An American expat tries to sell off his highly profitable marijuana empire in London, triggering plots, schemes, bribery and blackmail in an attempt to steal his domain out from under him.

Grant is absolutely superb as Fletcher. For once the actor actually plays a character! We all know what he’s like usually; the typecast posh British guy whose limited characteristics include the same sarcastic tone of voice and stiff body language.
Well this time round it’s a different story, with Grant transforming into a cockney character so convincing it’s actually a pleasure to watch. I’m certain critics worldwide have noted this, it is such a surprising element of the film. Top marks here.

Ritchie blends a perfect amount of comedy with this gritty gangster story; no sooner had a character been viciously murdered than another character did something that had the cinema audience roaring with laughter and remarks. This made perfect cinema, The Gentlemen barrelling along with enemies shouting each other down and quieter characters throwing a shitload of attitude about as they became embroiled in dodgy dealings.
The audience were loving it. And so was I. 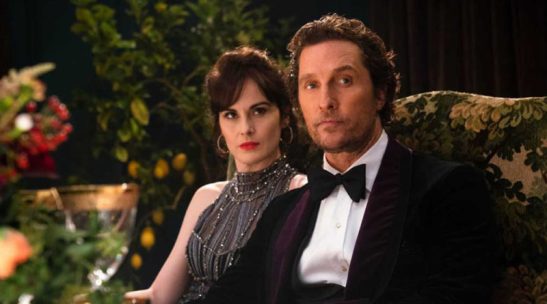 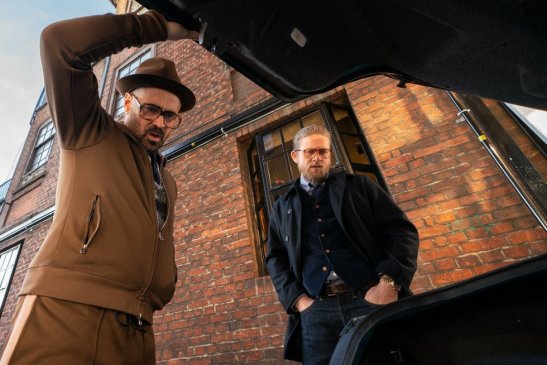 This is absolutely one for fans of the gangster genre. Expect a shitload of fast-paced hilarious scenes that are bursting with talent and topped with grisly ends for some characters. The Gentlemen mirrors the hi-tech world we live in too, where even someone plummeting from a high-rise building brings people scurrying around with their phones out so they can document it.
A highly entertaining piece of film right here, don’t miss it.

This entry was posted on March 1, 2020 by rickysfilmreviews.