The Hole in the Ground 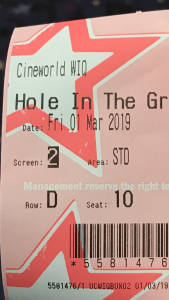 A young mother living in the Irish countryside with her son suspects his increasingly disturbing behavior is linked to a mysterious sinkhole in the forest, and fears he may not be her son at all.

I had nothing but respect for the producers of this film. And I felt nothing but enjoyment for its 89-minute duration. Why? Because The Hole in the Ground has to be one of the most unusually gripping films of the last few years, not to mention deliciously terrifying in parts. It’s slightly artistic in direction whilst making sure that even the most ordinary situations are bubbling with a sense of intrigue. For example, much of this film takes place in the lead characters’ secluded country house so a hell of a lot of it is Sarah kitchen dwelling and creeping down hallways as her little son sleeps in his room. Boring? No. The intrigue is heightened with each passing minute thanks to Kerslake’s performance. She’s not the most striking of women but conveys a genuine deep sadness with disgruntled facial expressions and those big eyes. This actress is brilliant; she’s one of those people who just has to stare at something in a certain way and everything seems to pause for a moment. 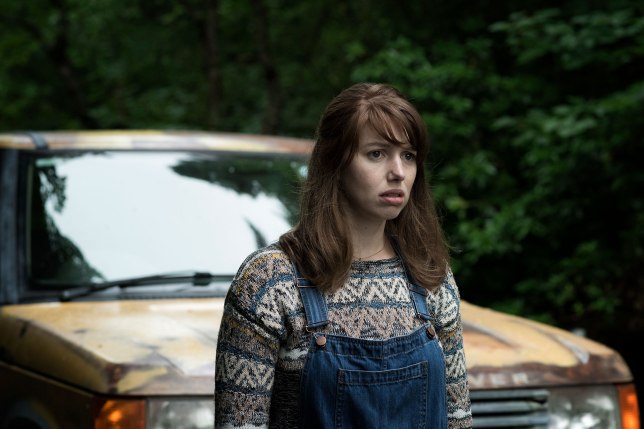 Funny looking thing. In fact, if Eve Myles (Gwen from Torchwood) and Rebecca Hall (boring as fuck in most of her films) somehow produced a baby together, Seána Kerslake would be it.

The casting for the role of couldn’t have been better. Less really is more as Kerslake takes the viewer on a journey of emotional turmoil, made more tragic by the fact this involves a blood relative – the character’s son. The love she feels for her only child is shattered when fear settles in, due to his sudden nasty snap in behaviour. It sends the story on a downwards spiral and becomes devastating as well as gripping – will Sarah ever get her son back? And what was the cause of his sudden change?

This is one of those (thank god) rare gems which pops up when you need it most. I.E. recent film offerings are so spectacularly shit that you crave something – anything – new to take you away from the current flow of superhero spandex, double acts, not-very-funny comedies, and a refreshingly new idea for a story you appreciate the authenticity of.. before realising it reminds you of a book you read when you were a kid. The Hole in the Ground does make a decent watch, although it could be likened to an episode of Stranger Things (a little too much actually). Its complete plot and character developments echo the Netflix hit but with Kerslake at the helm of a nicely filmed piece of drama you can guarantee a blend of entertainment and emotion, however Stranger Thingsy it might come across at points.

This film is very minimal and lacks what many other cinematic productions have included in recent times, such as in-depth character development, hefty storyline and focus on external characters. But I really don’t think it needs all that, this film’s fat-free example of drama is spot-on without all the other bollocks thrown in to beef it up. It works on its own level, like a live theatre production headed by two actors on stage.

Weird. Very weird. Give it a go.

This entry was posted on June 8, 2019 by rickysfilmreviews.