A mother concerned about her young son’s disturbing behavior thinks something supernatural may be affecting him.

This is a movie for the more serious viewer. The viewer who likes to immerse him or herself in pure drama, to follow a story that is so sinister and dramatic that they are constantly gripped by what unfolds. The viewer who rarely smiles. Because this movie won’t bring out many smiles, believe me.
The Prodigy is dark as hell and involves hardly any upbeat action, not even between parent and child. It remains a bleak watch until its closing credits as the younger lead character grows more and more aggressive, displaying unsettling behaviour that may leave some viewers feeling rather unsettled also. Alongside this are the parental figures who vent a constant sense of misery which isn’t good.

The concept of this movie – reincarnation – is a touch of originality at this current time in cinema. Its pivotal scene at the beginning which shows a man dying and a baby being born is intriguing too, the director putting emphasis on two of the universe’s most defining elements: creation and creation’s end – death. As I sat watching I wondered for a moment what the connection was of these two unrelated people. Then realised this was the creation of the connection. And with a powerful emotion filling the screen I just couldn’t fault the low-effort-big-impact work gone in to such a brief scene. Almost artistic in flow, it’s one the viewer should embrace. Especially if he or she wants to understand what happens later on. Weird but good stuff. 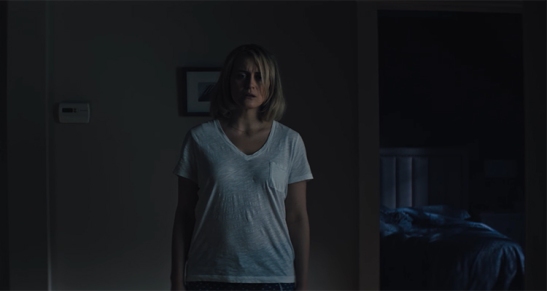 The major flaw in this movie is how far it pushes the idea of reincarnation. It seems the producers loved flying off the handle and actually turning the child protagonist into an adult man rather than keeping it at a creepy level. This was pure transformation, whereas they could have just introduced strange quirks / habits gradually which led to growing concern.. etc. Instead, little Miles literally becomes deceased serial killer Edward. One scene even goes the whole hog and gives the little boy the adult man’s actual face. This very brief moment may have been a figment of a different character’s imagination, but the producers confirmed the bizarre transformation here with bodily features.

Try it, but go in with no expectations and you won’t be too disappointed. Note I say too disappointed, because overall The Prodigy is a bit of a flop. It has one or two decent aspects to it, but if I was offered the opportunity to see it again I would probably choose not to. It’s just not worth the time. Shame though, the potential is there.

This entry was posted on June 8, 2019 by rickysfilmreviews.