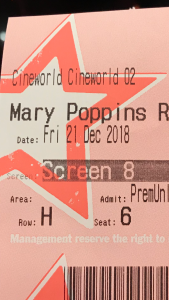 Decades after her original visit, the magical nanny returns to help the Banks siblings and Michael’s children through a difficult time in their lives. 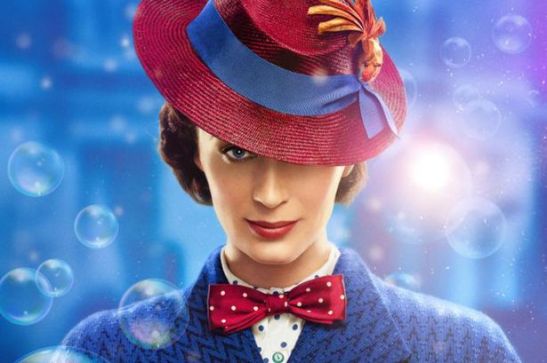 I don’t know if there could’ve been a better choice of actress to play the iconic nanny, but by god does Blunt do a supreme job of it. She is practically perfect with her use of posh diction, sharp tone and responses to other characters which instantly give her the higher ground over them. And by maintaining stiff body language at the same her portrayal of Mary Poppins is flawless. Those who are fans of the 1964 hit will either love this – or like it a lot but not as much as that one. Why? Because you’re viewing the story through the eyes of someone familiar with Julie Andrews’ efforts, knowing that what happens in each scene has technically been done before – only this time it’s different due to how times have changed. Where this film runs a risk is the comparison of the leading lady to the first leading lady. The comparison of special effects and use of other animation, and sizing it up against the classic. But if you are willing to overlook the fact that times have changed drastically, you’ll probably consider this a fitting sequel. 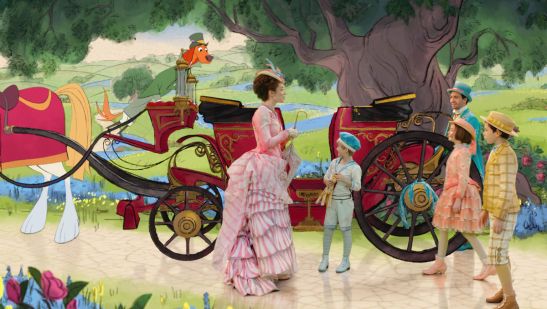 Blunt propels the entire movie forwards with dramatic splendour. She remains faultless in her performance as well as being its backbone, keeping the whole thing solid and entertaining. Her fellow cast members seem to rally round her like school children around a story-telling teacher (perhaps this is the point), but are just as passionate with their performances as her. And to be honest, the rapport between all of them signifies a job well done and I imagine their relationships off-screen were just as positive. The little ones are superb; very rarely do you get child actors who give a convincing display in the movies. There have of course been a handful of them who have been brilliant, but let’s face it: children are generally shit at acting because acting is basically lying. And children are (usually) so honest that it probably proves difficult for them to be someone else, because they have a natural innocence. They are so open that acting like they are a different person must be strange. These three (Davies, Saleh and Dawson) add a dash of endearment to the story with their adorable qualities and their characters standoffish reactions to Mary the moment she arrives, making an enjoyably funny watch. 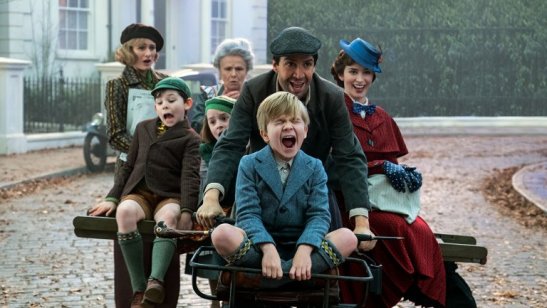 One thing Blunt does to keep Mary Poppins Returns in full swing is bring theatrical joy in the form of musical drama. The woman is faultless as she continually bursts into song, whisking her small co-stars along with her and letting off steam of utter joy. It’s not bad at all and in fact, contains a dash of humour – mainly Blunt’s attitude – which propels some scenes forward damn brilliantly. There have been interviews with the actress in which she has talked about her portrayal of Poppins, one I noticed mentioned her use of this attitude. How she made the nanny different to Julie Andrews’ version by being more blunt (HA!) and stern with the characters. And this I believe, given her deliciously dry moments when dealing with each child / adult. Blunt is everything you could want in a movie like this.

And if you’re wondering about the animation, I can confirm it isn’t bad at all. I was surprised how well the cartoon-like animals fit together with the actual actors on screen. Very convincing stuff.
Poppins’ entrance to the Banks home is the pivotal moment in this movie; she strolls through the open front door to gobsmacked expressions on the adults (grown up Michael and Jane) faces, and yet her reaction to them is very familiar as though she was only in their company a matter of weeks ago. I loved this. Mary’s gaze, Michael dropping his paper, her telling him to close his mouth, Jane’s uneasy laugh and confused children in the background.. every part of this scene linked together brilliantly to make it almost a trademark of the production.

Do you wish it was Andrews back on screen instead of Blunt? Does the story not quite meet your expectations? Was the production more tits-up than umbrellas up?.. 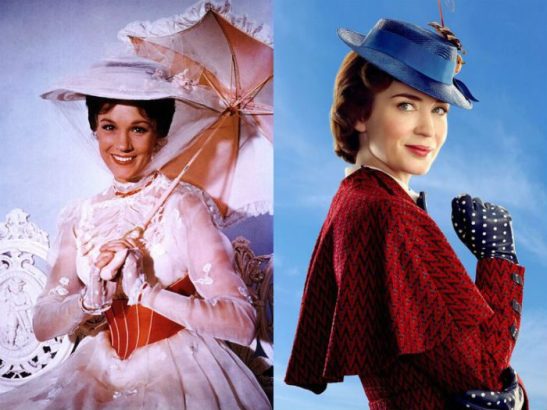 The moment Miranda appeared on screen cleaning and firing up lamps dropped a pompous net over the entire audience. Sitting there in O2 Arena’s Cineworld felt as though I’d just entered via a squidgy carpet hall decorated with chandeliers, after purchasing a programme at the box office. His rendition of “(Underneath the) Lovely London Sky” is perfect for West End theatre, but on screen it comes across pretentious, slightly out of place. This and the fact his song seems to drag out for so long you’d think he was pushing for a ‘best vocals’ award or something. A bit too staged.

Particular scenes needed more ‘oomph’. The bath time bit was delightful, but even the kids reactions to a dolphin appearing in their bathtub was that of, “his skin looks a bit dry doesn’t it”. Fortunately for them, Blunt steals the screen entirely with her soapy song.

The closing scene involving balloons has all the ingredients of a grand finale, but for some reason doesn’t make much of an impact. The effort put into Miranda’s opening should have been used here instead. You simply see the lead characters floating about whilst singing the closing number backed by a load of somersaulting random people. Ellen (Walters) bobs across the screen. The camera then pans down past her tights and Michael (Whishaw) pops into view, kicking his legs upwards, etc. It’s the type of performance that would make one corner of your mouth rise with raised eyebrows as you glance at a fellow viewer with an expression which says, “my god, how fucking cheesy is THIS? Let’s be entertained anyway”.

Such fun. But not really. Call me too critical but this bizarre free-for-all of characters fannying around in the air was minimal rubbish. 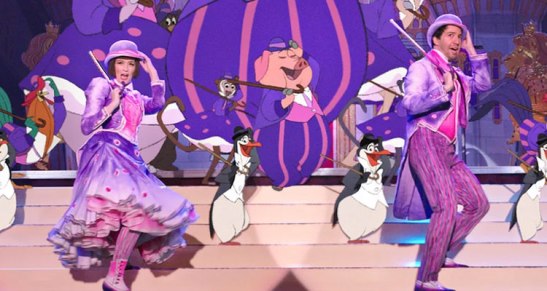 Mary Poppins Returns zones in on the titular lady and the Banks children whom she comes to look after. This plot is solid, but the adult Banks children (Whishaw & Mortimer) seem to dissolve into the background and are hardly seen for much of the film. So if you’re a fan of the original, be prepared for barely any engaging interaction between Michael, Jane and Mary. The denial of their childhood adventures also lets the air out of the tyres, putting a barrier up between them and her within a few minutes of her arriving.

Oh, but be prepared for the return of the actual Jane (Karen Dotrice) as an adult..
She’s not actually the role of Jane (there’s one already there) but her cameo makes a lovely moment, although it’s a totally random reason for her appearing. And it’s brief. So keep your eyes peeled for her.
Mary Poppins certainy returns, and Blunt is practically fucking superb in every way. The woman’s posture and costume, witty dialogue and the way she delivers it, her overall enthusiasm for the role.. is all faultless. She and her fellow cast serve up a hearty slice of entertainment for viewers of all ages. 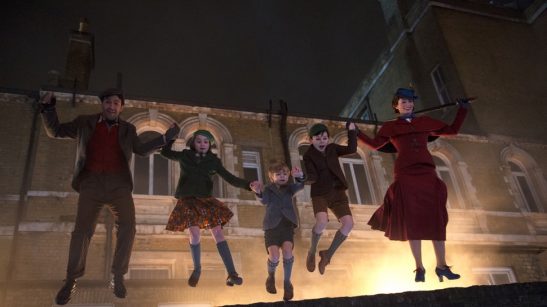 This entry was posted on March 2, 2019 by rickysfilmreviews.