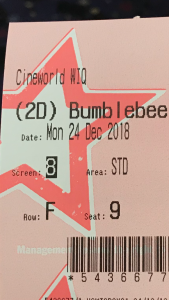 On the run in the year of 1987, Bumblebee finds refuge in a junkyard in a small Californian beach town. Charlie, on the cusp of turning 18 and trying to find her place in the world, discovers Bumblebee, battle-scarred and broken. 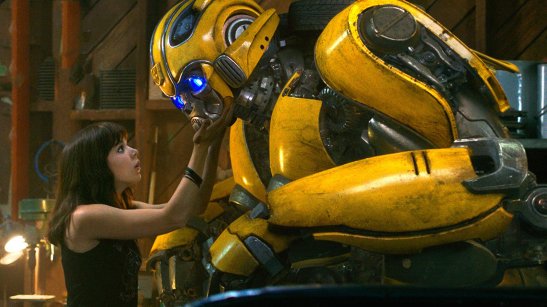 Bumblebee is such a light piece of entertainment that it’s kind of like the difference between bread and gluten-free bread. They do the same thing, but the gluten-free option has the stuff you like about normal bread removed. Diet Coke – normal Coke. You get what I mean. This movie is structured around its Transformers background but focuses more on the story of Charlie and the obstacles she faces when becoming involved with Bumblebee. This one moves at a good pace, it doesn’t get caught up in spacey alien-like shit like previous Transformers movies. In actual fact it’s probably the better version. Sci-fi drops a level and makes way for a sweet story of a girl trying to make her way through life whilst enjoying what she does for a hobby. The main Transformer nasties step back, Bumblebee wheels forward, and Charlie’s family and friends take the stage.

This movie echoes the likes of Flight of the Navigator and E.T.; the stark set and wardrobe lend an authentic touch to the 1980’s atmosphere. Some of the outfits and general attitude seem funny at times because of how obviously dated they are (if you are a child of the 80’s), it gives you something to relate to or reminisce of. This is the type of ‘lonely kid discovers something magical’ plot that many of us have seen in the past. So if you’re a fan of Transformers and the sort of viewer who enjoys being whisked away in nostalgia – this is the movie for you.

Frankly, I thought Bumblebee was a load of shit.
Disgruntled girl discovers a car.
Car springs to life.
Girl and car form a bizarre relationship.
Car gets into trouble.
Girl tries to save car..

..it’s everything you’d expect from a far-fetched plot of pathetic proportions. Perfect for younger viewers, it contains a high level of fantasy-adventure that is easy to follow. But adult viewers will be lost if they are waiting for something interesting to happen.

The plot contains a handful of, “for fuck sake” scenes, such as lead character Charlie (Steinfeld) stood at the edge of a cliff hesitating on whether or not to dive into the sea below – mainly so she can impress a local heartthrob. Eye-roll. But this is what you’re dealing with here, immature rubbish. 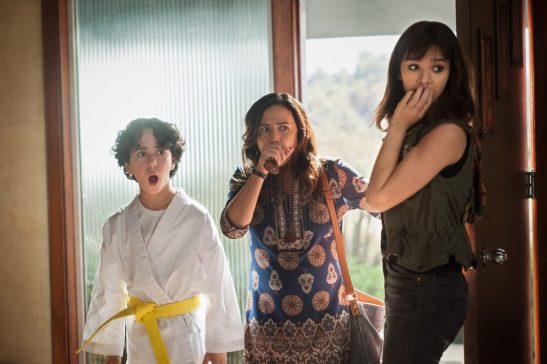 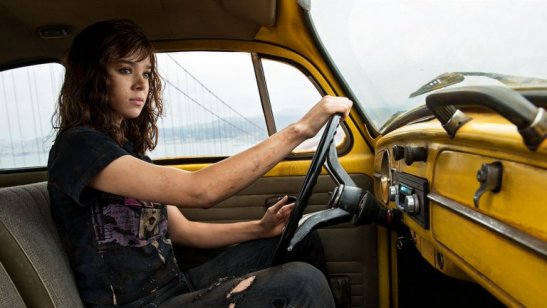 Although Bumblebee stems from the Transformers themselves, the movie barely touches on the shapeshifting beings. A few of them do appear at the beginning and in the middle but other than that, the whole thing may as well have just been its own concept. This movie is basically Hailee Steinfeld with a bad haircut, acting like a moron. Harsh but true.
I cannot deny Bumblebee is something of a guilty pleasure, but at the same time it just doesn’t contain enough excitement.

Hands up if you’d watch this again!..

(both of my hands remain on the table).

This entry was posted on March 2, 2019 by rickysfilmreviews.