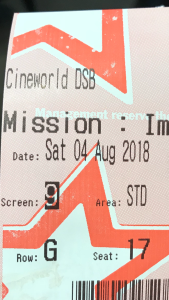 Ethan Hunt and his IMF team, along with some familiar allies, race against time after a mission gone wrong.

Mission Impossible: Fallout had about as much of an impact on me as someone on Facebook announcing they are getting married. You know, “oh. Alright then”.

Watching Cruise run around icy plains and manoeuvering from one vehicle to another – or one building to another – provided me with a very minimal amount of excitement. Why? Because I’ve seen it all before. I really have. The man is fast becoming the Liam Neeson of Hollywood; I.E. generally performing characters almost identical to the ones he has played before. Characters who are basically Tom Cruise – but with another name. Who perform the same stunts. Run at the same speed. Get into the same highly predictable sticky situations. Win every fight. Face life-threatening situations, and yet come out unscathed. The checklist of Cruise’s movie character traits must be lengthy, because by god each one is as tedious as the last. We know what to expect. We know what’s going to happen at the end, or who’s going to win. It’s just how these movies are made. 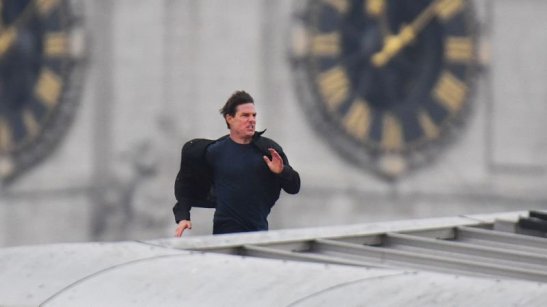 Mission Impossible: Fallout is strung together by some action-packed scenes which help move it along at a decent pace. One or two of these scenes are nicely done, including a mountain-top collision and airborne helicopter scaling. It’s enough action to keep the viewer on his or her toes. The only downside are the slower scenes between various characters who are all linked to Ethan in some capacity. One such scene stands out due to being so insufferable I felt as though I was turning to ice just sitting there in the cinema..

It involved a number of characters working together in snowy conditions to diffuse a bomb. And it was boring. I cannot think of any other way to describe it. It bored my balls off. This scene was tense but played out slowly for some reason. With the focus jumping from person to another, it was plain to see the producers enjoyed writing a lot of dialogue into the script before filming that’s for sure. This felt like a team effort that was an effort to watch. Still, we all have different opinions. Thank god.
The casting for this movie leaves a lot to be desired too. 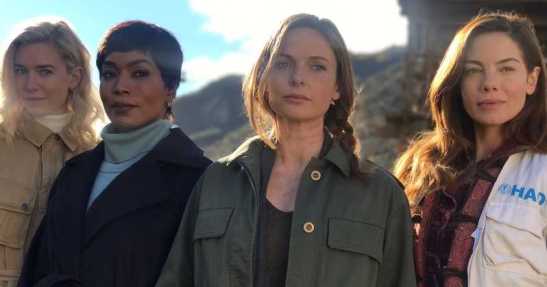 I refuse to write any more about this movie.