Ant-Man and The Wasp

As Scott Lang balances being both a Super Hero and a father, Hope van Dyne and Dr. Hank Pym present an urgent new mission that finds the Ant-Man fighting alongside The Wasp to uncover secrets from their past. 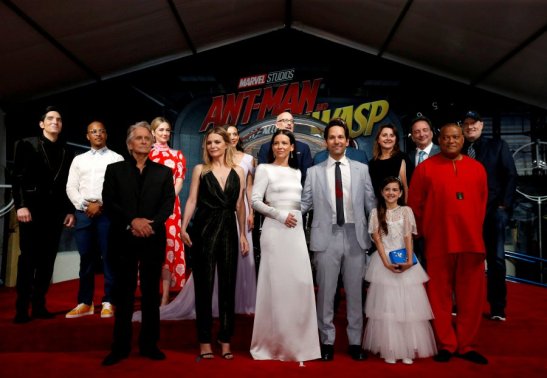 Ant-Man and The Wasp isn’t a bad sequel at all. Rudd, Douglas and Lilly return to reprise their roles in what is possibly one of Marvel’s most unique offerings. It varies vastly from the likes of The Avengers or Guardians of the Galaxy, just by combining man and insect and adding comedy where necessary. Its story is simple and highly imaginative, shown particularly during scenes where two realities split and Scott explores the quantum realm. This whole concept gives the movie a scientific undertone too, good stuff.

Rudd leads the way with unstoppable energy, providing this instalment with continuous comedy. He delivers some witty dialogue and rules the one-liner roost, but pipes down nicely for more gritty scenes. This is where Ant-Man and The Wasp wins on the emotion scale; mirroring real life it switches from one feeling to another within seconds. Mixing a decent amount of comedy and drama makes the story that bit more believable.

This is the first film I have seen in 4DX. 4DX being a new cinema experience whereby viewers are fully immersed in the action taking place on screen by being treated to moving seats, scents, water, wind, bubbles, fog and strobe light effects. It’s a bizarre atmosphere to sit through for the length of a film, but strangely enjoyable at the same time.The seating lifts off the ground, throws you forward and backwards (as safely as it can of course, I don’t think Cineworld would want to be held liable for broken bones).

The water is spritzed from a horizontal platform down by the front of the auditorium, so is a fine mist by the time it hits your face. And the scented air is just plain bizarre; throughout Ant-Man and The Wasp all I could smell was mouldy lemons. Strange but true. The scene where Scott is involved in a chase with various vehicles speeding down a main road sees his daughter’s Pez dispenser blown up to a gigantic size. And as it bounced across the road, out came the scent.. the air in the cinema turned a strange fruity smell. Fascinating, having my senses heightened with wind filtering through my hair and the smell of Pez confectionery around me. Or sort of Pez. To be honest, whenever the scent element was used it smelt of mouldy lemons. Weird. 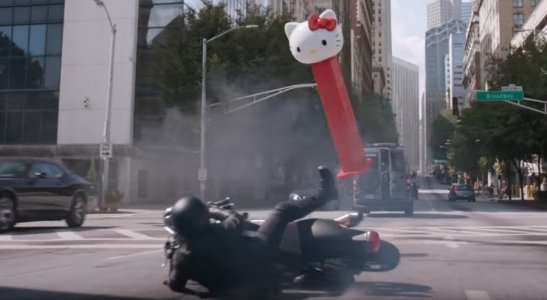 So apart from thinking a bag of rotting citrus was stashed beneath my seat, the 4DX experience wasn’t bad – especially for the type of film I was watching. Bloody pricey though if you don’t have a Cineworld Unlimited Card (other cinemas may vary). 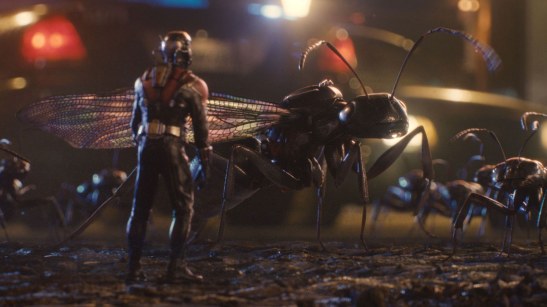 Is it just me, or is this secondary Ant-Man film focused more on family relationships than the juicy sci-fi concept as with the previous one? A part of it sees Scott and his daughter Cassie enjoying play time together. This part seems to bang on for ages, until its message is drummed into viewers brains that spending quality time with family members is important. I personally sat with my arms folded as I watched the cringeworthy scene play out – until my seat rumbled and shifted slightly, and I giggled (never has the sensation of my testicles being operated on been such fun).

But back to the point, Ant-Man and The Wasp certainly focuses on the relationship between a man and his daughter which fizzles out the excitement of Scott’s mission to thwart a new enemy who has surfaced. Bit shit, but I suppose the producers have to portray the balance between Scott being a father and a superhero. Just be prepared for high-speed action scenes to change to more cosy scenes where our leading lad spends time nurturing his offspring. It mixes the dynamics, but a bit too much.

Ant-Man and The Wasp offers a few witty moments between the titular lead characters, along with some excellent sci-fi and visuals. It’s perfect for younger viewers and watchable for older. Overall it’s not bad but it’s just another Marvel thing to add to the long list, you know.

This entry was posted on November 25, 2018 by rickysfilmreviews.