An unhinged social media stalker moves to LA and insinuates herself into the life of an Instagram star. 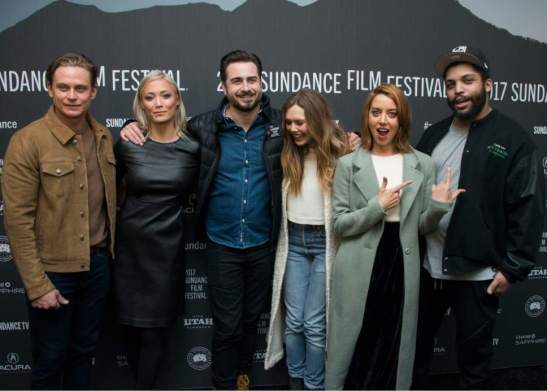 Ingrid Goes West is one messed up movie. It’s darkly funny, it’s twisted, and it’s downright observant at the same time. This is one of those productions that differs vastly from most you’ve seen before in terms of plot and its filming style. It’s an urban treat too if you’re into indie chicks and their social antics, and Plaza takes complete control of the movie at all times. The woman’s enthusiasm for the movie she co-produced clearly shines through as each reckless scene melts into the next, and by god she gives a convincing performance as Ingrid. Shaky mannerisms and social awkwardness bring the unhinged obsessive to life splendidly, whilst maintaining a highly engaging character. The winning streak for this movie is how unpretentious its theme is; focusing on a young woman’s desperate desire to become part of her Instagram idol’s life. It’s an interesting concept – transforming from shabby to chic and when Ingrid does eventually rub shoulders with Taylor it gets uncomfortable..

Given the protagonist’s background, her adventure seems an impossible feat – but somehow she pulls it off and revels in the world she always wanted to be part of. The scene where Ingrid first meets Taylor in a small shop is so nail-bitingly uncomfortable that it surpasses highly entertaining viewing. Cue Plaza’s wide-eyed stares which feel as though they last at least 30 – 40 seconds, and nervous chit-chat. Then the clumsy tripping over and dropping things begin.. it’s brilliantly horrendous and I honestly haven’t sat in front of something so uneasy for years – I was loving it.

Another scene sees Taylor and new friend Ingrid sipping wine at Taylor’s home. As the socialite chats away about her job and other things, the viewer gets bizarre reactions from Ingrid:

Eyes staring over the rim of her wine glass.

A lopsided grin turning into facial expressions of confusion.

Slight panic in her voice.

Lying – telling Taylor incorrect information about herself and her life.

Ingrid Goes West is completely screwed up, but works a treat when showing how desperate a person can be – that person finally gaining what they set out to get – and then their life unravelling fast. The movie doesn’t lose itself in complex plot or lengthy script either, moving at a slick pace and eventually concluding with Ingrid’s realisation that she either stop what she’s doing or face disastrous consequences. 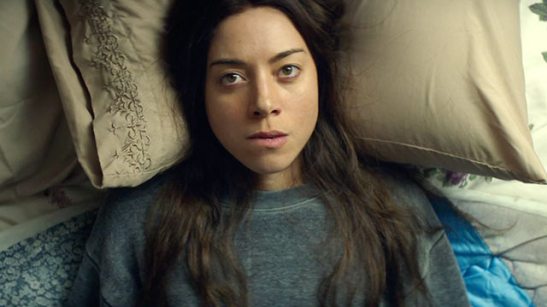 Ingrid Goes West does brilliantly in portraying the effect of pretentious social media crap that many young females and males get wrapped up in these days. The scene where Ingrid first discovers Taylor on Instagram is perfectly puke-evoking. Click,

Photo of girl on a beach.

Photo of what girl has for breakfast including description of all ingredients.

Photo of girl at a party with drink in her hand. 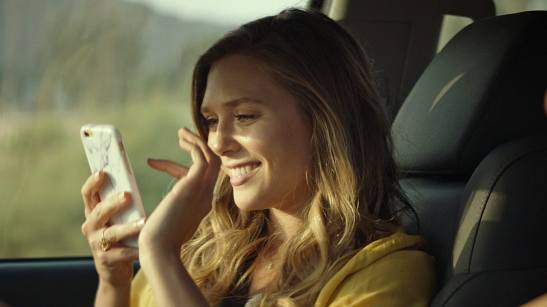 Photo of girl’s new outfit with description of every garment.

..scroll up. Scroll back down. 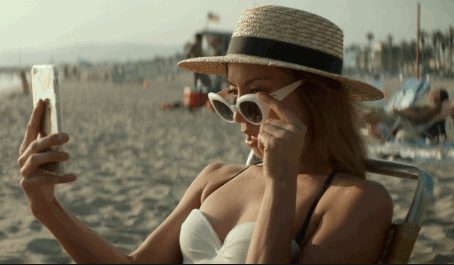 The portrayal of prowling social media out of intrigue by another person’s life is just superb. Ingrid is engulfed in a sea of emojis, photographs, comments and likes, clothing, food, giggling girls, hats, shoes, social events.. it’s almost nauseating – but it is 100% accurate to life as we currently know it.
The producers do a brilliant job of stating the obvious, showing how insufferable some girls can be. How every step of their life is catalogued every 2-3 hours of each day on Facebook, Instagram, Snapchat, Twitter.. this scene won me over instantly with its highly observant nature; it almost felt as though I was watching a documentary as Olsen’s voiceover warbled many an “OMG”, “hashtag – great summer”, and other sickly self-absorbed sentences. 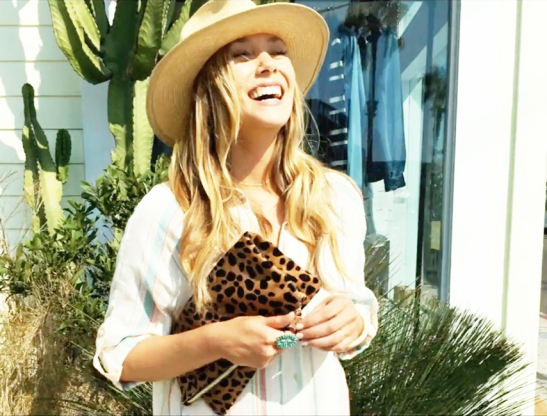 And of course, those pretentious people who upload a photo and stick a caption underneath – this caption being a famous phrase of a well-respected literary genius who they are not overly familiar with.. they just picked it up somewhere.

If you ever meet a person who has no involvement whatsoever in social media and wonders what the fuss is all about – give them a copy of Ingrid Goes West. I’m certain they won’t want to go anywhere near it.

Ingrid Goes West is truly twisted. But equally it’s realism at its best. I don’t think I could sit through its pool parties, road trips, admiration-turned-stalking, drug-taking, swiping left, or money splashing again though. Although entertaining in places, this movie is like a non-smoker sat next to a puffing addict. Its suffocating cloud drowns the viewer with overpowering stuff they might not want to be around.
This is Single White Female on steroids.