A series of murders has shaken the community to the point where people believe that only a legendary creature from dark times – the mythical so-called Golem – must be responsible. 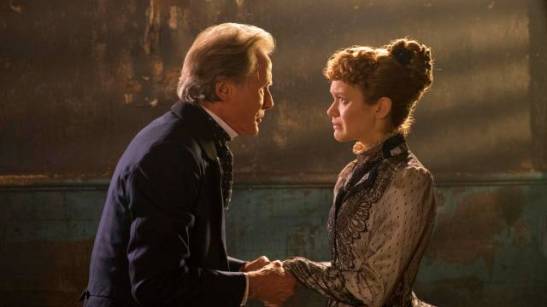 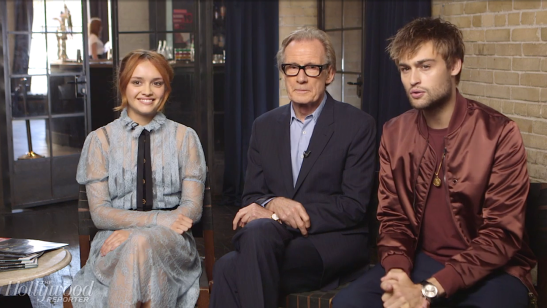 Good god, that was ball-busting. Dark, serious, very serious.. and a bit more serious. This movie was a step down the career ladder for Nighy too, who in most productions wins us over with a slick and sharp humour. But this time round the man is dull as arse as he strides around Victorian London, playing the detective. On the plus side though this movie highlights the more stern side of the man’s acting talents, so The Limehouse Golem is another of 2017’s half and half‘s

This movie is 80% darkness, 20% light. As in literally – 80% of it is set in dingy jail cells and pitch black back streets, candlelit apartments and dark sloshy riverside. The 20% is mainly Kildare’s office. By Christ, it’s a tedious watch. The kind of thing you’d find on BBC1 on a Sunday evening that you can’t really connect with so leave running in the background as you get on with the chores. Some scenes are tediously dragged out, with Nighy and Mays making an excellent double-act but heralds of some proper boring shite. One incredibly random moment sees Kildare’s young associate confide in him that he ‘bats for the same team’ as his elder. Kildare flashes Flood an icy stare before continuing with his task, and the subject is never again discussed. Weird. 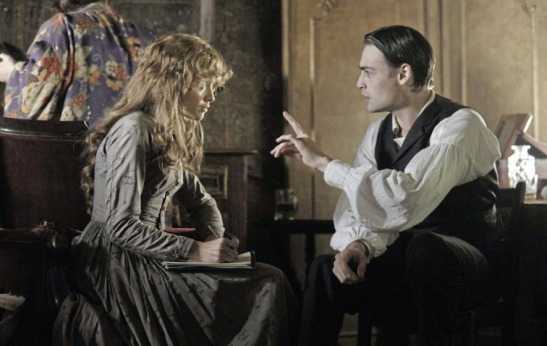 I tell you what; it really doesn’t help in movies such as The Limehouse Golem when the whole thing consists of dreary shit – and then an almost irrelevant situation like this homosexual one is dumped on top. It just rubs salt into the wound, and becomes eye-rolling stuff. This movie drastically lacked something. I think it could have been a lot more gripping, with better directing style.

If you love a bit of Bill Nighy’s comedy you’ll either be sorely disappointed or highly impressed. He is different here, offering a stern-faced inspector who is slick and quick-witted. I must say, although Inspector Kildare is dull as arse, he’s still very engaging. The actor keeps the movie’s momentum flowing at full force by chanelling that same energy he has in comedies into a more serious portrayal of a Victorian Scotland Yard inspector. So maybe I can’t complain, because be does do a good job – he’s just different to what you’ve had from him in the past. 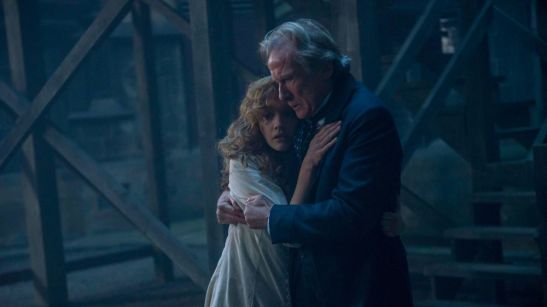 Booth is very impressive as music hall performer Dan. The man displays some highly effective acting as he glides from stand-up comedy to serious dramatics. Booth’s effort is to be applauded during more serious stage monologues where he has tears streaming from his distraught face. You can tell the actor himself has had some form of classical training, he is absolutely spot-on.

Cooke is good. She steps in to a Victorian role effortlessly, mixing coy with cockney and at the end of the movie becomes more intriguing than she has been the whole time. Her moany portrayal of Elizabeth vanishes and out comes a feisty bitch as The Limehouse Golem comes to its end. Good stuff.

Yet again, a movie which features an area of England I am very familiar with – Limehouse. Effing love it. Sat on the outskirts of the City of London it’s the closest you can get to Tower Bridge with free space before you’re swamped with tourists. Not a bad place. Bit shabby, but not bad. I didn’t have a chance to absorb much of the old fashioned set though, this movie moves quickly and takes place indoors a hell of a lot of the time. This aspect is a convincing display; Victorian playhouses made from wooden planks and puffy curtains. Thespian dressing rooms and stage door back alleys also add to the grim atmosphere.

And that’s it. I refuse to discuss this movie further. If you sit down to watch this, you’re in for a boring time. However if you like a bit of old-fashioned dark police mystery, chances are you’ll enjoy it. Personally, I would rather eat my own testicles than sit through this again.