Acclaimed writer and historian Deborah E. Lipstadt must battle for historical truth to prove the Holocaust actually occurred when David Irving, a renowned denier, sues her for libel. 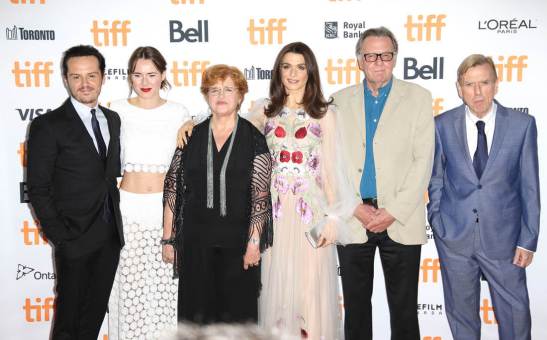 I hadn’t heard of Denial until my eldest sister sent me a Whatsapp message asking if I’d seen it.
So I looked it up, liked the sound of it, went to see it, wish I hadn’t.
I was as bored as Weisz looked throughout filming.

That’s right. Although this movie contained an intriguing concept, I was bored senseless to the point where I genuinely didn’t mind stepping out of the cinema screen for seven to eight minutes to answer a call on my mobile phone. And when I went back in and returned to my seat, I realised I had no catching up to do whatsoever due to the sheer lack of eventful scenes. Nothing much had happened at all.
Denial would probably make an ideal hour-long special on television, but it certainly didn’t need a 108-minute BBC Films movie produced from its script. It’s more bland than wholemeal rice, the only saving grace being its core concept; one man denying that the Holocaust ever happened (played by a rigid Timothy Spall), one woman believing firmly that it did and trying to prove him wrong in front of a court and the judge.
Ultimately, viewers are subjected to court proceedings involving a lot of arguing (not even entertaining arguing) and Deborah (Weisz) going for midnight jogs in a tracksuit. Thrown into the dull mix is a lot of legal jargon which should satisfy the more law loving of you. But otherwise, Denial was boring.
Very boring.
Arse cheek-swappingly boring. 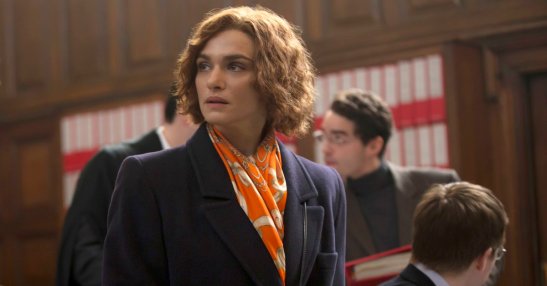 Director Mick Jackson seems to thrive on talky scenes with this movie. For example, when Deborah first lands in Poland a dinner party takes place where she sits chatting about her job as a professor of Holocaust studies. This is then followed by a scene with her in court, again banging on about her job and how much it means to her to win the case. Good god, I was growing tedious with it all.
Come on, Jackson – you must’ve realised halfway through production which shitty road this movie was going down. 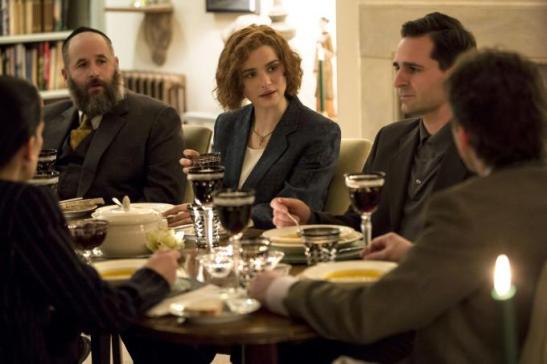 Surely SOMETHING went right though, no?..

Timothy Spall. Genius. He saved this movie. And yet he hardly did anything. By far the best actor, the man delivers a convincing performance as rigid Nazi Germany scholar David Irving. Most of his screen time is spent standing behind a dock, barking viciously at Deborah and her legal gang, but it works well. Like an attention-seeking dog who keeps jumping up and barking, Spall remains an engaging presence and truly spoils the viewer by offering a performance which is far more entertaining and steadfast than the rest of the cast.

Wilkinson did nothing for me at all during the movie. He spends all his time being a well-spoken British barrister. And that’s it. No character dynamics or development, he literally is just – a barrister. Not much more I can say about him.
It was quite refreshing to see Harriet Walter make an appearance as a surviving Holocaust prisoner; she usually pops up as a bit-part in various movies (no change here) but makes an impact every time. I fear she’s not made use of enough though, poor woman. 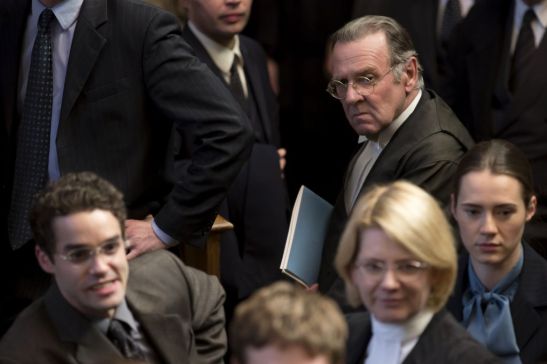 Denial is every historian’s paradise. And anyone who has an interest in the Holocaust will probably find this movie quite entertaining. Although I personally found it dull as dishwater, I can’t deny it contains the right amount of action to satisfy those who have studied the historical event. On-site visits to the prisons of Auschwitz and heated court arguments certainly add to the movie’s structure, ensuring the appetite of keen viewers is more than whetted.
But other than this, Denial is one to be missed – and not give a crap if you have.