Three girls are kidnapped by a man with a diagnosed 23 distinct personalities, they must try to escape before the apparent emergence of a frightful new 24th.

Good god. What a movie.
Split is one hell of a mental rollercoaster, delving into the life (lives) of a single man as he becomes many other people over a specific period of time – whilst kidnapping three young girls and keeping them in a makeshift dungeon. Why? Christ knows. I was more interested in how the hell these three females were going to escape.
Split is an intriguing piece of film, it involves a lot of tension and the air of dread it brings about is rather effective. Its story is literally split – into two separate themes; a kidnapping taking place and the captivity of those kidnapped as they try desperately to figure out escape plans. 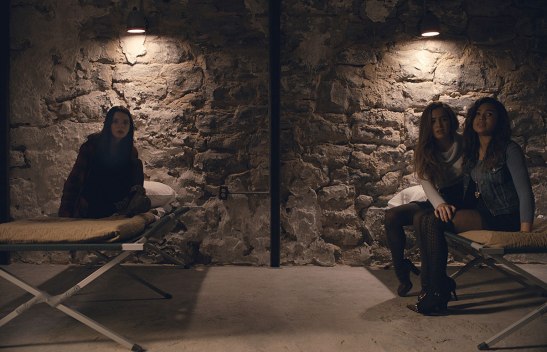 I’ll be honest: I found parts of this movie shit-scary, mainly due to the dreaded atmosphere created by McAvoy himself.
It’s quite freaky how Kevin simply gets into the car of Claire’s father and just sits there. McAvoy’s performance is just superb as he plays it nastily cool; sat in the driver’s seat getting on with some car maintenance as though he owns it, whilst the three girls are completely dumbfounded by it all. It’s one of those scenes that verges on funny because of how surreal it is.
You can tell he’s a trained actor, he pulls character after character out of his bag and delivers a wonderfully sinister performance with Miss Patricia, Hedwig, Dennis and Barry.
Split is one of those movies that will have most of you staring at the screen with just one phrase on your mind: ‘WTF’.
It is far from your average movie as both normality and reality seem to evaporate under Kevin’s wrath.

Those interested in psychology and the like should find Split rather interesting. Most of the movie is shown from the perspective of psychiatrist Dr. Fletcher as she becomes deeper involved in Kevin’s sinister activities. The movie nicely blends a horror story with psychology so you’re getting two for one here; a medical professional and her examination of her patient during therapy sessions in her study, and three girls across town imprisoned in a derelict building who are trying to escape. It’s quite interesting in a sense, very rarely does the predator in a thriller pause to be studied – until now. The added bonus of the lead character’s mentality and intentions being exposed and explored ensure a nice balance in scene dynamics. Good stuff. 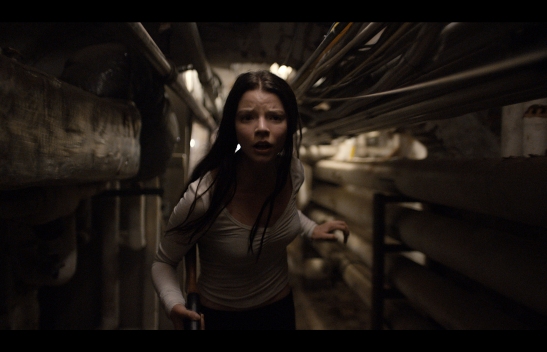 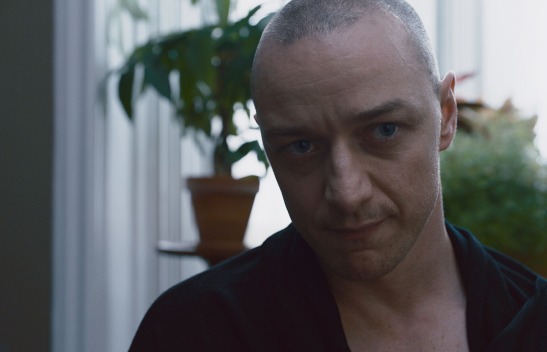 Some of McAvoy’s scenes are so strange that they become almost funny. The actor pushes a lot of energy in to his roles, with Hedwig taking the spotlight as the lispy nine-year-old who is constantly afraid of getting into trouble with “the others”. The character is sweet, and the actor lets it all flow when Hedwig shows Casey his new dance routine to a rap song.
And when Casey befriends him and tries to find a way out, it turns out Hedwig’s bedroom window isn’t all it appears to be..
This scene between McAvoy and Taylor-Joy sees a warming encounter quickly turn to dread, the atmosphere becomes one of disappointment for both character and viewer. Tensity is nicely boosted here. 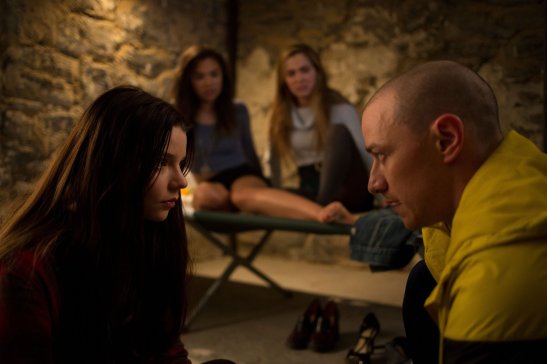 Split is a prime example of one of those types of flicks you’d probably only want to watch once – and then forget about. However tense it is during certain scenes, it doesn’t make much of an overall splash and is more of a one-time mind bender. It is a bit confusing but a bit simple. Easy to follow but bloody weird. Tense and intriguing, but not overly entertaining. Certainly not a movie that would subsequently see McAvoy swaggering through a glitzy crowd whilst buttoning up his jacket, before walking up a flight of steps to collect his Oscar from the awards presenter. It may entertain, but it’s not fantastic.

Worth paying for?
Absolutely not.
However much McAvoy sits boasting about it during interviews.