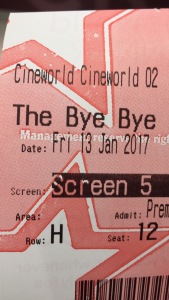 Three friends stumble upon the horrific origins of a mysterious figure they discover is the root cause of the evil behind unspeakable acts. 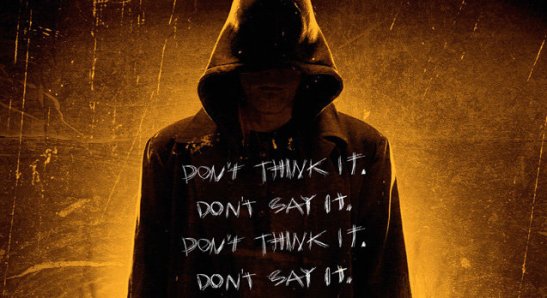 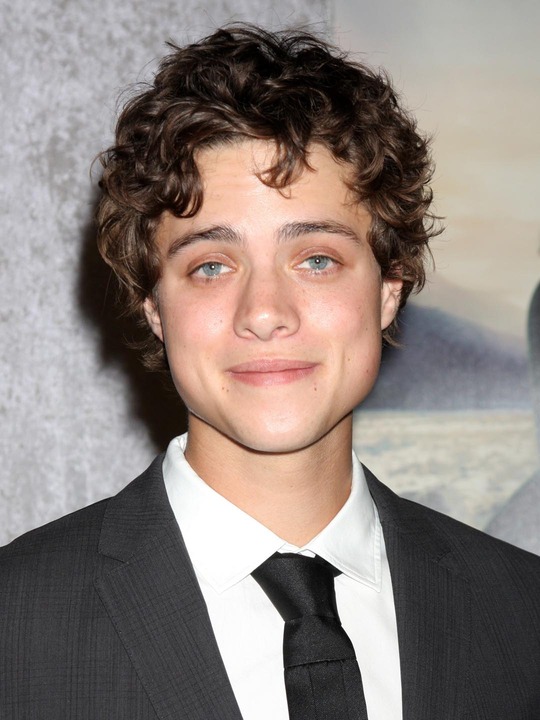 The Bye Bye Man.
What a terrible bloody movie. Good god, it was awful to sit through. And not even in the ‘so bad it’s good’ sense. Every element of this production was flimsy; from an awful script and bland actors to the sheer lack of action happening on screen for 94 minutes.

The movie opens with a seemingly normal suburban American man in his house – who soon leaves his house and starts running after his neighbours who are just across the road, shouting out, “DON’T THINK IT! DON’T SAY IT!
DON’T THINK IT! DON’T SAY IT!”, over and over again.
This instantly reminded me of It Follows (2015) which opened with a similar situation; a random schoolgirl fleeing her house and running up and down her street in sheer panic, clearly being taunted by something.
The plot of The Bye Bye Man is quite similar to It Follows too; something unknown is coming for the lead character and you either run from it or pass it on. The only striking difference of course being that The Bye Bye Man is just awful, whereas It Follows is actually quite unique in direction as well as story. 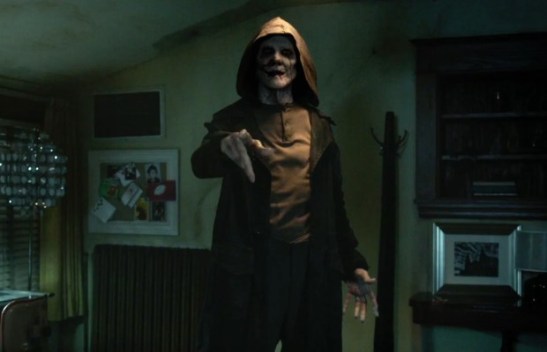 The only way I can describe this movie is that it’s like one of those DVD’s you rent from an online entertainment library, which turns out to be anything but entertaining. You know the sort: as you flick through the C-list ‘unknowns’ list and raise your eyebrows slightly at titles such as, One Missed Call or FeardotCom – and just select any old random, hoping it might do the trick..

…and it’s switched off and back in its envelope 10-12 minutes in.

That’s the type of tripe you’re dealing with here. Thing is the insincere actors, skeletal script, lack of gripping action, and the plot itself all add to the awfulness like oxygen fuelling a fire.
A very shitty fire.
The Bye Bye Man has potential to be a brilliantly sinister little horror, but misses the mark and flops spectacularly. Added to this is the fact it’s different to what the trailer makes it look like. For example, it’s not actually about the Bye Bye Man coming after his victims – it’s about him making his victims do things, perform weird or terrible actions on themselves or others. So in a way, the mysterious lead beastie steps forward to puppeteer his victims – not actually attack them himself. What a cop-out.

Oh, but then of course you have the absolute classic of a character who admits something strange is going on, yet remains ignorant to the events happening around them..

Sasha (Bonas) makes the perfect dumbass girlfriend. The kind of girl you just want to reach into the screen and slap many times around the face with a used nappy. Her ignorance is just superb – in the most irritating way.
Firstly, the girl admits there is something going on around her and her friends. She says how strange and bad things are happening.
There.
You have the lead female acknowledging the situation.
The Bye Bye Man then appears and makes himself known to her boyfriend Elliot (Smith), who freaks out in response.
Sasha is startled by Elliot’s freaking out, and turns to comfort him whilst exclaiming something like, “Elliot, there’s nothing there!”.

I fucking HATE this in horror movies. When one of the characters knows what’s happening – but says it’s not. By Christ, it’s bigger denial than me at fourteen years old saying I liked girls and not guys. It’s just not needed in these types of movies and is actually very annoying. 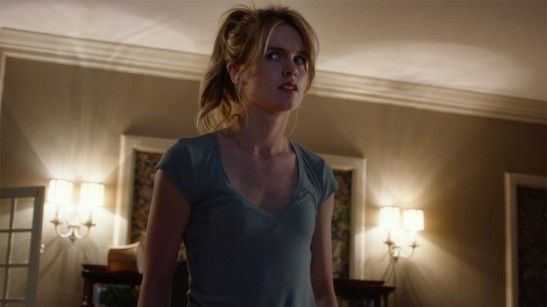 Ok, so the good stuff.

The one and only good element of The Bye Bye Man is its concept. Its idea of a person never being allowed to even think of someone’s name, let alone speak it. The notion of trying to shut someone out of your mind completely and not let their name slip through is different. Refreshing. It’s an idea I have not seen before (the only similarity I can think of is Village of the Damned back in 1995, where Christopher Reeve plays a doctor who has to keep the village children from accessing his thoughts. The chap thinks of a brick wall – genius).
So for me, The Bye Bye Man scores points in this area for containing such a story. But, like many shit movies before it that have done the same thing, the story is completely ruined by the flawed effort gone in to producing the overall movie. This is a typical, ‘could have been really good’; alas it was not, and I almost said “bye bye” not even halfway through when I considered walking out. 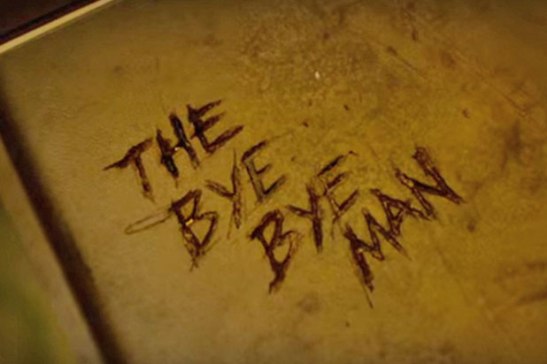 Absolute trash from beginning to end. But for some people that might be what makes it so good.
Give it a go if you’re absolutely desperate. Otherwise, you should kiss goodbye-bye.