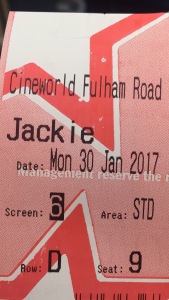 Following the assassination of President John F. Kennedy, First Lady Jacqueline Kennedy fights through grief and trauma to regain her faith, console her children, and define her husband’s historic legacy. 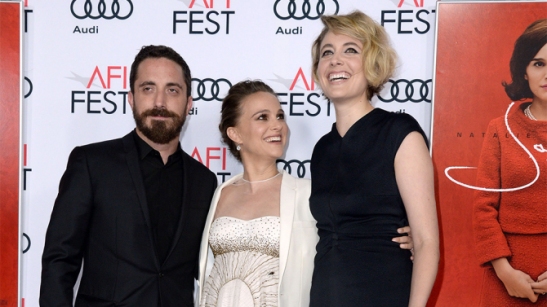 The Show (home) Must Go On.

So. Jackie.
And my first observation of this production is of how director Pablo Larraín brings viewers into the world of Jackie Kennedy. He does a good job in certain parts, especially the more harrowing scenes involving Portman as the President’s wife following his assassination. Obviously. I mean, the portrayal of such a lady during such a time has got to be done well hasn’t it! And most of it was. But – some of it was not…

Firstly, Mrs Kennedy herself.
Before seeing this movie, I had absolutely no idea what the woman sounded like. Or acted like. I was unfamiliar with her mannerisms, her entire personality. Jacqueline Lee Kennedy Onassis is a historical figure who I have been strikingly aware of for years, but have never actually observed in person. So, as any good YouTube-er, I jumped online shortly after seeing Jackie to get a glimpse of what the woman was like. But mainly to see if Portman had done a good job of portraying her.
And from the video footage I watched, I can state without a doubt that Portman absolutely fucking nailed it.
Probably the most noteable trait she got spot-on was Jackie’s squeaky voice and misty facial expressions. Tight cheekbones and determined eyes, just sitting there watching the actress on screen I could tell she was putting her all into her performance. Portman’s energy is high as she slides effortlessly into character and delivers the goods in a captivating style. This is one of those movies where you can feel the effort being channelled into the lead character as the final product radiates nicely from the screen. Great stuff, and a very accurate impersonation from Portman. 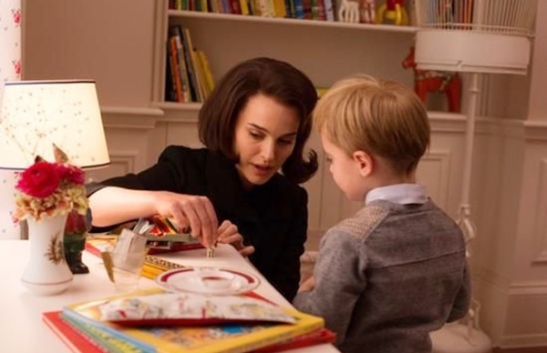 Scenes involving the First Lady showing people around the White House were a bit too lengthy. The movie bounces back and forth between the assassination aftermath, and prior to this as Jackie takes the public around her cream-coloured home on a grand tour. But it drags on a bit as Portman stands (usually in one spot), describing what bits of furniture are used for, etc. Wooden bed posts, curtains, doorframes, windows, carpets, tables and table feet.. any fan of Homes Under The Hammer will bloody love it. But personally, I was bored shitless. Granted this was based upon true events led by the woman herself, but the director seemed to turn a good percentage of Jackie from a movie in to some sort of show home documentary. 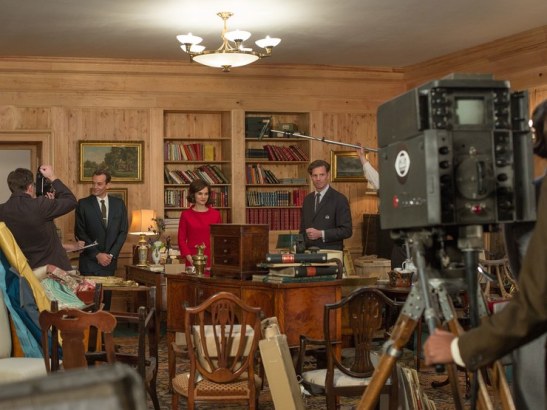 The movie centers around an interview between Jackie and an interviewer (Crudup), so viewers get the facts (or some facts) directly from the woman herself. 80% of Jackie is Portman sitting at a table, smoking a cigarette, giving the interviewer what he wants but at the same time reversing the roles so that she asks questions also. In fact, the movie becomes slightly tedious in places due to the woman’s constant comeback comments such as, “what do YOU think mister journalist?”, and “do I give you permission to publish what I just said?.. no”.
All the time Portman does an excellent job of portraying the widow though, so it’s difficult to fault her. 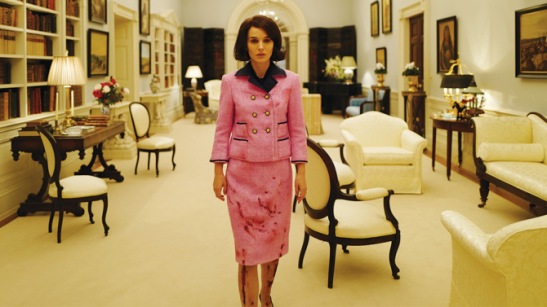 As I exited the cinema I noted two ladies in front of me and their opinions on Jackie.
They weren’t overly positive.
Literally as I was through the doors myself, one turned to the other and said something like, “..well it was alright, but..”.

Far be it from me to jump both ladies at the same time, wave my phone (iPhone notes – comes in handy to jot a few words during a movie) in their face and announce, “purely for my wonderful website may I get your full views on this movie” – so I left it there. But I got the sense they didn’t mind Jackie – but that something was missing. And I was inclined to agree. 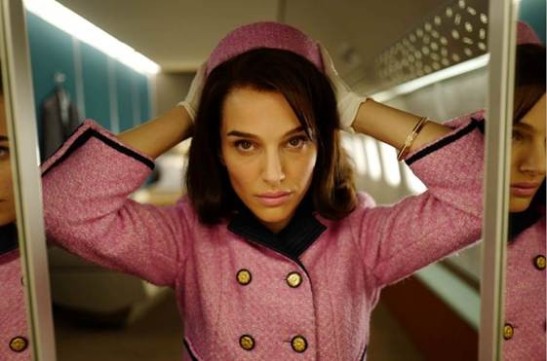 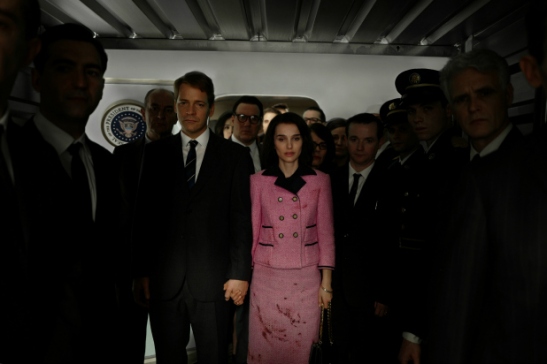 Jackie isn’t an overly bad movie. But equally it doesn’t offer much in terms of gripping action. The movie itself bounces between aftermath and interview, with just a few seconds focusing on John F. Kennedy being shot – so if you’re expecting a gritty account of the famous assassination I wouldn’t. You’ll come away disappointed.

Portman does a great job of portraying the stunned wife and you can tell a lot of work has gone in to her role; taut facial expressions and a stiff posture as well as southern American accent all lend nicely to her highly effective performance. Top marks here.
But performance aside, Jackie is very slow in places and struggles to make a big impact where it should I.E. the presidential limousine rushing to the hospital. And as mentioned above, the ‘show home’ scenes are slow, seem to drift off in to a sleepy background.

Caspar Phillipson who plays the President himself is just superb. And not even in an acting sense, in a look-a-like sense. I love it when they use an actor who bears an almost-exact resemblence to the character (or actor) the person on-screen is supposed to be (check out Age of Adaline, 2015 as a good example. Anthony Ingruber who plays the part of a young Harrison Ford is absolutely spot-on with his looks).

Worth a watch if you’re into your history / historic figures. Otherwise, I wouldn’t fall over yourself to view it.