John Connor sends Kyle Reese back in time to protect Sarah Connor, but when he arrives in 1984, nothing is as he expected it to be. 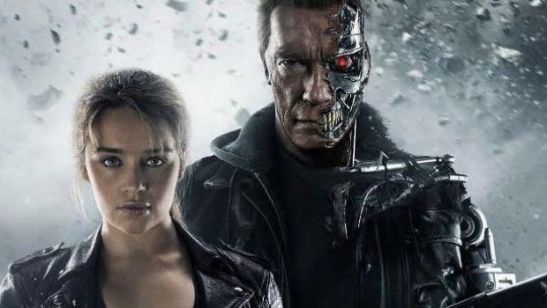 Remind me to never again take a punnet of strawberries to a movie involving Jai Courtney. The man’s face is hot enough, but when that toned, beefy body made an appearance in almost-full nudity, I had my teeth sunk into a massive strawberry. And in all juicy pleasure, I let out a loud groan of pleasure.
Couldn’t help it. Didn’t care if other audience members heard it. And by Christ, it was a special moment.

On a more serious note, Jai isn’t actually too bad during Terminator Genisys. He’s not leather-clad with bizarre jewellery glued to his face (Divergent), nor does waddle around in a white vest looking like a Polish plumber (A Good Day to Die Hard). As Kyle, the actor maintains a steadfast performance and moves the movie along nicely. Against Arnold, he ensures a solid double-act as well as solo – and throws in a bit of comedy here and there for good measure too.
Jai’s always been ‘the chunky guy on the other side of the fence’ to me; starring as a well-known actor in big Hollywood productions, yet acting mainly as supporting cast – to pad out the ensemble on screen. This time round he owns the screen as one of the lead characters, and delivers well. But let’s face it: in the end, Jai isn’t going to be as monumental in this movie as good ol’ Arnie.
Which brings me on to my next point..

Arnold Schwarzenegger was sheer comic relief during this movie, seriously. From the moment he appeared on screen in a slick black hoodie strutting towards his past Terminator self, he brought nothing but an uplifting humour – polar opposite to his on-screen colleagues. And instead of remaining the classic stoney-faced misery machine as in previous Terminator movies, he actually turns the tables and brings a character who is both wise and dry-humoured. I enjoyed Schwarzenegger’s performance throughout, laughing out loud with many of the audience at certain lines he delivered. One of which stands out clearly; when Kyle and Sarah have a talk and he walks away, the Guardian approaches her and asks, “did you mate?”

I fucking HOWLED with laughter.
The way he spoke the line (with total seriousness) was very funny.
And to add to the comedy, another scene which didn’t quite fit with the movie but made the audience laugh out loud, was when the Guardian, Kyle and Sarah are captured by police at one point. A clip flashes up on screen of their mugshots; Kyle looking incredibly pissed off, Sarah being too short for the height measure behind her and appearing miniature, and the Guardian – who pulls an unusual smiling face (which he does previously in the movie). This bit had the audience going again, however random it seemed. It was a genuine bit of visual comedy in the middle of a serious movie – tearing the seriousness off course for a second. Weird, but good. Funny stuff. 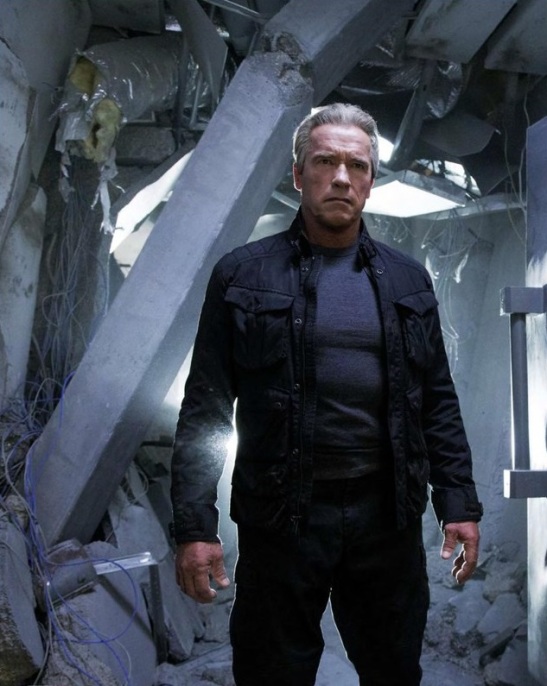 Terminator Genisys isn’t overly bad. But it isn’t overly great either. It really isn’t anything I haven’t seen before; sarcastic police and a special agent who they regard as mad but who actually isn’t and holds vital information. Car chases (usually ending up in a sticky situation on a bridge), underground hideouts, blazing guns, the main enemy dressed in a dapper suit to display a smart-yet-threatening appearance..
This movie is the standard cliché shit you’d see in most other action features. Rotten Tomatoes has given it 27%. I’d probably give it 35%, based purely on the fact it’s watchable – but shit. Nothing much actually happens and unfortunately it’s just not entertaining enough, other than the few points mentioned above.

Arnold Schwarzenegger carries the entire movie with his incredibly dry humour and witty one-liner’s. From the moment he appears on screen he maintains a strong protagonist, a glue which holds it all together nicely. If you enjoyed him in any of the other Terminator movies, I have no doubt you’ll like this installment. He performs well whilst leaving enough room for the other stars to take the stage and shine in their individual ways.
Worth a watch if you’re very bored.
Do not pay – or go out of your way – to see it. 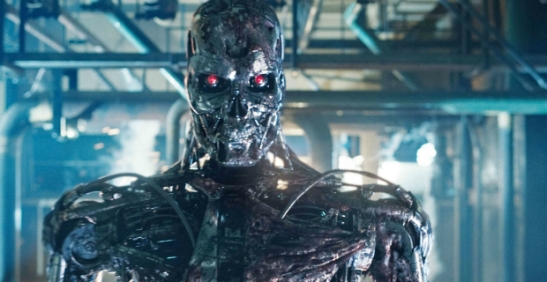 This entry was posted on July 8, 2015 by rickysfilmreviews.