The story of Amy Winehouse in her own words, featuring unseen archival footage and unheard tracks. 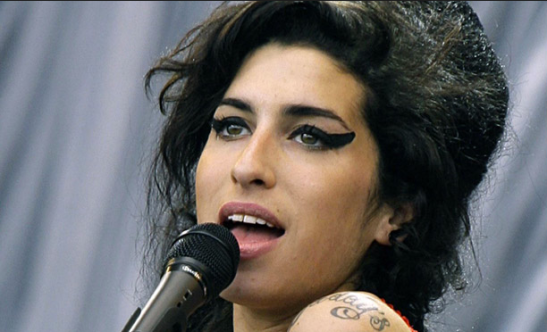 Amy was actually very watchable. I wasn’t sure what I was in for as I arrived at the cinema last night to be honest, but it wasn’t bad at all. The ‘movie’ plays out in true documentary style; constant footage of the singer blended with voice recordings of her family / friends talking about her in interviews. Fortunately, the movie isn’t messy – this is what makes it so watchable. Many documentaries throw footage around whilst bouncing back and forth between dates – this doesn’t. It opens with a young Amy fannying around her family home and then runs in chronological order; the year appearing on screen as her journey progresses.

Another winning element of this feature is the fact the audience are not drowned in the singer’s music. Clips of her songs are used to show how she actually created them; delivering an interesting look into relationships between Amy and certain men she met during her incredible career. For example, we are introduced to Blake Fielder-Civil and as footage of the pair of them plays out, Amy’s song ‘You Know I’m No Good’ echoes in the background.
The visuals are made interesting too; pictures of song lyrics scribbled on notepads as the music plays. All these quirks helped the documentary move along at good pace, avoiding the classic format others have followed; I.E. constant interviews and lengthy footage flashing up on screen. I loved hearing her music too. I wasn’t just foot-tapping, I was properly singing at one stage – before snapping my mouth shut and remembering I was in a cinema. This movie was turning out to be a mixture of good music and comedy. Yes, comedy. Because at least 40% of Amy had the audience laughing out loud..

Amy Winehouse wasn’t just a singer-songwriter with a strong interest in drugs. The woman was also bloody funny. Certain clips of this movie had the audience laughing out loud, which actually stirred a nice atmosphere in the auditorium. One such clip saw the girl stood in front of a promotional board at an awards ceremony. And her responses to the presenter interviewing her were hilarious.
The (not visible) woman asks about Amy’s music, which then leads into a comment about Dido and the presenter mentioning how well she is doing in the charts lately..

..the look on Amy’s face is hilarious, as though she genuinely couldn’t give a shit about Dido. Wide-eyed, she stands staring at the presenter and lazily mumbles an unenthused response. The presenter continues chatting away, when suddenly Amy’s glazed look turns into a bizarre facial expression, where she scrunches her lips into the smallest shape.
The audience were roaring. But laughter soon turned serious again, when the story moved on – further into the singer’s relationship issues.

Amy balances the perfect amount of both humour and seriousness, ultimately making it a documentary which displays something genuine – real life. Like a reality TV show centered around a family, it brings up’s and down’s in a realistic style and lays everything bare.

I enjoyed the familiarity of London during parts of this movie. As many fans of Amy Winehouse know, the singer came from north London. And this movie opens with a birds-eye view of her home in Southgate. Other areas such as East Finchley and Camden Town are highlighted also. I smiled in recognition as these are areas I have spent a lot of time in myself, even if just going out for coffee. Grabbing a Starbucks and taking a stroll through places like Muswell Hill is great – some beautiful properties round there.
Many jews also.
But yes if you find yourself in London, head north for the afternoon – from Archway upwards you will see some gorgeous houses and well-kept parks as well as have easy access to the local towns and coffee shops.

I was surprised listening to Amy speaking though – she sounded as though she was from Essex more than north London.

The winning streak of this movie for me was Amy’s journey from music lover to being loved by most of the world. As I watched, I found myself intrigued by her story. This young girl dancing round her house in north London with a secure, cozy home life. Which then became her playing the guitar in front of record label managers, to photo shoots and live gigs. It was literally like watching the egg crack and the chick grow into an adult, which is what I felt most involving. I was fully engaged in the journey of this young girl who had an obvious talent – and set out to achieve success. From cozy home lounge to smoky live stage, watching her journey was great. But then watching her downfall was sad. 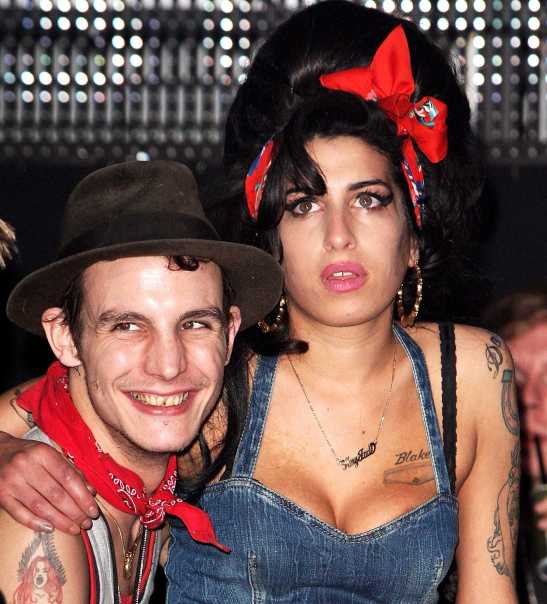 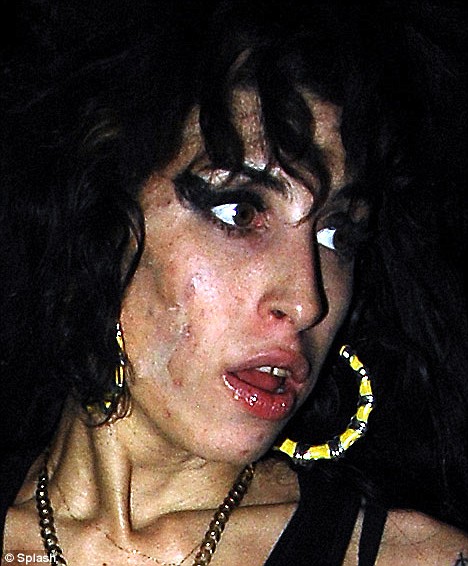 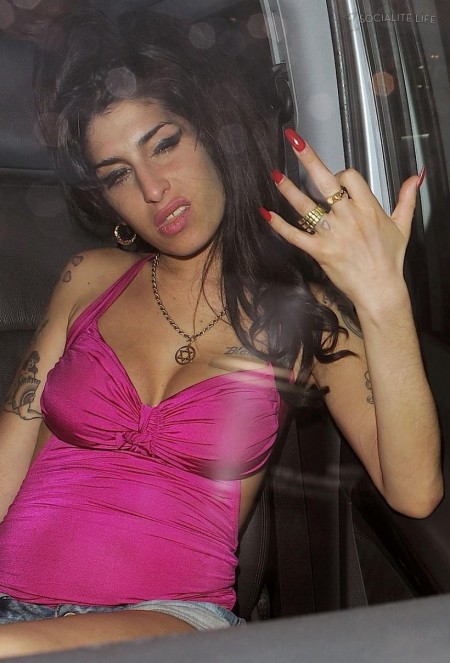 This movie leaves nothing to the imagination and is quite raw. Towards the end when Amy dies, you get an eyeful of her body being carried from her house on a stretcher, which I was slightly surprised at. I didn’t think something that gritty would be focused on so heavily. I felt a bit saddened by this. Another thing was a close friend of Amy’s who gave vocal interviews throughout, who kept welling up. As the girl explained troubled phone calls she received from the singer, she started crying – which was quite powerful, effective.

Amy wasn’t bad at all. Before going to see it, I’d heard bad things about it – surprisingly one comment coming from her father, Mitchell Winehouse. He was on BBC News slating the production, saying how negative it was and how many of her true friends were not included.
To be honest, this movie is a documentary of how Amy Winehouse grew into music – what more does the man want? (an appropriate reaction from him though, as he is seen as rather selfish during the production; cashing in personally on Amy’s fame, visiting her in St. Lucia for support – but taking a camera crew, etc.).
I enjoyed it. It gave enough detail about her, included the right amount of music too.

Main figures in her life such as Blake are given screen time; I’m not exactly sure if he and others were portrayed to be something else for dramatic effect because I’m not familiar enough with them, however, what happened between them in life happened on screen – there was no straying from the facts.
Amy balances emotion with comedy perfectly, thus feeling very genuine when watching it. If you were / are a big fan of the singer I would highly reccommend this movie. It’s an entertaining and informative look at how one single girl from north London held so much passion for music in her heart that it took her places she deserved to go. It also exposes just how dry-humoured Amy was, and actually very witty when interacting with others.
And it shows how you don’t need to get high to go high – just continue being the talented person you are.
This is a girl who lived.

Not bad at all. 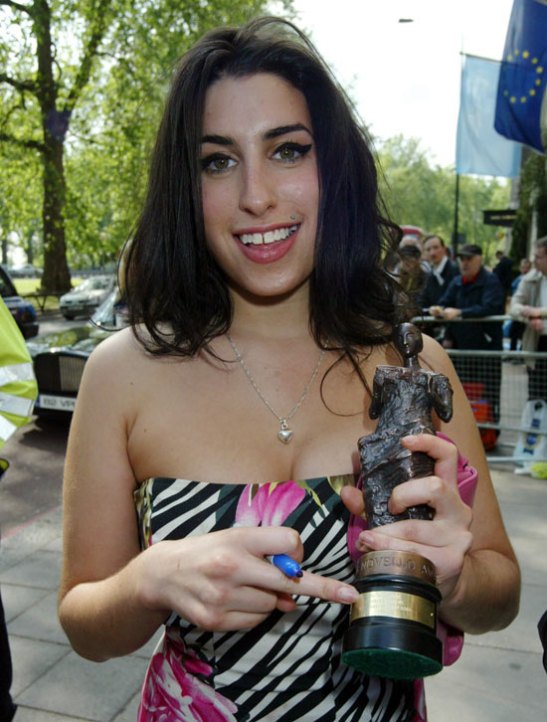 This entry was posted on July 5, 2015 by rickysfilmreviews.