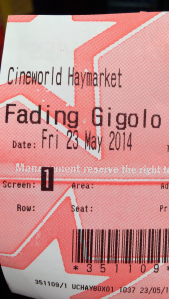 How would you react if a friend offered you the chance to make money – by being a gigolo?

When Murray propositions his friend Fioravante with the offer of a financial lifetime, the gentleman is at first hesitant. But then jump straight in, penis first. And as the spunk flows, the coins roll. Fioravante is having a wail of a time – until the questions of love and loyalty arise..

Because although the sex is enjoyable, the question of morals starts to surface.
Can Fioravante ‘keep it up’? Or will the whole thing become one of the worst decisions he has ever made?… 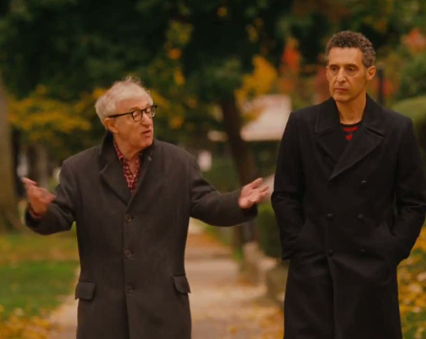 Sharon has to be the wittiest, most effective cast member of this movie. Yes, Woody Allen is one of the main leads (to this day I still can’t fathom what people find so great about him) but he doesn’t come close to the standards of our long-legged vixen. Her first line spoken had the audience laughing out loud which included the phrase, “I don’t wanna get aids”.
I knew from this moment she was going to be entertaining – and I wasn’t wrong. Sharon lays on a character who brings a brilliantly dry sense of humour to the screen, different to her previous roles. As Dr. Parker her character is a straight-talking city wife who comes across as cheery and polite – but begins to reveal a darker, more sexual side to her personality when she meets Fioravante.

Bordering on sarcastic, Sharon radiates a deliciously dry humour which would be perfect on stage in a live theatre farce. At one point, she is having a telephone conversation with one of the other characters and as she hangs up, downs a bag of crisps frantically. The audience laughed out loud at this act, however random. And then of course, came those LEGS..

During one scene Fioravante visits Dr. Parker at her apartment; as she sits talking to him, her legs are wide open – rather too sexually. But then she sits back and crosses them.. BANG! There it is! Basic Instinct revisited. It actually made me laugh, how accurate her cross-legged, open-legged sitting was to her Basic Instinct scene. Almost as if the director asked her to do it again on purpose. It was uncanny! 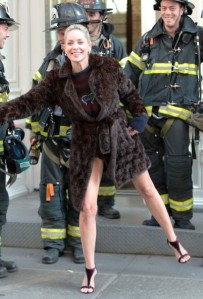 Legs aside, Sharon remained a firm pillar of the cast – the only downside being her sporadic appearances; the director seemed to scatter her at random intervals, thus making her an ‘in and out’ actress. 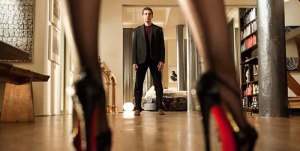 Woody Allen – the brown bread of Hollywood; you either enjoy it or can’t stand it. Personally I’m the latter.
The man grates on me, but in small doses I can cope. I just can’t decide if he’s funny or not. So many people love the bloke and lap up his comedy as though he is one of the world’s funniest comedians. But to me, he remains a bumbling old fool whoooo…err… seems good ye know, at errr… improvisation, and – um – useful at directing. Whilst, ye know, errm.. speaking like this – EXACTLY like this – where each sentence seems full of question, errm.. as if ye know – he’s processing each word, before it exits his, ye know.. lips. (hands waving about as if giving a seminar). 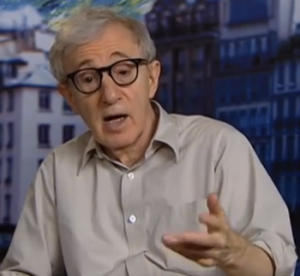 Whenever anyone mentions his name, I am immediately reminded of the trademark vocal way in which he speaks / mumbles.
Something about this slimy old theatre veteran has grabbed the general public and moulded the bloke into some sort of icon.
Christ knows why.

In Fading Gigolo, Woody is – surprisingly – exactly how he is in everything else. Not a lot of acting is delivered on his part, he seems to coast through the movie in everybody else’s shadow, compensating for this by dropping one or two witty lines – which I will admit – made me laugh out loud.
“are you proud to be Jewish?” a religious man asks Murray.
“I am. I also very scared” he replies.
Ok, so my bread was brown for a second. But I swallowed it. Woody made me chuckle a few times throughout the movie, however subtle a part he played. 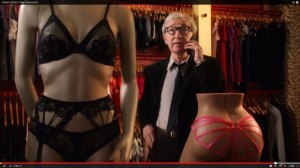 Something baffled me throughout the film; the setting.
Although Fading Gigolo is based in modern-day America (Staples retail store is a bit of a giveaway) something about it is very 60’s / 70’s. Perhaps its the way it was filmed, but the set – along with costumes and buildings – had an air of 70’s ‘flower power’ about it. That said, the film worked. However much it seemed the Jews had been thrown back into the past, them living in their little bubble in present day was a nice touch. One of those ‘so many Jewish people in the neighbourhood, that the neighbourhood becomes Jewish’ kind of scenarios.

(reminds me a little of where I’m originally from – an area of the town named Langley Green became so overrun with Asian population, it was renamed – not officially, obviously – Langleydesh). 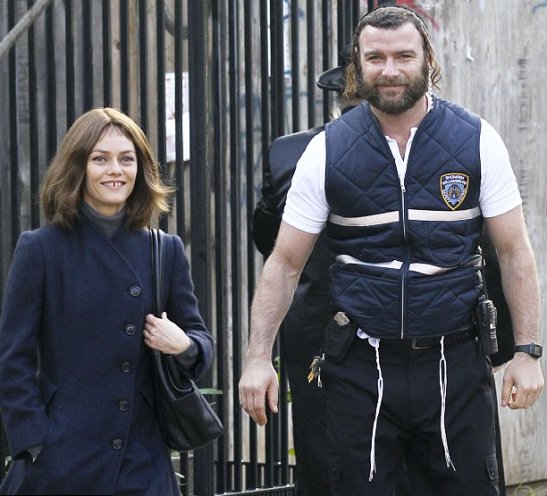 If you’re a fan of Woody Allen and the satirical style movies he stars in, I have no doubt you’ll enjoy Fading Gigolo.
Although not my cup of tea, it contains a subtle yet witty story performed very naturally by a good cast, whose old fashioned humour had a few audience members roaring with laughter. Those people obviously embrace Allen and his style, they were loving it.

Fading Gigolo is a subtle piece of cinema. Light and witty, it entertains but doesn’t stun.
I personally found its overall style boring, a late-night television sort of feature. Not exactly cinema worthy.
Thank god for Sharon Stone, who swooped in and spiced the whole thing up – because without her, it would have been like watching something that had been dragged up from the Dark Ages.

This entry was posted on May 26, 2014 by rickysfilmreviews.