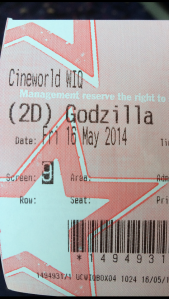 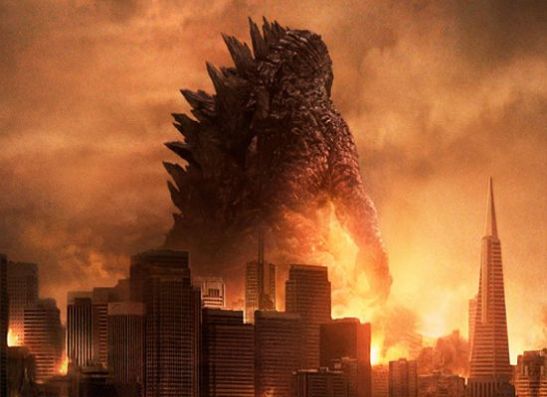 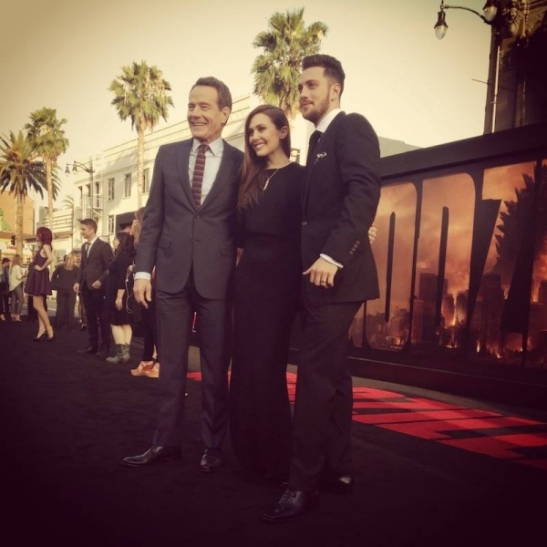 As I entered the auditorium I felt a rush of excitement.
As I sat down I started to feel even more excited.
And then the credits began..

The pounding, adventurous music was fantastic. As it played, various newspaper articles flashed across the screen with headlines relating to earthquakes and cover-up’s. I lapped this up; an opening to a movie which captured my attention immediately and felt almost like a warm-up in preparation for a spectacular feature. Oh yes, I was very excited.

But did Godzilla live up to the hype?
Did it manage to impress, wow the audience?
Read on to find out.. 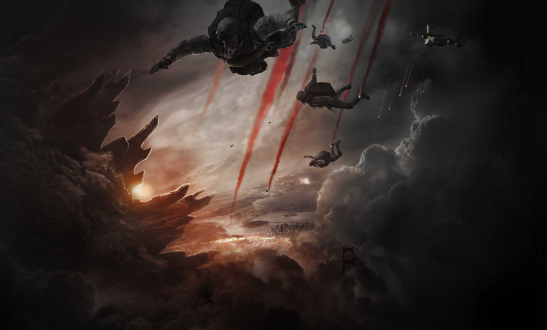 I’ll start with the main character / creature – Godzilla.
In a word: FUCKING GARGANTUAN.
The CGI used to portray the beast was fantastic. At no point does he (or she) appear obviously fake or shabby; from the small yet wide glowing eyes down to the scales on his skin, the detail is faultless and intricate. I don’t think the producers could have done any more with regards to the graphics and CGI – they nailed it. In fact, whenever Godzilla was on screen I couldn’t look away. Visually, I was fascinated by this monster who kept me watching, wondering what he was going to sit on next (office blocks seem to make great stools).

One scene uses some lovely graphics; a group of military who are aboard their service ship have a very close call when they cross paths with Godzilla. The beast breaks the surface of the ocean (giant scales poke through the water like mini mountains) but to the crew’s relief actually plunge back down under the water. Godzilla then floats underneath the vessel to the other side.
The CGI here was wonderful; displaying colours and graphics with brilliant clarity as the beast moved with fluidity through the water. 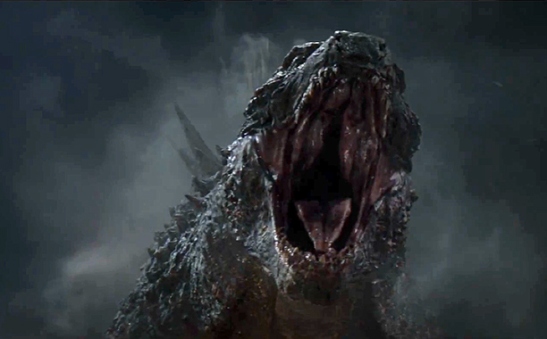 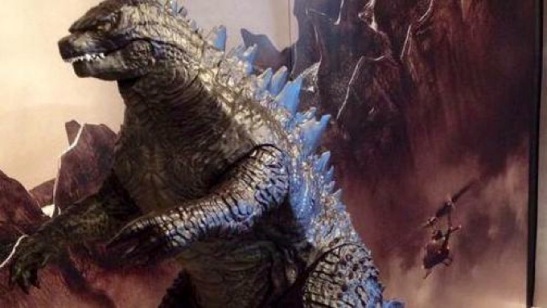 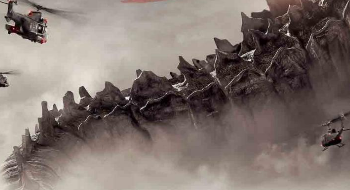 And then the NOISE..

The moaning coming from Godzilla was loud – and very effective. You know that type of wailing these creatures let out; a kind of wailing as if it is in pain (which given the amount of times he was shot at by the military, was actually the case). Deafening roars and moaning blasted through the auditorium as if I was actually on set, it was very loud. Loved it.
Godzilla may look nothing like ‘it’ in Cloverfield, but the sounds he produced were similar. 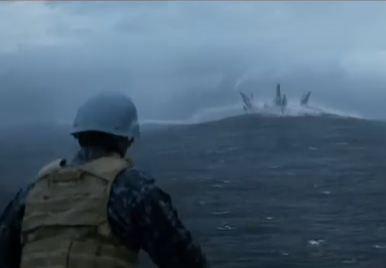 *IF RENTING, WATCH THIS MOVIE WITH VERY LOUD VOLUME*
(the cinema is just perfect for it)

Fucking military.
They always have a way of making the whole situation about them.
Yes, I’m aware they are there to save the people, but they don’t just do their job – they become the focus of the main feature. This was Godzilla‘s epic fail.
After the exciting opening credits finish, the movie seems to drag on for a while as a handful of scientists begin conducting experiments and research. This went on for so long, I actually wondered if they would show the monster at all – it was a good 1 hour 10 minutes before Godzilla made an appearance.
Just after he does eventually appear, we’re straight back into a bunker where one of the main military leaders makes a point of shooting long stares into the camera whilst heroic music plays.

I bloody hated this.
It seemed as though the movie was some sort of research programme in itself; a training video for the military, documented evidence of the scientists as they record their findings. It was boring – and I didn’t want to be bored. I was looking forward to this!
At one point I actually mumbled out loud, “come on.. fuck sake”.
It was character development taken too far. 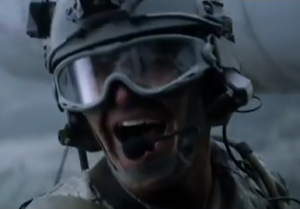 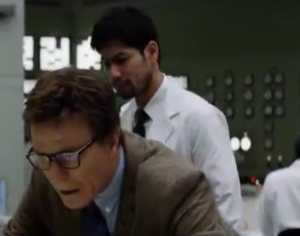 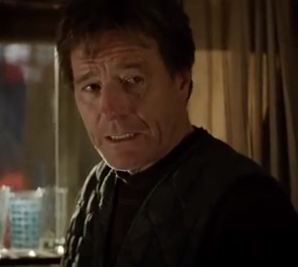 Easier With The Lights Off

..yes, I’m referring to my sex life. But also to Godzilla.
About 85% of the monsters screen time is in the dark (it seems to get dark very quickly in the ‘States for some reason) – which very much adds to the eerie atmosphere of something stomping through the streets.
Only problem is, darkness is the same colour as Godzilla’s skin – so he blends in like a chameleon, lowering his presence somewhat.

I wondered if this was a trick directors use to make it easier; making the screen darker so that the CGI is easier to produce. I suppose darkness makes certain colours / effects stand out. Who knows. But it seemed to work. 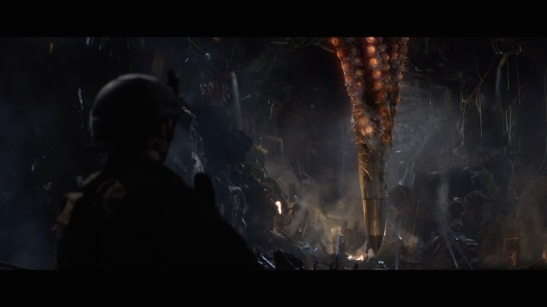 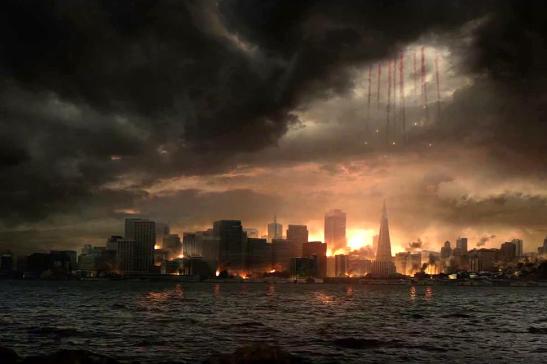 She’s not in the movie very much but for the time she is, she manages to deliver a good performance. Elizabeth Olsen plays the wife of Ford (the movie’s main hero) who works as a nurse in a downtown San Francisco hospital.
As the carnage kicks off, she is caught in the middle – literally. The scene where she and many others are trapped between two giant monsters is actually very good, blending CGI with some excellent tension. With Elizabeth, it’s all in the eyes; they sort of bulge don’t they. Big and round and bulgey.
Great for expressing tense or scary moments.

Sally Hawkins is great as scientist Vivienne Graham; very posh British accent and good acting adds to the talent on screen.
In actual fact, Olsen and Hawkins seem like cameos – very short screen time (Hawkins gets a bit more than Olsen) which seem like guest appearances rather than main movie roles. 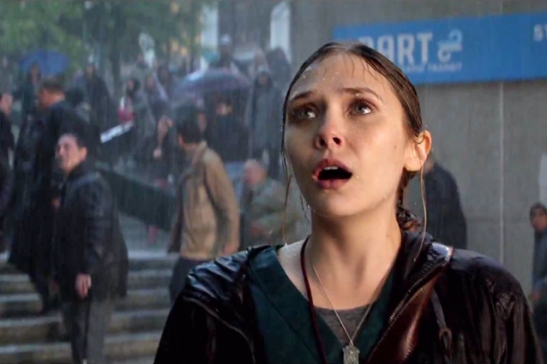 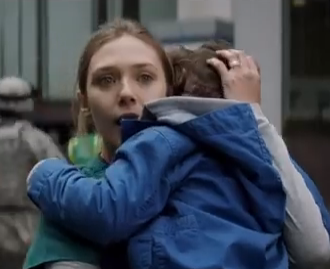 More For Your Money

I hadn’t read any promotional clips or reviews, so before the movie began I was expecting just one beast to rise from under the ground.
We got three.
It is a case of ‘three for the price of one’ as Godzilla is pitted against even more vicious monsters, in the form of gigantic flappy bat things. They look like genetic throwbacks of the Pterodactyl, and trust me – they pack more of a punch either by themselves or as a couple than Godzilla ever could.
They are nasty. And I mean nasty.

I would go as far as to say the CGI used for the MUTO is incredible; the movement, colours, detail, is all so brilliantly done that I enjoyed every second they soared around the screen. Their wings are good too, they tuck them firmly in to jet through the cities or open them wide when in attack mode.
And the scen where Ford stumbles into the nest of unborn MUTO.. it is kind of sad, yet had me almost clapping as I uttered, “FUCKING YESSSS”. 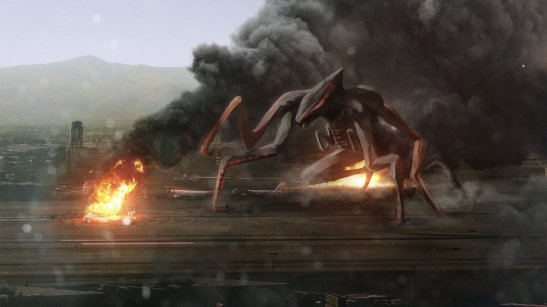 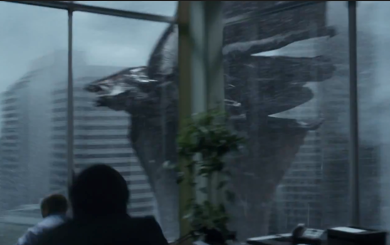 Godzilla is definitely worth a watch, and I’m glad I went.
Although most of the movie drowns in generic straight-laced millitary bullshit, it certainly makes up for this when the monsters smash their way on to the screen.
The build-up to revealing Godzilla himself was not as exciting as I anticipated, again, due to the military stuff.

CGI and special effects are the winning streak here. As buildings topple and disappear, the buggers who made it happen strut into focus with wonderful blazing glory.
The detail of their beings is of excellent precision and very well done.

When the movie finished, I couldn’t help thinking, “there was something missing..”. See if you can spot what I mean, but otherwise – enjoy the ride.
It is going to be a bloody good one. Oh, and you may be slightly surprised by the ending.. 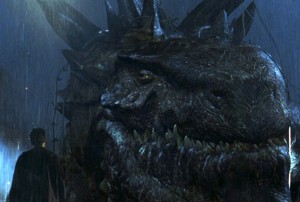 This entry was posted on May 17, 2014 by rickysfilmreviews.