Members of an elite DEA task force find themselves being taken down one by one after they rob a drug cartel safe house.

Before I went to see this movie, I had read a few snips from various sites. And I remember the word ‘raw’ being used. “oh good” I thought, “another tense slice of action to match the likes of of End Of Watch” (I loved that movie).

Raw – no. More like medium-rare.
Sabotage was nowhere near as gritty as I anticipated. Oh, it was filmed in the classic ‘shaky camera documentary-style’ way – but it wasn’t overly raw, it was  lacking in that department.
The movie follows the team as they go about their business (a lot of this was them sitting around on basement sofas, drinking beer and having tattoos done which was tiresome) but mostly focuses on Breacher (Schwarzenegger) and the developing relationship between him and persitant investigator Caroline Brentwood (Williams).
I say ‘relationship’ – I mean him strutting around whilst she nips at his heels like an irritating puppy.
..which results in him fucking her just the once.
Christ, imagine that muscly penis.

Again, this really didn’t fall into the ‘raw’ category, and didn’t live up to my expectations. 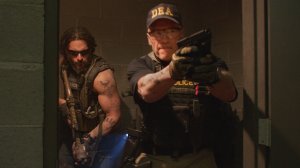 I would describe this movie as a very uninteresting ‘whodunnit’.
It doesn’t peak until the very end, so what you have is a handful of DEA agents strolling about (proving they are no better than the average drug lord they arrest in their daily job) as they point the finger at each other through dazed eyes, ultimately dissolving any air of intrigue or suspense with their lethargic attitudes.
Lizzy – the only female member of the team – excels in the talent of being a hypocrite; every time Breacher approaches her she is off her face with some potent drug she’s injected into her veins (a redhead with red eyes is just plain sinister).

When the movie does eventually get going (about 15 minutes before the credits roll), it is the car chase scene which gives it a nice boost; keep your eyes peeled as it kicks off – it is actually rather slick. 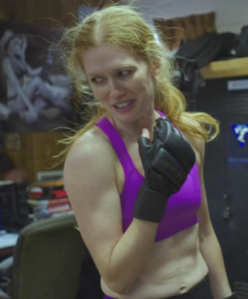 This movie’s winning element is its tension.
For what it lacks in other areas, it certainly makes up for in tensity. As I mentioned, it is a very uninteresting ‘whodunnit’ – but at the same time the way certain characters grind on each other is good.
The opening scene kept me interested, where the group infiltrate the mansion of a drug cartel (Lizzy posing as a glamorous hooker to get closer to the main target) – it all kicks off nicely in classic ‘raid order’:

POLICE VAN SMASHES THROUGH ENTRANCE, SCREECHES TO A HALT

AGENTS STAND BACK AS ONE BURSTS DOOR OPEN

THEY FILE IN, GUNS RAISED

CUE AGGRESSIVE FOREIGN MEN WAVING THEIR GUNS AROUND AS IF THEY ARE ON ACID.

Unfortunately as the scene ends, the movie loses this adrenaline-pumping element. It evaporates as quickly as it began.
Shame.

Arnold Schwarzenegger – famed for his Terminator days, but can’t seem to live up to the “I’ll be back” era. I remember watching him in movies thinking he was rather cool; big and lean, that classic voice that never changed..
In Sabotage, he looks like they just dug him up – it made me giggle slightly as the old crone staggered around the screen shouting words such as “fuck”.

The thing that irritated me most in this movie was his complete lack of acting. For example, one scene sees a colleague of his brutally murdered (death by nails) – and as Breacher enters the area and sees the man, there is absolutely no reaction whatsoever; he doesn’t exclaim in horror, look shocked, there’s not even a gasp. The death glides straight over his head like school did to Paris Hilton.
That aside, the scene in which he calls a police officer, “48% body fat – you scrawny bastard” made me hoot with laughter.
Must’ve been his accent.

Any Arnie fan would no doubt back his lack of acting up with, “but its ARNIE – he doesn’t NEED to act”.
And let me tell that fan – yes he fucking does. This bloke can’t just coast through Hollywood on the fact he has a mean square head, is built like a brick shithouse and is seen as a cliché typecast. We need to see some decent portrayals from him.
Unfortunately, the typecast stuck and Arnold Schwarzenneger remains Conan-style ‘huge man who doesn’t need to act well due to his stature’.

I would love to see him perform accents; Welsh, Californian, Scottish – it doesn’t matter what it is, I want to hear it so that I can confirm he is an actor and not just an object of entertainment. 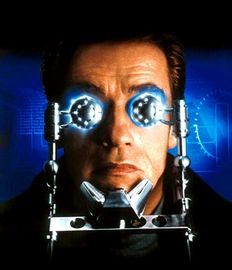 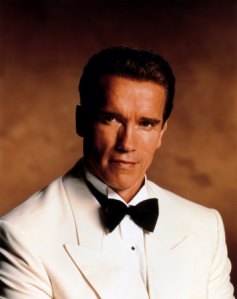 Keep an ear out for conversations between Brentwood (Williams) and her colleague Darius. The man drops so many homosexual slurs, it is quite impossible to tell if the man is a genuine ‘chutney ferret’ or not.
He does it in such a way that it comes across as banter on his part, but gives off an air of ‘potential’. It was actually irritating to watch; his subtle comments (with a smirk) to his female colleague about Breacher which made the man sound gay, but were then instantly forgotten about. It was like some sort of gay game – the character dropping sexual hints, but never actually revealing his sexuality. Perhaps if he had come out with it, I would’ve had more compassion for the character and giggled along with it.
He didn’t. And ultimately came across as one of those regular guys who seems to subtley ‘admire’ other men.
Annoying.

Brentwood takes a shine to Breacher, and he becomes something of a partner to her (this I found plain weird, as he is one of her suspects in the case she is working on).
She ends up fannying around him for a good percentage of the movie as if they are swish partners.
Her only epic fai is her sense of humour.

Lines which delivered in the right way would make an audience laugh (or even snigger), were completely lost every time she opened her mouth. And what made it obviously awful is the fact the script contained a few genuinely humourous moments. But they flopped spectacularly and raised no reaction from the audience at all.
At one point, she did deliver a quirky comment which in any other situation, delivered by any other actor, would get at least one singular ‘LOL’ from an audience member.
The auditorium was silent.
I cringed.
Thank Christ this movie is half-documentary, that’s all I can say. 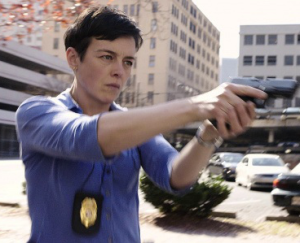 Overall, Sabotage is moderately watchable.
If this movie were a drink, it would be a very weak juice – you know when not enough concentrate is put in the glass, and it’s basically all plain water with a slight twang of something?
There.
That’s your tipple.
Stay at home and have a cup of tea instead.

This entry was posted on May 15, 2014 by rickysfilmreviews.