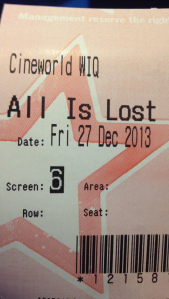 “I’m sorry. I know that means little at this point, but I am. I tried. I think you would all agree that I tried. To be true, to be strong, to be kind, to love, to be right. But I wasn’t. All is lost.”

An unnamed man is aboard his boat, floating somewhere in the Indian Ocean..

The man is jerked awake in the morning by his boat shaking violently, and a loud crunching of metal. He gets up and wades through seawater which has flooded the entire lower deck. And then sees it. A huge hole has been ripped in the side of his boat by a stray shipping container out in the sea. And as the water gushes in and the boat begins to sink, the man has a race against time – and sea – to fix it.

However, the ocean can be terrifying as well as beautiful. Because the man is about to encounter worse things than just a hole in the boat…

As I exited the auditorium after watching All Is Lost, I passed a man and his girlfriend in the hallway. My thoughts were interrupted as he turned to her and said, “that was bloody ridiculous”. My thoughts he interrupted were, ‘I would rather have my penis removed with a blunt saw whilst an Ellie Goulding song plays loudly in my ears than watch that again’..

Robert Redford is the only person in this movie. Which was the only element I found interesting. I mean even in Castaway Tom Hanks had before and after scenes with Helen Hunt and other actors, with his alone time sandwiched in between. Yes, Rob is all by himself throughout the entire movie. Interesting. Sort of..

This movie was not in the slightest bit gripping. At the beginning I thought to myself, “oh nice one. I love films like this, here we go..” – my hope was quickly dashed when the feature became more of an uninteresting diary of a man living on water.

I wanted a few gripping “oh God – what’s he gonna do?!” moments. Instead, anything dangerous that happened to the man or his boat was quickly extinguished by his reactions, and the slightest chance of a gripping scenario put to bed. It literally was a case of:

OH NO! – Man’s boat begins to sink beneath the waves – man quickly fills a bag with tinned food and jumps overboard.  “..oh”

NO FOOD LEFT! – What is he going to.. “oh” – man has extra beans stashed up his jumper.

There was honestly not one gripping moment in this movie – again, quashed by the man’s irritating know-it-all ability to fix a problem before it had even happened. He (unnamed throughout) remains abnormally relaxed, not showing a single flicker of giving a shit about what is happening to him. But is this because he is such an experienced seaman? There is no panic because of his absolute confidence with the ocean?

No idea, but either way this overall attitude of his gave the movie a pompous letdown atmosphere. 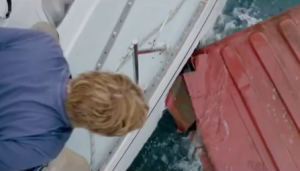 Watching this movie was literally watching a man – moving around. His lack of speech threw the whole thing into a silent movie oblivion. Hardly even clearing his throat, he makes no noise – no sighs, no moaning, not even an out-loud “shit! What the hell is that?!” to himself.

Christ, it really is tedious. A sort of ‘How To’ for fisherman; involving a random man who moves around his boat, fixing things and showing us how to use navigation tools, such as a sexton. An instructional video whereby pop-up speech bubbles with interesting fishy facts display on screen – no speaking part needed.

Roughly 27 minutes in, I sat there thinking “oh look – that’s dangerous – he’s going to say something about that”..

..what, was I expecting miracles or something? Silly Ricky.

The movie continues with ‘him’ battling his doomed boat and admitting defeat, before jumping into an inflatable dome thing (like a lifeboat, but dome-shaped. It looked rather fun) – and then surviving freak weather, underwater creatures and his trusty tankard of drinking water being contaminated by sea water. So with almost no food or water, he has no choice but to sit in his lifeboat and get tanned by some lovely post-storm sunshine.

That is of course, until a humongous ship comes along…

Before the movie started – when the BBFC notification comes up – I noticed it said ‘contains one use of strong language’. Needless to say I spent most of the movie waiting for the man to yell ‘FUCK’ very loudly.

He delivered. One part sees him sat in his lifeboat in despair, and throwing his head back he yells, “FAAAAACK!!”

That was that then. We’d had the singular use of strong language. Back to the silent movie eh?

What Should You Should Do If Your Boat Sinks?

I was stunned by this scene, almost to the point of letting out a massive ‘LOL’.. Just a few minutes in to the man’s discovery of a hole in the hull which may soon lead to his death, he approaches his small zig-zag mirror – and begins shaving.

Yes – shaving. You know – calmly running a razor blade across your chin, in order to remove facial hair and look pretty. A routine carried out by most men (and a few women)

Am I missing something here? Is it easier to swim with no facial hair? Should one prune himself in preparation for meeting a mermaid?.. I mean for Christ sake! This man is in a life-threatening situation and the first agenda on his ‘To-Do’ list is shave. I sat watching this, nose crunched upwards, raised eyebrow in a sneering expression with one reaction: 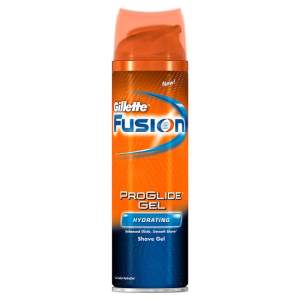 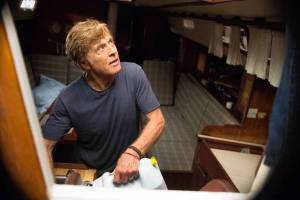 During the movie, the audience are treated to some beautiful shots from under the water. A camera angle which looks upwards through the sea from deep below captures some lovely colour, as well as gorgeous fish. Deep and glossy blues and greens blend together and smack this movie with the dynamics it needs. Having that break away from man and his boat was well needed, and much embraced.Schools of fish and circling sharks add a brief excitement too.

The weather turns nasty at certain points – cue beautiful cloud patters as the impending storm shifts closer to the man. He looks out across the horizon at ugly – but strangely beautiful – blackening clouds.

Before seeing All Is Lost, I read a few bits of publicity which state, “sharks begin to circle..” – this happens, but not in a scary-exciting way as you may anticipate. When I read this, I was braced for some shit-your-pants scary moments between man and man-eater.

The whole “sharks begin to circle” thing was basically seven or eight smaller sharks circling underneath the man’s lifeboat. And this is all they did. No feelings of dread as a fin pierces the sea and slides toward him, no screaming (obviously. He’s practically bloody mute anyway), no panic. Quite simply – the sharks swim around in a circular motion beneath him, with no intention of attack.

Well. That pissed on my fireworks.

Many aspects of this movie got me thinking “why?!” throughout its tedious screen time.

Why did the man venture into the Indian Ocean in such a small boat?!

Why did he not take a mobile phone, or another device which could transmit a better signal?

Why did he not follow a ship’s direction whenever it came along, instead of bobbing there watching it get further away?

Why did he not jump the lifeboat and swim after one of the passing ship? (at a safe distance obviously)

‘He’ was exempt from any sympathy during his time on screen. I’ve never sat watching a person who is so undeserving of compassion, and I just couldn’t feel sorry for the character at all. He was hard to relate to or feel for – mainly because of his attitude and the subdued way he dealt with dangerous situations. Just his feeble attempt at waving a flare in a “ah, they probably won’t see it anyway, I can’t be bothered” way irritated me.

And of course, the moment he lights a match – drops it – then subsequently sets his lifeboat on fire.. I actually wanted to slap some sense into the old bastard. 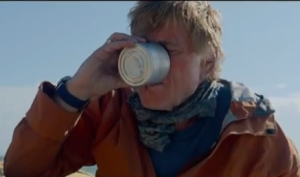 One part of the movie centres around a vicious storm, with the man’s lifeboat jolting from side to side. And I have to say, that although never being a sufferer of seasickness in my life, I felt nauseous. The inflatable device gets tossed about dangerously with ‘him’ being thrown around inside.

This bit quite literally made me feel ill. I had a bit of a headache. So – if you suffer at all from seasickness, you may want to look away at the point he clambers into the lifeboat and the storm begins. 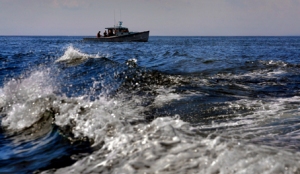 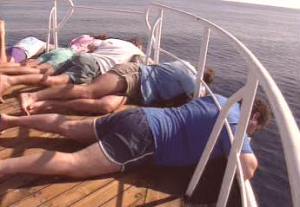 At one point, the man gets knocked unconscious during his feat to survive the deadly sea. And I nearly applauded. This was such a welcome relief from the tedious fannying around he seemed to excel at. It broke up the movie nicely. Yes, think of me as a nasty bastard but its true – having the character being knocked out nearly extracted applause from me. 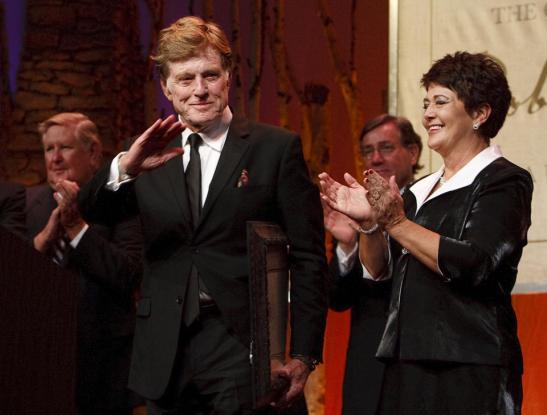 Overall, All Is Lost – is lost. It is just awful. Oh, the whole ‘survival’ aspect is there. But its tedious and tiring – tiring from boredom, not action. The only positive I can point out is its use of beautiful graphics and colours. And fans of sailing or those who take part in other nautical activities may want to give it a shot (bear in mind though, that the man I overheard talking to his girlfriend outside the cinema said something which began with, “even the most experienced sailor wouldn’t..”

Intriguing. I don’t know how his sentence ended, but I don’t think it was overly praising.

I can only assume director J.C. Chandor thought throwing a ‘past-it’ Hollywood actor into such a (mute) script would be groundbreaking. It was not. Ultimately, this movie focused on poor old Robert Redford milling around like an old pink wobbly jelly, in the hopes that an entirely one-man-show would impress audiences worldwide.

I’m afraid the title mirrored the outcome. This movie is completely lost. I wouldn’t watch this again if you offered me a steaming all-nighter with Ryan Reynolds.

This entry was posted on December 29, 2013 by rickysfilmreviews.