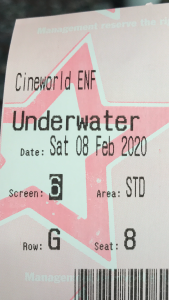 A crew of oceanic researchers working for a deep sea drilling company try to get to safety after a mysterious earthquake devastates their deepwater research and drilling facility located at the bottom of the Mariana Trench.

This movie is like being trapped in a giant submarine with a handful of annoying people. The more you watch, the more the metal walls encase you in a claustrophobic atmosphere as the crew members continue to yell at each other. And of course, Underwater contains the obligatory ‘huddle’ scenes whereby all crew members stand slightly hunched – palms on the planning table – looking up at each other intently during discussion. It’s all hideously cliché, and built from recycled ideas that millions of us have seen previously in film. For example:

The darkly-lit environment and all sorts of buttons and levers scaling the walls (most of which the crew are unfamiliar with, despite presumably having intense training before their mission).

The distant senior crew member whose decisions are usually argued by her colleagues – who should actually be following them.

This senior crew member also has either a dark secret or painful history involving a close family member / spouse, which doesn’t come to light until the end of the film when he or she has a life-affirming moment. They decide to pause briefly whilst being attacked by the enemy to put the world to rights, generally in a hushed tone to their last surviving colleague via internal comms system.

The crew member who brings comic relief, by basically acting like a dickhead at inappropriate moments / at times of danger. 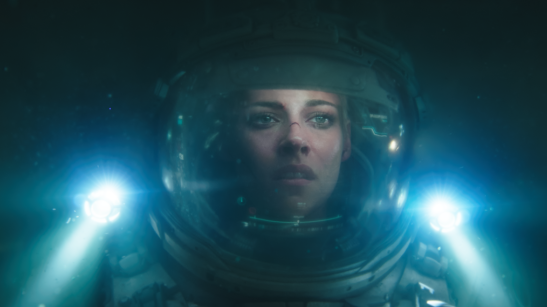 As with many terrible films, Underwater only gets interesting towards the end when the story develops into something unusual. Think 10 Cloverfield Lane (2016) – beyond tedious (was probably for both viewer and actor) and nothing genuinely happens until the final few minutes. Yes, sadly, you’re going to have to hang around in suspended boredom until the end. But it does make for an intriguing watch. No doubt there will be cries of, “what the hell IS it?!” coming from many viewers around the world.
If they’re engaged enough. 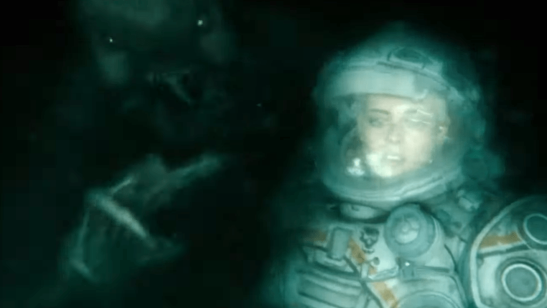 It’s bizarre really, how director William Eubank decided to submerge the viewer in darkness and drag them through tech labs.. before opening up an incredible world discovered by the scientists for less than ten minutes. It’s as though the viewer is allowed to indulge in deep-sea splendour, and let their imaginations run.. before the closing credits cut in and snap them out of it.
So keep focused right at the end (feel free to go about doing the laundry, housework, etc. for the first hour or so).

Stewart isn’t bad at all during this; as always her stiff body language bizarrely matches her face, ensuring a dramatic performance. You can always see her character distantly questioning something in their eyes, and it’s the same here. She’s no oscar-winner, but then she’s not disastrous either. She carries the entire movie from start to finish without doing anything to stand out.

I have to be honest – this movie is complete shite, and not worth your time.
But then, during lockdown.. it might be a godsend.

This entry was posted on June 6, 2020 by rickysfilmreviews.