A group of women take on Fox News head Roger Ailes, and the toxic atmosphere he presided over at the network. 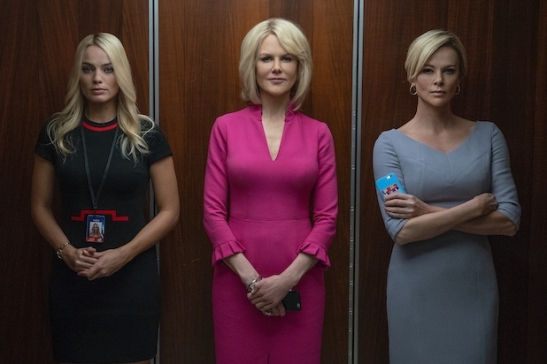 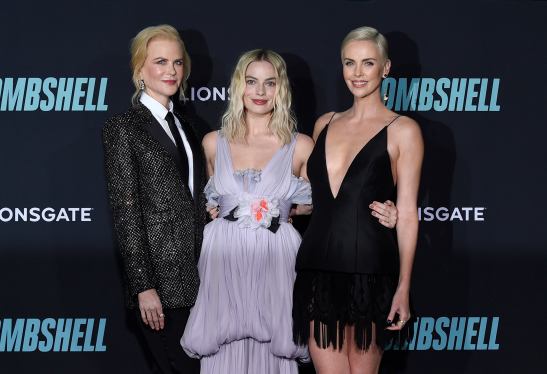 Bombshell is a genuinely engaging piece of film. And being based on real events makes it even more hard-hitting in the story it conveys. But Theron – holy shit, she nails it. Her portrayal of Megyn Kelly is so genuine that I actually didn’t realise it was her at the beginning of the movie. The facial features and makeup, hairstyle, even the way in which the actress deepens her voice all contribute to one of her best performances of recent years. The effort gone into Theron’s role is almost (note – almost) as good as Meryl Streep when she played Margaret Thatcher in The Iron Lady (2011).

But what makes Bombshell so gripping is its take on the events surrounding Fox News founder Roger Ailes and allegations of sexual harrasment against him by various female employees. A dangerous box is opened and out come truths, shocks and surprises with Kidman, Theron and Robbie mastering the ability to keep the intrigue flowing and viewers guessing as to which sex wins and which loses.
It’s not messy either. Some movies jump from one person to the other continuously and it becomes untidy. Bombshell glides nicely from one woman to the other whilst keeping a sharp focus on the individuals stories.

Lithgow is an absolute treat throughout, creating a feeling of emotional claustrophobia with every line spoken. His portrayal of Ailes is done with such enthusiasm that this has to go down as one of his best. Brilliant stuff.

This entry was posted on June 6, 2020 by rickysfilmreviews.