Once Upon a Time In Hollywood 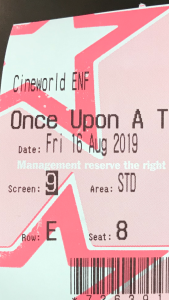 A faded television actor and his stunt double strive to achieve fame and success in the film industry during the final years of Hollywood’s Golden Age in 1969 Los Angeles. 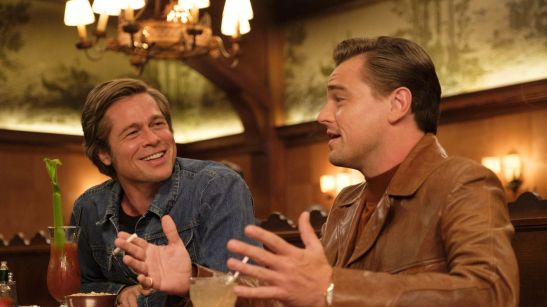 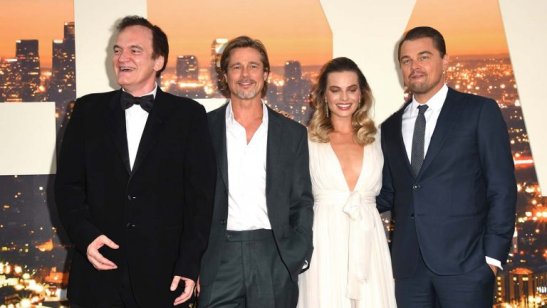 I’m sure a lot of people worldwide were ready for this. People I spoke to at various places asked if I had seen Once Upon a Time in Hollywood. The buzz DiCaprio and Pitt had stirred seemed to be quite something.

I can categorically state that this new Tarantino movie isn’t a patch on his previous ones. It seems to move on the same continuous level from beginning to end, telling the story of a man (Rick Dalton) whose career in the film industry is dwindling and how his stunt double friend tries to support him. In any other film DiCaprio’s performance would have bowled me over but given that this was a Tarantino production I think I expected a hell of a lot more. More grit, more dark comedy, and a more unique filming style than this actually was. Instead what I got was an actor to’ing and fro’ing from his western movie set, constantly wailing and moaning about his career. One minute you see Rick shooting his pistol about the place, the next he’s having a fag and blubbing.
The scene then shifts to ‘a day in the life of a stunt man’ as Pitt’s character Cliff Booth goes about performing some DIY. Then you get a look at Sharon Tate going to the cinema to watch a movie. The uneventful scenes then hit a climax (or rather anti-climax) when a scene unfolds between Cliff and a little girl he meets whilst on a break between filming.

She sits reading a book.
He asks what the book is about.
She tells him.
He starts talking about acting, etc.
She responds lightly.
He responds deeply, gets slightly emotional.

Good god it’s almost painful to sit and absorb this utter garbage. This is a Tarantino movie – upside down. Back to front. Once Upon a Time in Hollywood bleeds none of that authenticity some of his others have radiated. It is simply a story that goes from A to B in an actor’s world that could just as easily have been added to Netflix under a different production company (I.E. it’s so underwhelming that it fits perfectly in the straight-to-TV, have-to-go-looking-for-it category). It doesn’t make an overly interesting watch at all and I was surprised at how three such massive names (Pitt, Robbie, DiCaprio) agreed to film such mundane shite.

The good bits?
The soundtrack to this movie is brilliant, bursting with 1960’s – 1970’s flair that is sure to get music lovers juices flowing. This combined with some fabulous costumes (flowery fabric and platform shoes, headscarves and stiff leather pants) make a perfect backing for the story. It’s just a shame the story couldn’t complement these elements.

The quality of acting may be of a high standard, but believe me – if you’re expecting Tarantino’s ‘greatest since..’ you will be very disappointed.
I refuse to write any more about Once Upon a Time in Hollywood. It simply doesn’t deserve the recognition.

This entry was posted on November 16, 2019 by rickysfilmreviews.