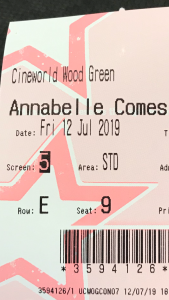 While babysitting the daughter of Ed and Lorraine Warren, a teenager and her friend unknowingly awaken an evil spirit trapped in a doll. 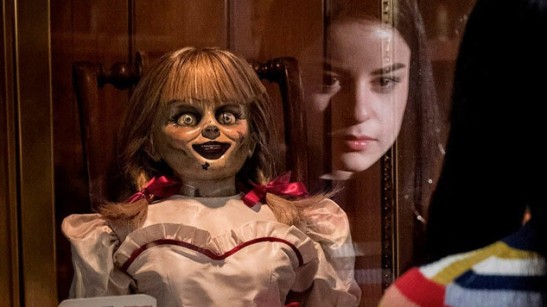 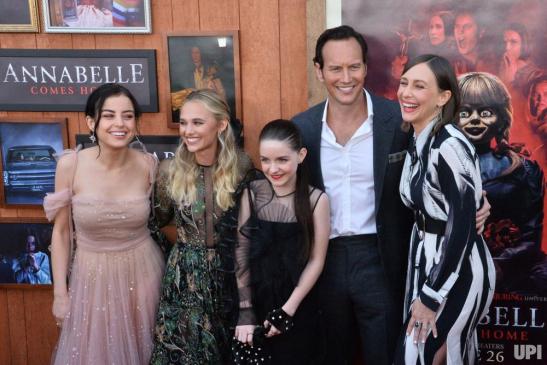 There are enough jumps in this movie to keep you on your toes. It’s your classic Conjuring-style horror with enough naive characters to ensure the frights keep coming. Daniela played by Katie Sarife is a bloody godsend. She brings the liability personality to the movie. On an endurance level I couldn’t stand her; every single action she took grated on me due to its adverse outcome. This was like watching a messed up sitcom where a character continues to do the opposite of what he / she is told and has to suffer the consequences. She is beyond irritating but keeps the story moving so I’ll let this one slide for entertainment value. 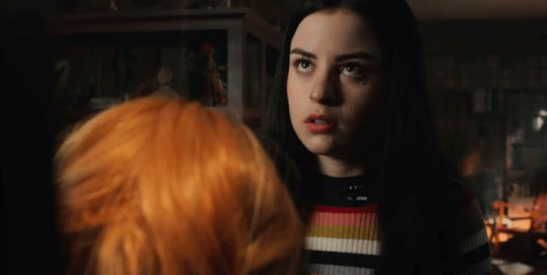 One or two scenes provide enjoyable tension. The doll sitting in her glass box is one of them; it keeps you firmly on edge wondering if she’s going to pounce – or remain sitting in that rigid pose of hers.

One element that makes Annabelle Comes Home different to its other instalments is the fact the kids are home alone. Ed and Lorraine (the adult couple almost always seen in these movies) are out of the picture, leaving their daughter, her babysitter and the babysitter’s friend to go up against the paranormal activity. This makes a welcome relief as its down to the youngsters only to try and bring an end to the situation. 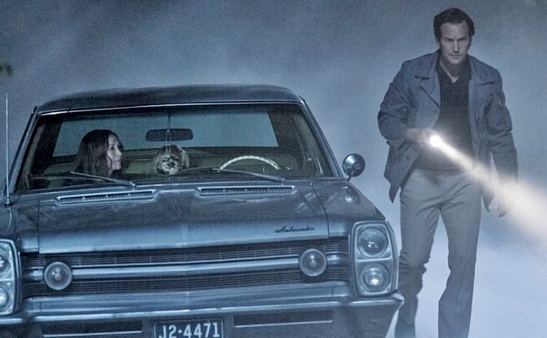 Annabelle Comes Home is very predictable, often leaving little to the imagination because you’ll know exactly what to expect. This isn’t the most gripping chapter in Annabelle’s story. In fact it’s tedious crap most of the time and the question lingers throughout of why Warner Bros. Pictures chose to drag the doll a little further through Hollywood. If you’ve seen one you’ve seen them all in Annabelle’s case, and you may as well not bother with this. That said, die-hard fans of this specific universe will probably want to round it off. 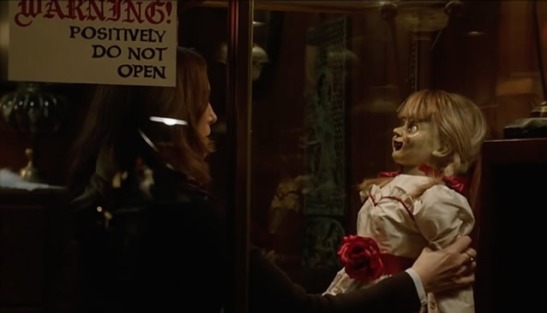 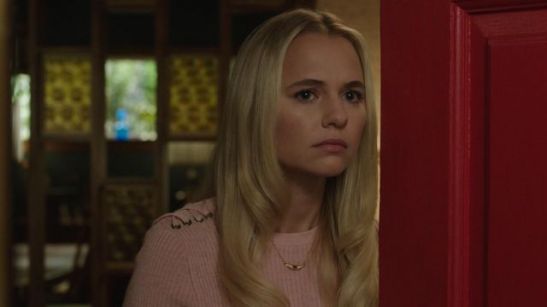 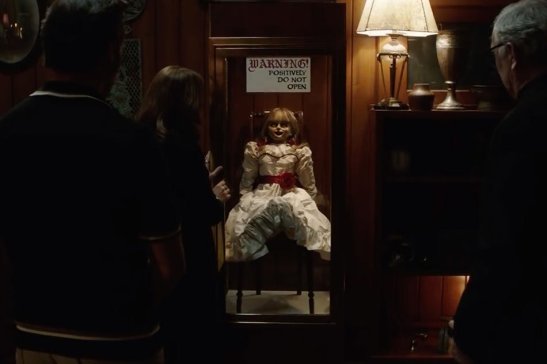 Home Alone meets Insidious in this seventh chapter of the Conjuring Universe story. While it delivers a few good scares it really is no different to any movie that came before it. Annabelle Comes Home is enjoyable trash with a beginning, middle and end you will see coming before they have even happened. So give it a go if you’re piss-bored one night and you won’t be overly disappointed. But you won’t be overly excited either.

This entry was posted on November 9, 2019 by rickysfilmreviews.