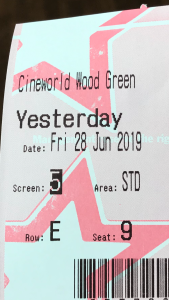 A struggling musician realizes he’s the only person on Earth who can remember The Beatles after waking up in an alternate timeline where they never existed. 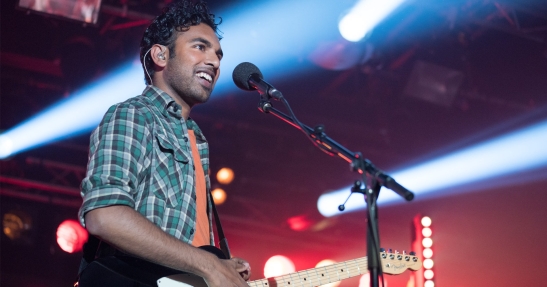 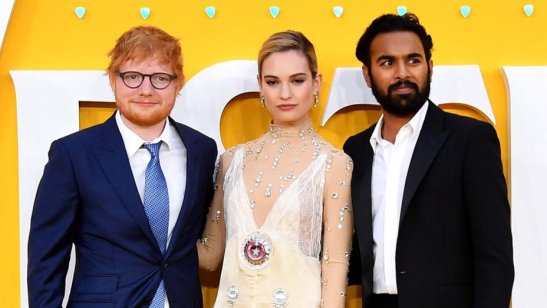 This film is a must for any Beatles fan. Its story (obviously) bleeds songs from the famous band as the lead character tells the bizarre story of a non-existant group known as The Beatles. A real bizarre idea for a film, the plot touches on that question most of us have asked about something in our lives – ‘what if X didn’t exist?’. And strangely, it works. There’s something deliciously surreal about the main character running a Google search for The Beatles, only to find no trace of them and the first result being the Beatle make of car. And – going by the cinema audience reaction – it’s quite amusing to delve into Jack’s world as he tries to figure out why no one remembers the famous 1960’s rock band.

In any other film I would probably think Jack a bit of a twat (there is something stupidly naive about him), but in Yesterday the actor plays the part by injecting so much drama into it that he’s actually quite engaging. His frustration at the fact The Beatles only exist to him means the viewer gets drawn into a hilariously ambitious tale immediately whereby Jack uses the world’s lack of The Beatles to his advantage. Cue a shedload of hits (including Hey Jude, A Hard Day’s Night, and Help). This use of musical storytelling gives Yesterday the boost it requires to plunge the viewer in to the middle of the energetic action. A film becomes a rock festival here, and it creates a very uplifting vibe. Without it I reckon the film would have been a tedious affair, not helped by Patel’s slightly bland appearance and cringeworthy backing characters. The actors who play Jack’s friends are as tedious as they come – thank god they only make brief appearances.

The most tedious aspect of Yesterday is probably the forgiveness. When Jack eventually comes clean about the songs he performs being written by other people – it’s ok. That’s right. The fact he has chiselled a career for himself out of someone else’s work is absolutely fine. As long as music continues being the food of love, eh?
What a load of bollocks. If anyone did that in real life they would be shamed – and ordered to pay a fine well in its thousands. Not this character though; his family and friends and even his girlfriend write it off with a, “well these things happen, we still believe in you” reaction as the protagonist continues to selfishly indulge. Thus this film becomes slightly pathetic by the time the end credits roll.

If you love The Beatles you chose the right film. Yesterday is very easy watching with a wonderful undertone of 60’s music flowing throughout. Its script is a little shabby but it manages to pull off being a bizarre treat for music fans.
The older lot in the audience seemed to be having a great time, so this is probably one you should sit your mum down in front of if she needs entertaining. She might not thank you for it, but at least it’ll provide her with foot-tapping pleasure for an hour or so.

This entry was posted on October 26, 2019 by rickysfilmreviews.