A mother gives her 13-year-old son a toy doll for his birthday, unaware of its more sinister nature.

I have absolutely nothing positive to say about this movie. The fact the people at Orion Pictures even sat around a boardroom table somewhere and all nodded in agreement at the complete overhaul of this classic franchise is beyond me. Child’s Play (2019) doesn’t just beg the question why? It is the question why? WHY did anyone out there feel the desire to fuck with this hugely famous and successful movie? There was absolutely no need for it, especially given the global impact Chucky as a doll has had across generations of people. The last 2-3 movies were producers going a bit too far, to the point of this creepy killer doll becoming something of a comedy icon. Not good. But I hereby state with open honesty that this year’s reimagining of Child’s Play is actually worse. 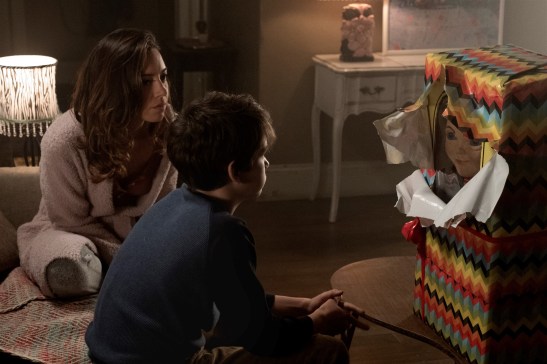 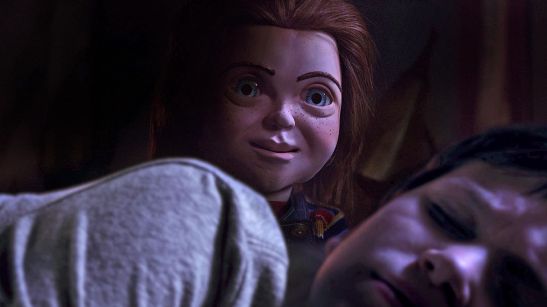 This “instalment” takes Chucky and converts him into a robot. Imagine Annabelle from The Conjuring universe being morphed into an animated Furby – that’s more or less what you’re dealing with here. It is beyond description how ridiculous Chucky looks, his image distorted for 2019. If I wanted to sit watching a strange little being pacing around a young lad’s bedroom like Dobby the house-elf as he slowly takes in his new surroundings, I would have stayed home and stuck a fucking Harry Potter film on. Chucky is like a dwarf who has been living underground for the last fifty years, having to explore and learn about the world. Even the moment Andy leads him into his room as they hold hands is a seriously weird picture. As soon as he arrives at the boy’s house the next twenty or so minutes are filled by the Buddi doll socialising with other kids and helping Andy befriend his neighbours. It’s every behavioural expert’s dream.

But me? This WAS NOT what I had come to the cinema for.

Child’s Play 2019 inadvertantly questions its own relevance in the film industry. Imagine there was never a Child’s Play (1988) No Good Guys dolls. No Brad Dourif. Those cute overalls and wild red hair didn’t exist. If it was the very first film of its kind then your brand new idea for a story is a kids cyber doll who adapts his in-built personality and starts causing dangerous havoc for those around him. That’s your lot. Not exactly – given horror movie history – the most enthralling feature of the year. Child’s Play 2019 is beyond awful, especially given how it paints Chucky in a totally different light. He’s gone from baby-faced squidgy doll to obviously motorized puppet. And it’s tedious to watch this iconic character be re-modelled because of some producer’s over-eager, reminiscent way of digging up movie history.
Hands up who can guess I’m fuming at the re-make of a worldwide classic?

One thing that rubs the salt firmly into the wound is the implausible situation Karen gets caught up in towards the end of the movie. As shown in the trailer, she is bound and gagged by Chucky – and then hung from the ceiling of a warehouse.
That’s right – a doll about the size of the adult female’s leg manages to complete the task – in its entirety – of taking her hostage.
Plaza pulls of the dramatics required for this type of movie, but even she cant save Child’s Play from taking the biggest nosedive any movie has taken in the last ten years or so. The entire relevance of this production is questionable. This is an utterly pathetic attempt at winning over new audiences with the famous killer doll, and I wouldn’t recommend this movie to anybody of any taste.

This is the sort of idea for a movie I would be sat joking with someone about: “..could you imagine if they re-did Child’s Play but the doll was connected to WiFi or something!”.

This entry was posted on October 19, 2019 by rickysfilmreviews.