Mary Stuart’s attempt to overthrow her cousin Elizabeth I, Queen of England, finds her condemned to years of imprisonment before facing execution.

Words cannot describe how utterly soulless the cinema screen felt on Friday night for roughly 123 minutes. Yes, I’m referring to the complete running time of Mary Queen of Scots and how ball-busting it was. Some may argue this film is an insight into history and the backstories of Mary Stuart and Elizabeth I. A compelling staging of the tense relationship between these women. Dramatically touching and directed with passion.
I personally found Mary Queen of Scots a drawn-out, incredibly boring piece of shit.

I haven’t been as frank in a review for quite some time – that ends here. I have absolutely no problem telling you this movie is basically a director’s way of tailgating her way into the Oscars by using two of Hollywood’s biggest names to bring the audiences in, regardless of how restricted the story is. Based on real events there is only so much the script writers and producers can stretch out for entertainment sake. This clearly shows as the plot bounces from one historical highlight to another (the return of Queen Mary to her home country from France, Elizabeth’s smallpox, James becoming the first monarch to rule both England and Scotland, etc.) like the timeline from some sort of educational video. If you’re a historian it’s everything you knew before. If you’re a fan of Robbie or Ronan it’s the talent you’ve seen before. It’s nothing new.

Great – two movies in the past few months based on royalty which have been overrated (The Favourite). Although Mary Queen of Scots hasn’t been hammed up as much in the media as Olivia Colman’s award-winning piece, it has that vibe of a film that wins people over with its big names and bold advertising. But ultimately is yawn-inspiring shite from opening to close. And God knows what director Josie Rourke was trying to achieve with the ‘bedsheet scene’. A moment between Mary and Elizabeth turns unnecessarily arty when the titular woman pays her cousin a visit. Like something from Baz Luhrmann’s version of Romeo and Juliet, Ronan can be seen floating between hanging sheets as Robbie turns a ‘sheety’ corner and conveniently bobs out of sight..

..Ronan then turns sharply whilst delivering her lines, breezes through another flappy sheet. Robbie pauses to allow her curly haired shadow to loom over her co-star.. 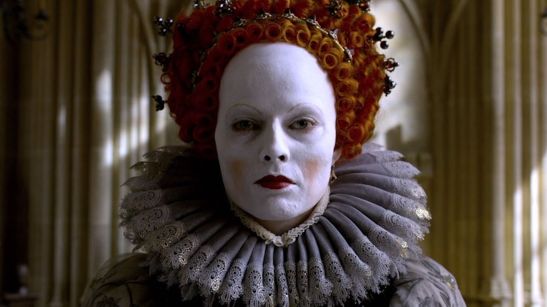 I had absolutely no fucking idea why what was going on was going on, but it appeared us lot in the cinema were getting a lesson in performance art. 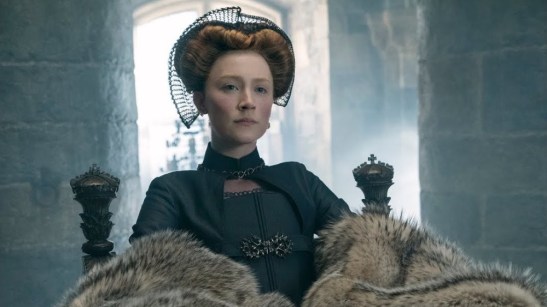 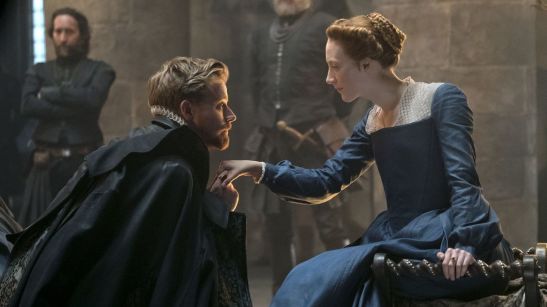 Much of this movie takes place in some lovely surroundings; vast hilltops and lush greenery provide a decent backdrop as the actors play out each scene. And a moment between Ronan and one of her male co-stars is so scenic it’s almost breathtaking. That’s right – the only element of this movie I personally enjoyed was the scenery.

God, how many different actresses have played Queen Elizabeth I in films over the years? Why do we need another one? In all honesty I have better things to do than sit and try to squeeze the positive juice out of this movie.
I’ll lay it on the line: it is terrible.

This entry was posted on April 6, 2019 by rickysfilmreviews.