The story of the legendary rock band Queen and lead singer Freddie Mercury, leading up to their famous performance at Live Aid (1985). 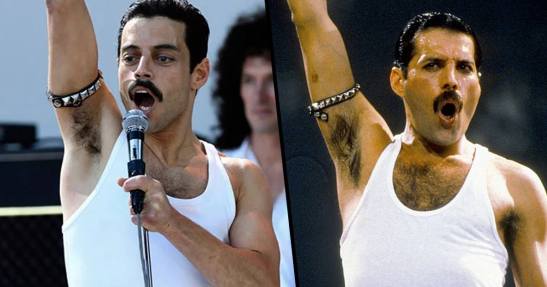 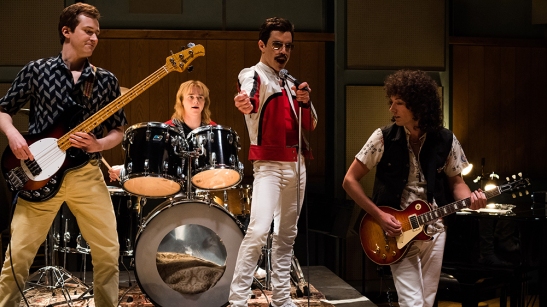 If I wouldn’t have looked like a total loser during the closing credits of Bohemian Rhapsody, I would’ve given it a rapturous applause. I didn’t though, and kept my absolute satisfaction to a minimum as I ticked this movie off my ‘Best of 2018’ list.

This is one of those biopic gems that is produced to perfection by taking the viewer on a journey of an artist’s life with scenes that are punchy, that inform as well as entertain, and touch briefly on the lives of all characters involved. But the most admirable thing about it is how rather than spiral into a boring ‘this is exactly what happened and how’ display, Bohemian Rhapsody drops Malek on screen and has him play out Mercury’s rise to worldwide success in the form of a story the viewer will have no problem following. The most valuable element of this movie is the creation of song. The viewer witnesses the birth of each of Queen’s most infamous tunes from scratch. From a member of the band first uttering a word that another member plays with and adds to a beat, to conjuring up an entire song and releasing it into the charts for it to become a worldwide hit, the boys’ process is documented in complete form. And it does so with a hint of both comedy and drama, avoiding a monotonous route like some other talky documentary-like films have previously. Instead, Bohemian Rhapsody remains an engaging watch for all. I was surprised by the layout; having Malek and the others play out most scenes in a style which made me feel genuinely involved.

Viewers also experience the development of certain songs the group come up with; having Roger howling “Gallileo” as high as he possibly can in a recording booth boosts the humour at the same time as highlighting the effort they put into it. Reactions in the audience during this scene and in in fact throughout Bohemian Rhapsody as a whole were of amusement. Malek is practically faultless at portraying Mercury. In fact I’d go as far as likening his effort to that of Meryl Streep in The Iron Lady (2011). His posture (including that classic ‘one raised arm’ pose) is spot-on, including body language and gestures so similar you’d be forgiven for thinking you were watching the real-life entertainer himself. It is hands down one of the most convincing displays in recent cinema. And those teeth.. brilliant. 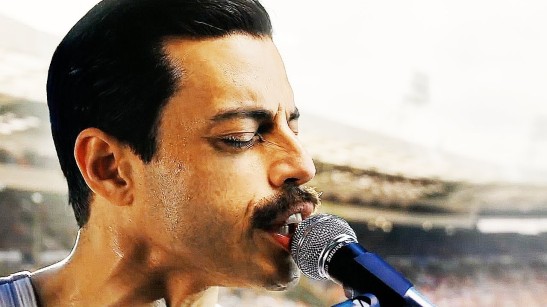 Bohemian Rhapsody runs like a well-oiled (or should that be well-lubed?) engine. Unlike many other biopics, it doesn’t begin with the protagonist swaggering past the camera cheekily stating something in a southern American accent along the lines of, “..looked like an easy ride didn’t it? Well let me tell you it wasn’t. Ask any of the locals…” etc. (A-HEM, Jersey Boys). It begins with Mercury walking up onto a stage, the curtain seconds from rising – and then whisks the viewer back to the beginning where he worked in an everyday job. And the story stems from there. Good stuff.

Some might think this movie pretentious in parts. Especially the scene where Freddie comes out to his wife. Personally, I think a very loud ‘tut’ came out of my mouth the second I saw Aiden Gillen appear. Whether straight or gay in real life, the actor has been thrown into ‘gay films’ as a support character since the 1990’s. I can imagine certain people reading this and reacting with something like,
“..actually it’s LGBTQFF, get your facts right”,
“err – you mean diverse equality LGBT art foundation premieres for homosexuals?”.
Whatever. They contain a gay story. Gay characters. They are gay films. My point here is Gillen seems to be typecast as the gay prop in such productions, not quite hitting similar status of his hugely popular Queer As Folk character, Stuart, but being a familiar face that boosts the open sexuality of the film he’s in. 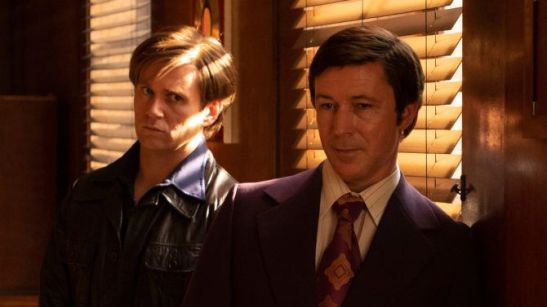 One scene sees Mercury (pre-fame) walk away from his future group – then come back – and casually start singing as artistically as he can. It’s slightly cheesy and Glee-like but is crucial to the story so best left in. Freddie’s coming out and how it affects people around him – including the revelation he has the AIDS virus – is touched upon only briefly, but is done with dramatic excellence by Malik. He puts some fine work into being the legendary singer, there is not one thing about his smooth voice or expressions I can fault. This, along with a constant musical atmosphere makes one of the most convincing biopics ever.

There isn’t much more I can elaborate on with Bohemian Rhapsody, it is almost cinematically perfect. Runs like your favourite TV show, includes top-notch performances.
Whether you’re a hardcore fan of the legend himself and Queen or just like to hum along to one or two of his songs whenever you hear them played, this movie will satisfy your ear for one of history’s most popular performers.
A brilliant biopic not to be missed.

This entry was posted on January 12, 2019 by rickysfilmreviews.