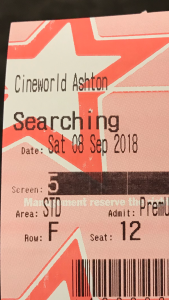 After his 16-year-old daughter goes missing, a desperate father breaks into her laptop to look for clues to find her. 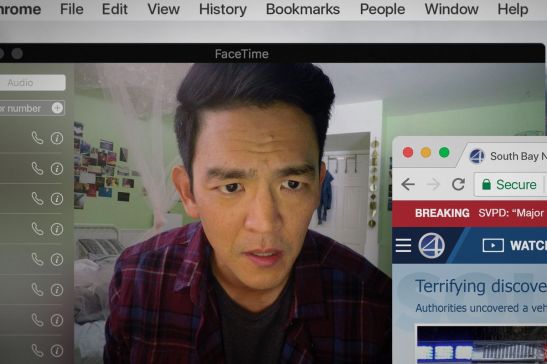 Searching is something different. There have been many films over the years told from either first-person POV or computer screen / smartphone POV. Unfriended: Dark Web is a recent example of the latter. But here comes something rather different; the same style of movie with a story that would otherwise probably play out as a mild thriller. You watch Searching as though through the lens of the lead characters personal camera – be it on his laptop or phone. And the action moves at a great pace, with David taking to various chat facilities, email, phone calls, and even setting up a hidden camera to record a confrontation with a suspect in his daughter’s case – in order to get to the bottom of it. It makes compelling viewing due to the story of a person’s missing child being laid out in a format similar to a found-footage horror. This film wins hands down for its refreshing concept and direction, it will have keen viewers hooked until the closing credits.

Searching actually reminds me of Gone Girl; the theme is slightly similar albeit centered around the life of a female who is very different (in every way). Still, it works and it is boosted nicely by its computer screen POV. Top marks there.

I don’t think there is one actor in this movie who doesn’t do a good job. Each person is relevant to the story and makes just as much of an impact as the previous one, including the backing cast. Messing (the cop) is brilliant; she adds a natural – yet slightly plain – flair to the role of Detective Vick which becomes increasingly tense the more involved she gets with David (the dad). And things heat up when he visits another adult male (Lee) whilst investigating Margot’s disappearance.. 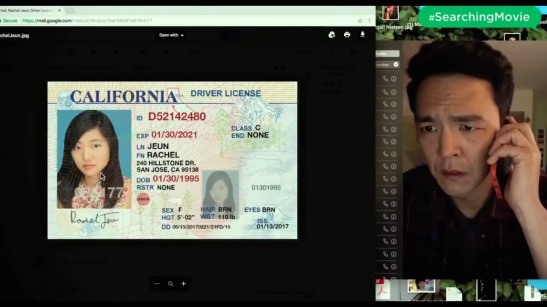 The lead actors nail it, the backing actors seal it. End of. Brilliant.

Oh, and just wait for the penultimate scene.. it’s acted out with dramatic brilliance, ensuring a mind-fuck situation for the protagonist is brought to a sinister end with a twist of surprise. 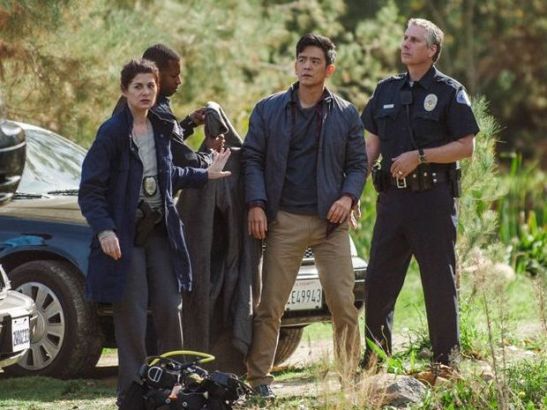 I’m having trouble trying to think of the negative aspects of Searching. But if I had to choose something it would be how the story is written towards the end of the film. It involves a plot twist, but some viewers might not find it overly surprising or captivating – and slightly obvious. After all everyone has different views on things they watch. I loved this. Some might dislike it, end of.
Also, haters of found-footage productions who can’t sit through shaky camera or endless beeping should steer clear.

So, on a warm September evening in a quiet neighbourhood of Manchester (bar a few local teens who seem to enjoy performing arson on the tram which runs through Ashton), I turned up at the cinema to give Searching a go. And was thoroughly glad I did.
This one is a new kind of found-footage feat. It incorporates all the live elements many viewers are familiar with from previous POV and similar movies such as Unfriended, As Above, So Below, Friend Request and Devil’s Due. And then it stirs in a genuine missing person case for its story which blends the production to perfection.
It contains moments of utter confusion, of rising tension, anguish, relief, and believe it or not – humour. All of this combined makes one of the most authentic movies of 2018 I’ve seen. I would recommend Searching to anyone.