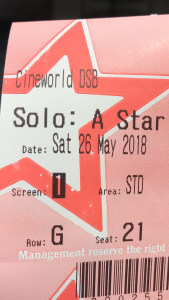 During an adventure into the criminal underworld, Han Solo meets his future co-pilot Chewbacca and encounters Lando Calrissian years before joining the Rebellion. 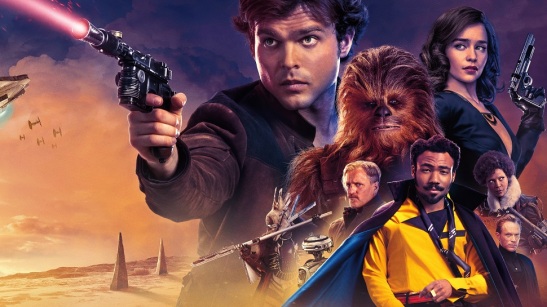 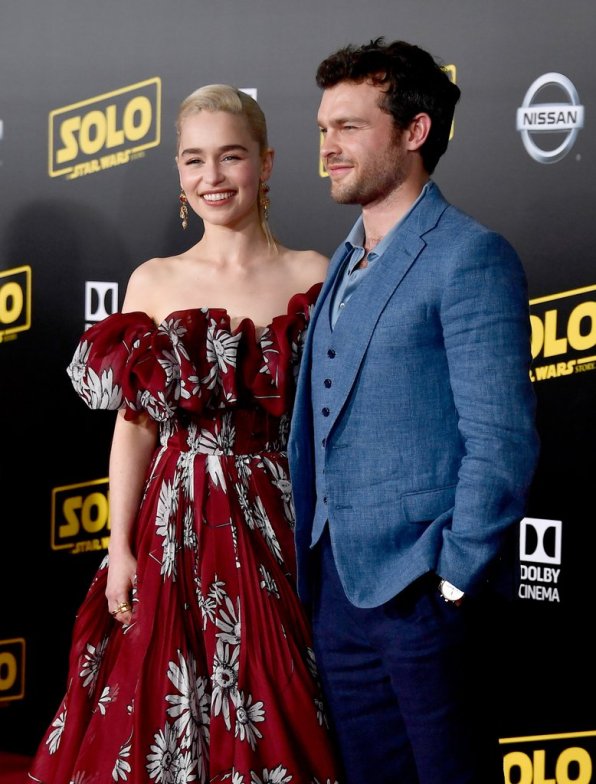 This movie is in a class of its own. It seems to vary from previous Star Wars productions in the sense that Han Solo gets his own spotlight. In almost spin-off style, this movie focuses on the young chap as he goes about doing things. I say ‘things’ because I actually lost interest a few minutes in and found my mobile phone more entertaining (whilst keeping the brightness at its lowest, I’m not a total cinema wanker). This movie is a load of space crafts whizzing through the air and actors running around trying to whip up an air of excitement; elements of film I have witnessed time and time again, but in various time zones and on different planets. It really is nothing new. 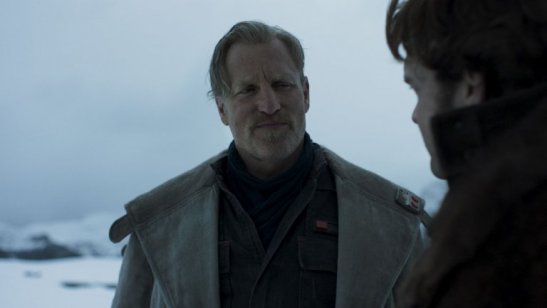 This may be a look into the early days of Han, but I don’t think we need it. As if there aren’t enough Star Wars films, episodes, spin-off’s.. this is simply an unnecessary addition to it all. Plus the previous Star Wars movie was a matter of months ago. This one focuses largely on Han and how he develops his fighting skills by joining the Imperial Navy. Cue a load of butt-numbingly boring scenes when Tobias (Harrelson) pops up and becomes Hans’s mentor. The actor – in his classic selfsame style – presents the gruff go-to guy who wisecracks his way through the script; thus viewers receive the one and only character who can deliver rude dialogue and get away with it because it was spoken in jest. That’s right – Harrelson gives you the ‘ropey on the outside, intelligent on the inside’ redneck character he always does. Nothing much changes there.

There is something missing here; a hole in the movie which turns it to utter tripe within the first 20-30 minutes. Visually, you can’t go wrong. Solo: A Star Wars Story crams enough CGI into the film that the screen is bursting at the seams with colour and clarity. It makes a constantly vibrant watch and should appeal to young as well as older viewers who love the entertainment that special effects bring. It’s all right here, aliens and all. 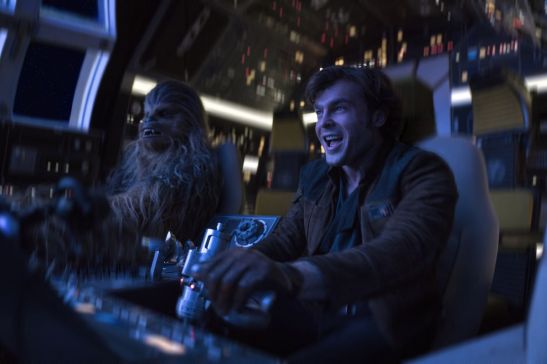 Another element which should appeal to certain people is how the producers mix that classic otherworldly Star Wars atmosphere with a dash of modern-day bustle. Veering slightly away from the alien stuff, this movie contains a fast-moving scene which sees Han and Qi’ra dash through a transport departure bay. Minimal it may sound, but this part of the movie switched the sandy plains, lightsabers and flapping gowns for an authentic sense of urgency, a scenario similar to that of a couple pegging it through Heathrow airport’s Departures lounge to catch a flight. For once – no passing planets and stars or empty black void outside the windows, and more of a realistic city living feel. 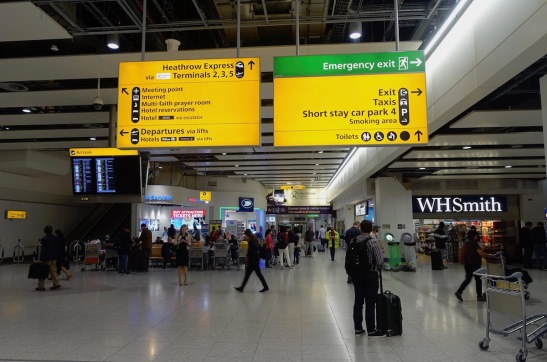 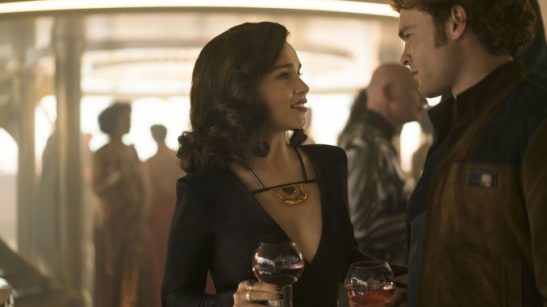 In summary, I would never sit through this movie again. It was a mission trying to think of the positives when writing this up. Star Wars has gone too far with this one, serving up a bland piece of action which has the exact same feel to it as a spin-off would. Fans of of the movies will no doubt be buying it to add to their collection as soon as it is released, I cannot deny it contains enough to keep them entertained. However, if you couldn’t give two shits about the franchise – avoid at all costs. Its recycled endeavour to wow audiences with showing Han before he reached his prime proves a tiresome one.

This entry was posted on October 2, 2018 by rickysfilmreviews.