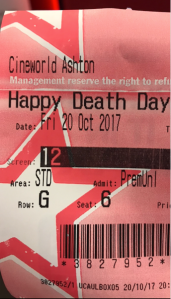 A college student must relive the day of her murder over and over again, in a loop that will end only when she discovers her killer’s identity. 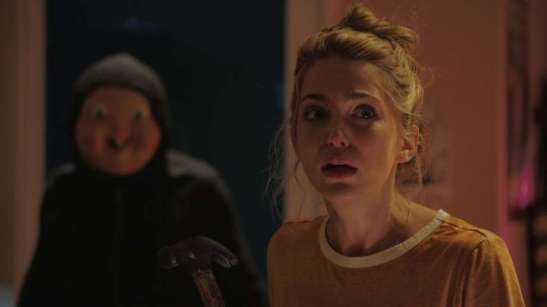 Happy Death Day is a sheer guilty pleasure of a movie. I mean, it’s a bit shit – but highly enjoyable at the same time. And we all know the 1993 hit it borrowed its story from.. 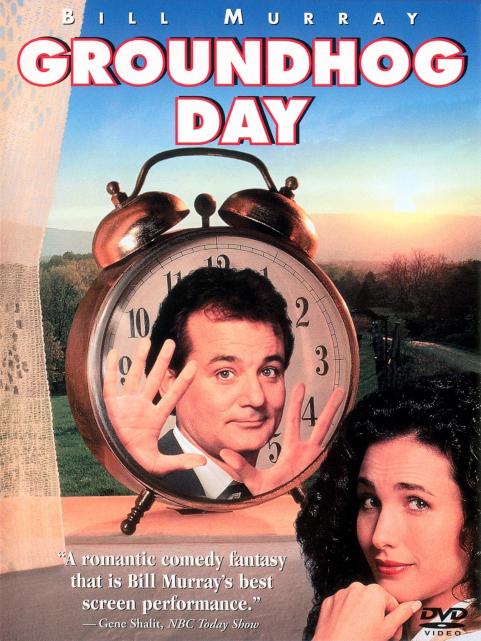 Strangley, both Groundhog Day and Bill Murray are mentioned in Happy Death Day – more of that later.

Although loosely feeding off of the plot of the above, this movie certainly comes into its own with a very entertaining protagonist and extremely easy-to-follow scenes. Where it excels though is the range of genres it covers; Happy Death Day splits into various emotions throughout: a dash of mystery, tears of sadness, a few scares, a load of laughs. And although this may sound a bit fucked up, it works. It all binds together to form Tree’s journey of self-development. She starts out as a self-centered bitch, but quickly picks up bits of herself along the way and becomes something different by the end; movies rarely do this these days, they dish out the horror or comedy and generally stick to the same path. Here in Happy Death Day however, important life lessons are learned amongst the murderous moments. 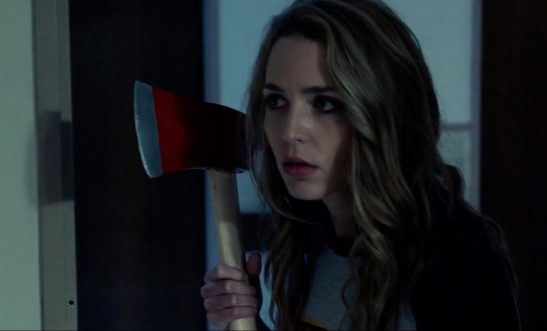 Rothe is one of the most effective performers I have seen on screen over the last few years. The woman can be very animated at times, proven here with her massive open-mouth screams and horrified facial expressions. A highly effective performer, she can snap from gorgeous to grotesque in seconds which ensures Happy Death Day is entertaining throughout. I have a feeling using an A-lister or someone completely unknown would have sent this movie into shitville, so great choice of casting here.

Broussard is wonderfully cast as shy love interest Carter. The actor joins Rothe on screen to deliver a performance which supports hers nicely, and he is just as entertaining. Funnily enough, he also has very animated chops; a huge mouth from which big grins beam, making him this movie’s adorable asset. 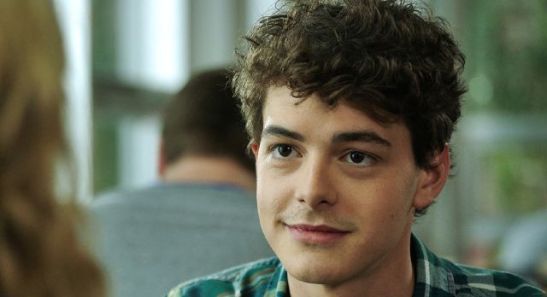 The finale where Tree discovers her killer unfolds way too quickly. For example, the whole confrontation takes place in one room and the closing credits subsequently pop up roughly 1-2 minutes after this. Considering the movie in its entirety is based around this creepy mystery, it doesn’t wrap up well. The producers did bad here for watering the production down and ironically, it was as though they had burst a juicy birthday balloon and let it become shrivelled. I certainly felt a bit deflated; they could have at least had the camera zooming in on Tree’s face slowly.. a tear falls down her cheek.. she turns and smashes through the door to confront the killer. Something to that effect, not just subtle conversation between her and (not telling) which steadily becomes nasty. This didn’t work.

Another downer would be the protagonist’s choice of movements upon discovering she is reliving the same day continually. Not to compare to Groundhog Day, but at least Phil (Bill Murray) uses his predicament to his advantage – punching the irritating man in the street square in the face after meeting him numerous times, for example. The most Tree does is grab a milkshake and pour it over her main sorority sister’s head. And not just that – but she does it so incredibly slowly that her victim has a lot of time to realise what Tree is doing and move away.. but doesn’t. Predictable eye-rolling shit right here as well as the lack of Tree making the most of her unusual situation.

And of course, the part where 1993 hit Groundhog Day is actually mentioned:

One scene sees Carter and Tree sitting at a table in a diner, where the pair have grown a bit closer following her frustrating time blip. Carter outright announces, “you know what your situation reminds me of? The movie Groundhog Day with Bill Murray”.

Just as I began to laugh, the movie’s soundtrack kicked in and Tree’s response – and the rest of their conversation – was completely drowned out by pumping music. This witty moment was splintered and suddenly became irrelevant, the dialogue concerning Groundhog Day overlooked due to the director (somehow) agreeing to blasting music into the picture. Had I been able to fully hear what the pair were saying, I might have laughed in recognition but the way in which Bill Murray and his film were mentioned – like mumbling under water – ensured this special moment between Tree and Carter was diluted instantly and didn’t have much meaning.

The reason for murdering Tree is fucking ridiculous. During the confrontation between her and ‘them’ the killer openly announces why he – or she – wants her to die; and it has to be the most pathetic reason I have ever heard in a movie. Far-fetched doesn’t come close. Fortunately, Tree questions their motive in an exasperated tone which just about saves the scene from nosediving spectacularly.

I wanted to know WHY. Why Tree’s day kept repeating. And this is the main element the movie failed to explore. I got that she was on a mission to track down her killer, but what exactly caused Tree’s day to keep repeating itself? Why would she wake up one day – live that day – be murdered – and suddenly wake up again to repeat the experience? Who or what was the cause of this? 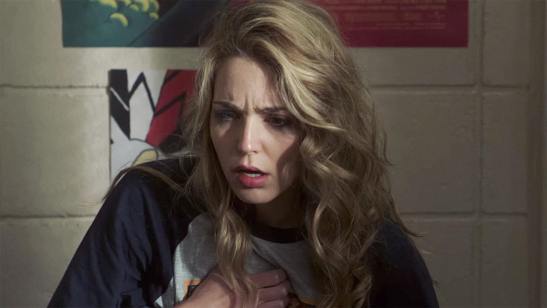 The only feasible explanation is Tree sharing the same birthday as her mother, who had died some years before. And this fact is touched upon briefly when Carter and Tree discuss reasoning behind her situation – but forgotten quickly. Instead, the topic of conversation ends with Tree announcing she must keep dying until she finds out who her killer is and any question of why this is happening to her is overlooked. The movie thus becomes a case of ‘what I’m doing’ not ‘why I’m doing it’.

The big positive with Happy Death Day is the overall sense of progression; one person’s journey to better herself through realising and correcting her mistakes. This brings a delightfully warm feel to the story, along with perky vibes (Tree strutting naked through university campus, etc.).

Whilst it entertains where it should, Happy Death Day lacks the substance it needs to make it brilliant. It could be one of the most refreshing films of this year, but sadly some meaningful bits of the plot are massively overlooked. Plot holes? These are plot fucking sewers. Such a shame.
This is the type of movie you switch off, give a short giggle at the silliness of, and then move on immediately instead of sitting back feeling refreshed at the wonderfully strange concept. It lacks highly in character consistency too as it gives the viewer brief scenes in which relevant people like Danielle pop up – but bugger off again moments later leaving Tree to her own devices. Would I buy this on DVD to add to my current 700+ collection?

So there may be plot holes, but overall Happy Death Day is one of the most wonderfully bizarre creations to come out of Hollywood in years. During a time where Pitch Perfect’s Riff-Off is being ripped off for a third time, Marvel just won’t give it a rest, Bad Moms got worse, and the sequel to Daddy’s Home made me want to actually go home, this movie is a welcome relief. It might not make a long-lasting dent on your imagination but it entertains where it should, and Rothe is just superb as the lead role. I can’t fault her at all.
Give it a bash.