A has-been actor best known for playing the title character in the 1980s detective series “Mindhorn” must work with the police when a serial killer says that he will only speak with Detective Mindhorn, whom he believes to be a real person.

For quite some time I haven’t seen a comedy as disappointing as Mindhorn. I went along to the cinema thinking I’d be in for a treat. But on the contrary this movie was nothing more than an 87-minute piece of theatre more suited to television than the big screen. Its main problem is its comic splintering; the movie contains a few laugh-out-loud moments but the air of hilarity these create is quickly dissolved by subsequent scenes, as the story turns less funny. Barratt does manage to bring the comedy up again though fortunately, if only for a few minutes.

The cast ensemble of Mindhorn are not great. Usually I comment on how effective they are as they work together to deliver the goods. But it depends on the movie.
Not this one.
At all.
The mismatched casting of Mindhorn means you get several ‘unknowns’, a few ‘familiars’, and an A-lister shoved on top. The A-lister being Tovey. David Schofield (as Chief Inspector Derek Newsome) rang familiar to me – but I haven’t seen the man hold a lead role on television or in movies for well over twelve years.
Riseborough as DC Baines brings as much dynamic to the production as a split condom (I.E. not very effective and just a floppy waste of time). And the scene involving her tracking down Mindhorn in a forest is absolutely hideous; something happens to her which is met with one of the most unnatural reactions I’ve seen in cinema. The woman’s performance is nothing short of an unenthused college drama student on stage trying to act out a script, knowing full well they chose the wrong course to study.
Awful.

Davis as Mindhorn’s love interest Patricia is the diamond stuck amongst coal. She’s slightly bland but certainly one of the strongest performers. Almost satyrical in style, she ensures dry comic relief and helps carry the movie along.

Mindhorn is the perfect example of a movie which just about claws its way to the final scene – and then gives a good giggle during the showdown between the lead characters / enemies. One of those productions where the humour used during final moments should have been used throughout the entire thing – but wasn’t. Thus Mindhorn leans towards the heavier side of the disappointment scale, coasting through the story with subtle scenes and a sore lack of hilarity. The potential was there – and it wasn’t used. 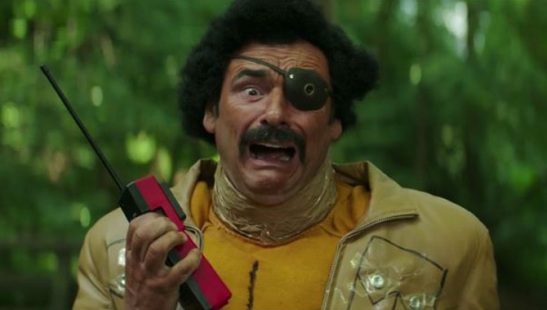 The idea of Mindhorn didn’t keep me engaged in the slightest. Its story is easy to absorb, but this is partly due to its lack of substance. Barratt spends a lot of screen time swaggering around in a leather jacket, delivering (not very) funny one-liner’s as the character himself sets off to assist the police in capturing the bad guy (Tovey). This plot is so dumbed down that it gives the movie more of a comedy sketch feel, which is great for TV. But definitely not for the big screen.
British police constables stood baffled in the middle of wide, grassy fields add to this sketchy feel with additional tongue-in-cheek type material delivered by Barratt, like Mindhorn’s attempt at luring the criminal into the hands of the authorities by speaking to him on the telephone from the police interview room. I must say this made me chuckle though.
Yes. A scene I actually appreciated..

Barratt’s comedic timing in this movie is faultless. The scene where Richard – as Mindhorn – sits at a desk to attempt to make contact with Paul Melly genuinely made me laugh out loud.
This involves a ringing telephone and Mindhorn having to answer it but not quite getting there – even though he is sat in front of it. The man radiates a perfect air of comedy as he plays out this farcical situation (shown in a UK trailer). I enjoyed this heartily, but was a prime example of a shit movie throwing something hilarious at the viewer – before returning to shit again. Not great but Barratt acted a sheer saviour, helping the production to move along. 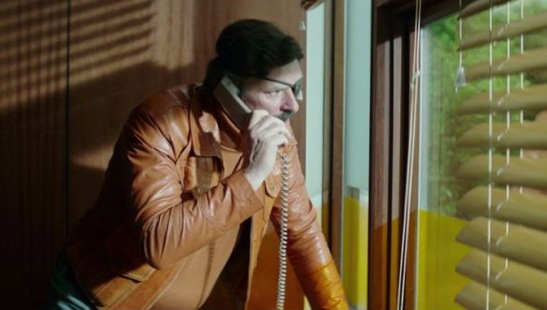 I won’t be dishonest about the movie; there were one or two very funny moments. It wasn’t completely flat.
Although I can’t help thinking the lead actor either:

Maybe both. But something was wrong with Mindhorn.

What an absolute let-down. Like a juicy floating balloon that has been popped and become a saggy lifeless flap, Mindhorn lost all its air within the first half hour. The movie had potential but didn’t fill it in the slightest. And with a handful of backing cast who just weren’t funny enough to deliver the dialogue, uninteresting filming locations, and an uneventful story, this movie adds to the list of the worst comedies I’ve seen in years.
Its scene structure was terrible also, as though director Sean Foley just threw anything and everything he had at the screen like an artist splattering their canvas with random colours. And it was due to this that the movie seemed to follow one straight path, instead of having scene dynamics.

Once in a while I notice a movie that does good; its scenes are broken up by lowering or heightening the tensity of the story taking place. It can be comedy or serious, but gives the movie the dynamics which boost its flow. Mindhorn was the opposite. More of a bite-sized comedy feature. Hence my comment about it being for television rather than cinemas. 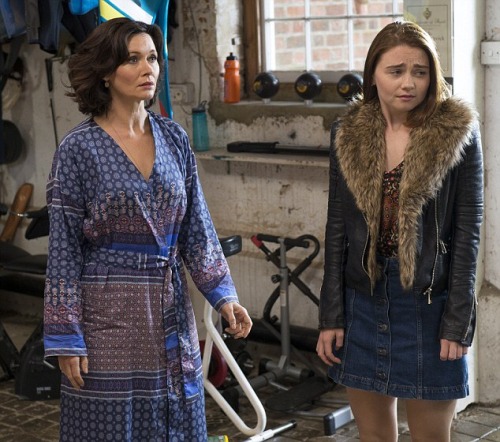 Talk about dry!
I wouldn’t give this movie a second thought if I saw it in a rental store. The sort of feature where an advert for it pops up on a website you’re browsing months later, and your instant reaction is an eye-rolling, “pfft, whatever” one.
Don’t bother.
And if you do bother, you have apalling taste in film.
Harsh but fair.

This entry was posted on July 8, 2017 by rickysfilmreviews.