Guardians of the Galaxy Vol. 2

The Guardians must fight to keep their newfound family together as they unravel the mystery of Peter Quill’s true parentage. 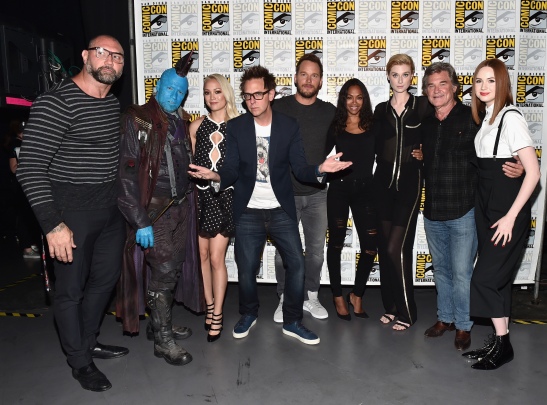 Christ, what a load of utter shit.
A green woman. A blue man. A rat thing. A piece of bark. And a man in a (I must admit, very nice) outfit strutting around like he owns every star in the sky. It’s not great really, is it. The concept alone is tacky; a group of misfit heroes (or wannabe misfits. I get the feeling the characters thrive off wanting to be outcast, but ultimately end up coming across as total fuckwits) venturing into deep space to fight space crime and contribute not a lot else to either the alien or human race.

Pratt leads the way as slick Peter. All I can really say is that he does a good job, but he’s no award winner. In fact, Pratt is one of those actors who manages to tell a story and portray a character with minimum effort – and not necessarily in a good way. Passengers (2016) for example; he spends 80% of the movie with a face like stone. A slight glare, but otherwise gets through it with a few shouts and whinges.
He’s a bit monotone here too, coasting through Guardians of The Galaxy Vol. 2 by delivering the right line at the right moment. He just – happens. His co-stars aren’t bad and fortunately supply enough energy to support Pratt. I just wish they’d been given better script to play with, some of the banter exchanged between lead characters was terrible. Immature. And perhaps this is the point of Guardians of the Galaxy movies: shower viewers with a crude load of shit and immature moments to gain a few laughs. 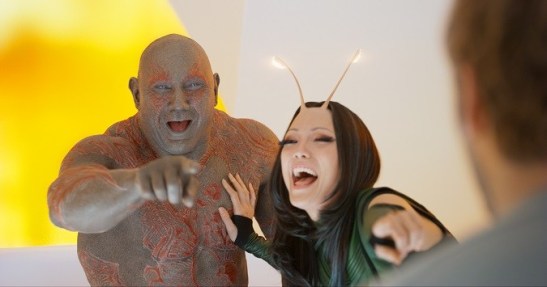 ..didn’t work for me. I can see right through those tacky moments, to the point of being sat there – completely straight faced – whilst something stupid happens on screen. Thinking back on watching this movie, I honestly cannot muster the enthusiasm to elaborate on it. And this is where my review splits, as I break Guardians of the Galaxy Vol. 2 down into two segments: the good and the bad. 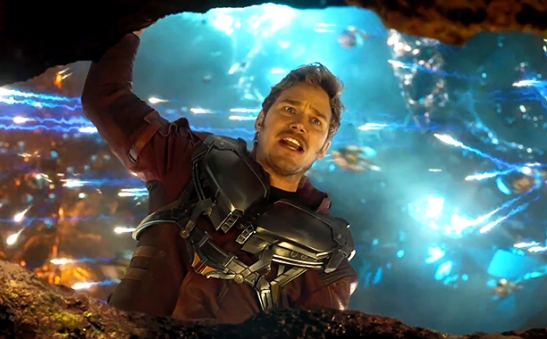 Visually speaking I cannot fault this movie. Objects, landscapes, characters and spacecrafts are brought to life with fizzing clarity and juicy colour. Especially during the scene where Peter visit his father’s homeland for the first time. The backdrop is deliciously alien, blending misty sunset colours with sparkling architecture. The graphics aren’t bad at all here, the producers paint a flawless picture of a new world. A must-see for sci-fi fans.

Something is wrong with this movie, in terms of consistency. Some scenes jump from one to the other and contain almost irrelevant action / dialogue. The part where Gamora, Drax, Peter and Mantis are sat idly on sofas is like a director’s stop-gap. A freestyle improvisation moment for the actors. Mantis admits she can sense people’s feelings. She then analyzes Peter, says he is full of love for Gamora. And then Drax roars with laughter and demands she analyze him also.
And that’s basically it.
This scene is neither funny nor serious. It fits nowhere on the theatrical scale, almost stunting the movie’s progress.

It’s easy to tell what is going to happen – and it does. Guardians of the Galaxy: Vol. 2 is a predictable piece of cinema, leaving little to suspense as the plot unfolds like a children’s story book. The producers seem to think this is a movie for juniors rather than a mix of all ages, it really is that simple. 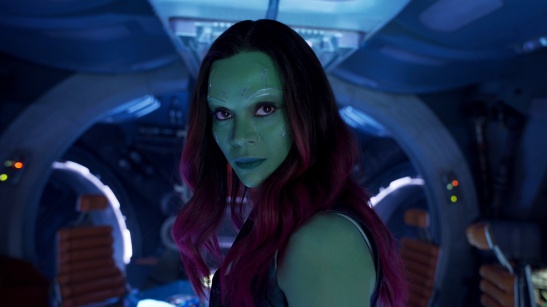 Not a great one, this. Visually it’s impressive but otherwise it’s as immature as fart jokes.
But then, if you’re a fan of farts you might just like it.
Pay to see it though?..

This entry was posted on July 8, 2017 by rickysfilmreviews.