Hunt for the Wilderpeople

A national manhunt is ordered for a rebellious kid and his foster uncle who go missing in the wild New Zealand bush. 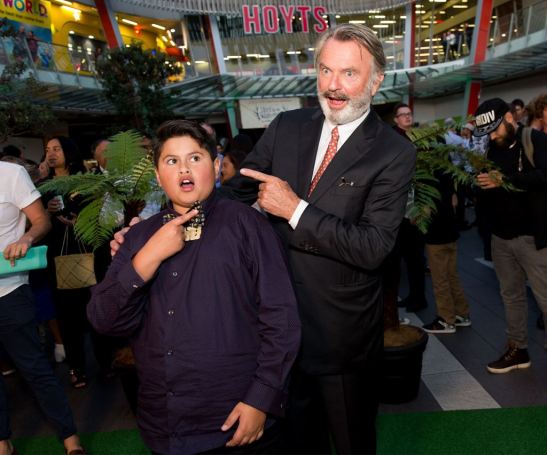 What an utterly bizarre movie. Seriously. I don’t think I’ve seen anything as weird as this since Sightseers (2012). Although it’s not as violent. It’s watchable though, I’ll give it that. And for the more (how do I describe it.. artistic? Satyrical? Surreal?) appreciative of viewer, Hunt for the Wilderpeople should satisfy enormously. It is one of those diverse features which steers itself away from standard Hollywood type blockbusters, becoming something almost artistic. For starters, the setting is beautiful..

Huge open plains, dense forests, gushing rivers and mountains all contribute to the lush backing. The screen is drenched in nature and lucious greenery for a good 90% of the movie and I have to give the producers top marks for this. Instead of dropping the viewer amongst glass city skyscrapers and speeding cars like much of Hollywood does, director Taika Waititi transports them into a natural, idyllic setting (namely, the bush). And it works, because although the setting may be minimal during particular scenes – such as the one where a fight kicks off in a forest ranger’s hut – the atmosphere remains a breath of fresh air. Literally. 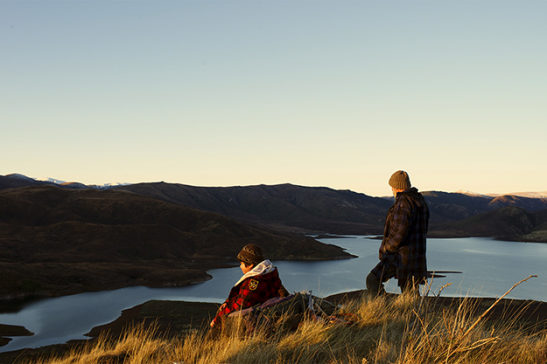 The story follows Ricky and his foster uncle Hec as they trek cross-country on the run from the authorities, so you get a constant outdoor setting as a backdrop for the pandamonium which unfolds along the way. Shoot-out’s and stand-off’s, narrow escapes from authorities, starvation, arguments and realisations.. this is not your standard hike in the woods. It’s a forest farce, made better by the black comedy the movie feeds on.

Hunt for the Wilderpeople is one of those movies which uses observational humour to portray its characters. Aunt Bella for example; she is everything you would expect in an isolated foster mother, and her loving attitude towards her new foster child is wonderfully heartwarming. And with this, Wiata brings delightful comedy – relatable comedy; her character displays quirks some viewers may have seen in people they have met in life. Observational humour is such a valuable factor of cinema. Personally, it makes me laugh because it rings true – it may have happened in real life. This happens during Hunt for the Wilderpeople, there isn’t much pretence or dramatics. For example:

When Ricky arrives at his new home he gets out of the car. Stands staring at his new foster parents for a minute. And then turns round and gets back into the car.

Dinner time on Ricky’s first night in his new home, and Uncle Hec sits scowling at him across the table as Aunt Bella tries enthusiastically to make the kid feel at ease. Ricky says nothing all the while, finishes eating, gets up, says “goodnight” and leaves the room. 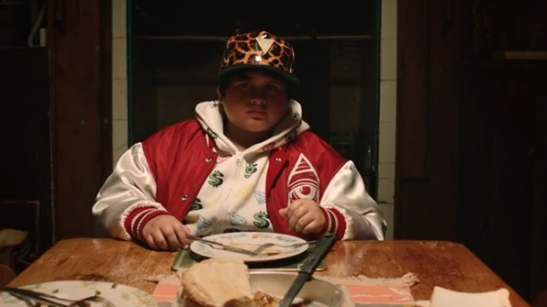 Aunt Bella being overly friendly when knocking on Ricky’s bedroom door, explaining what facilities he has including the hot water bottle under his bed. And then opening the door, peeking her head round and chatting to him about it anyway.

Whilst on the run in the bush, Ricky and Hec exchange some raw dialogue; some funny. Some serious. Some heart-wrenchingly honest. Just a few lines spoken by the pair are comparable to the sort of conversations you’d hear take place between people in real life, it is very touching.

Paula (House) is the sort of harsh character you wouldn’t want to come across in real life – but probably have. Focused entirely on Ricky’s capture, the woman is like a bull in a china shop. The type of woman who performs her job with a smile – but underneath is a coniving bitch who simply takes pleasure in her own self-achievement. House is fantastic to watch, a real on-screen presence. Perfect for pantomime I reckon. And god does she look like the Trunchbull from Matilda, could be her sister.

I’m not going to lie; I was bored shitless for at least 60% of this movie. It takes off slowly, and then slows down halfway through – which is never good for a movie to do. Ultimately, you’re watching a kid and an old man tear up as much bush (ha! Had to. Really had to.) as possible. Constant trekking through forest and across hilltops. It really isn’t overly entertaining and is only the conversation which takes place between them that is really worth hanging on to.
So as well as Hunt for the Wilderpeople being a very honest, witty piece of cinema it also contains dull lengthy scenes which would bore the arse off even the cinema seats. This is where my opinion is torn. 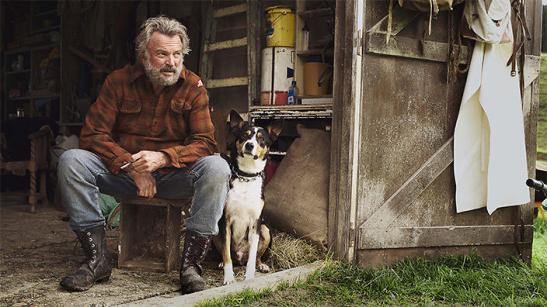 Right, I’ve got to get on with other reviews so this is where this one ends.

As mentioned above, this movie excels in its portrayal of human emotion and is spot-on when delivering the funnier scenes – because they ring true. Its leafy settings are to be admired as well as its distinctive characters and how they carry the story.
However – if you’re a bugger for action movies, love a bit of hero swinging from a rope, shoot-out’s, shagging, car chases, wild explosions.. then you’re going to think this movie is the most dire piece of shit you ever sat down to watch.

Give Hunt for the Wilderpeople a go if you’re bored on a Sunday afternoon. You know those classic afternoons when literally everyone you know have fucked off out for the day with their other half and you’re sat in the living room tapping your phone – wondering what to Google next due to lack of entertaining activity. Yes – those.
Incredible though, isn’t it; we have the entire world at our fingertips from our smartphones – and yet we run out of things to Google.

This entry was posted on October 7, 2016 by rickysfilmreviews.