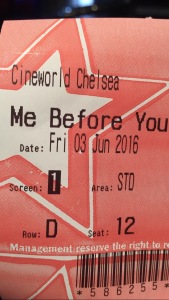 A girl in a small town forms an unlikely bond with a recently-paralyzed man she’s taking care of. 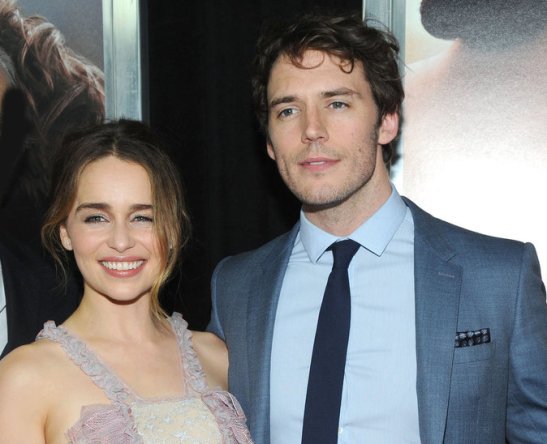 Me Before You.
I saw the advertisments – mainly the poster at various London Underground stations – and immediately knew it wasn’t my type of movie. A slushy, bullshit romance that would be as predictable as it was tedious. Even the trailer; showing a disabled man expressing his affection for a woman who had somehow changed his life. Obviously.
What a load of crap.
So, I headed to the cinema. Got my ticket. Raided the pic & mix. Then shuffled past a couple whose legs seemed so abnormally long that I got stuck between the seats and had to get the guy to hold my Starbucks latte as I threw myself into my seat. Sighed. And prepared for a total snooze-fest..

WIN.
I frigging LOVE IT when a movie looks awful – then turns out the complete opposite. This is exactly what happened here, as Clarke took over and delivered one of the most adorable characters I’ve ever seen in the movies. And Claflin backed her up with a brilliantly harsh and heartfelt performance.
My main observation of Me Before You is the humour it radiates. In the total opposite of what I expected, the movie veers away from remaining deadly serious and harrowing; instead it is very funny in parts and had the audience – and myself – laughing out loud at some situation comedy. Most of this wouldn’t have been possible without Clarke though..

Amelia Clarke is just superb in this movie. With just the slightest wide-eyed facial expression she brought the house down as the audience roared with laughter. The actress displays facial expressions caricature style. Big wide eyes, open mouth, confused look on her face, all contribute to the funny factor. And it works brilliantly too (think Toni Collette in Muriel’s Wedding). One example being Louisa’s job interview at the Traynor residence. The girl is scatty, all over the place and comes across as a chatty bundle of nerves. Up against Mrs. Traynor (McTeer) Louisa is absolutely tragic. And with those terrified facial features, it makes a bizzarely funny watch. The audience were loving it. And so was I.

Humour became just plain weird as Clarke’s facial expressions became slightly sinister at times. The actress looked like a meerkat on ecstasy at one point, she freaked me out. And when not being hyper as hell, she was the total opposite – as though acting through glue.. speeeeeaaaaaking reaaaaal slowly, mouth hanging open. Bizarre stuff.

Another negative was the far-fetched aspect. For example, Louisa is offered her new job way too quickly. She enters the Traynor household and gives the most awkward interview; falling over, interrupting people, acting like a nervous wreck; it’s an interview any normal employer would consider a write-off, wouldn’t even consider employing her. But in reverse the exquisite, articulate, high-class Mrs. Traynor interacts with this young woman (an entire world away from the likes of her own family and clearly has issues), and hires her instantly.
This just wouldn’t happen.

I’m trying to think of more negatives, but I really can’t. Which makes me wonder what I missed when I watched Me Before You – given the standard rating for it. I recently searched it on Google and noticed a terribly low rating. But I can’t figure out why.
I can ony assume the people who rated it so low were gooey idiots pissed off at the fact this movie didn’t either:
– end with the standard sloppy bullshit most romances do.
– stick to the book they have read and adore so dearly.

Which brings me to my next point.. 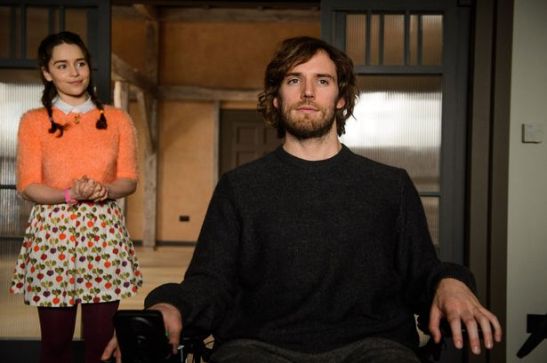 I loved the fact this movie didn’t end on a high note, it ended on a realistic note. Sorry guys, but happy endings are just a load of old crap:

The guy wins the girl – even though the girl fucking hates him.

The world has literally come to an end – yet the Avengers (a group of six singular people) still manage to swoop in at the final minute and restore it.

A girl who fakes a career she has no experience in still gets promoted because her employers see the funny side of her endeavour.

Two groups of people battle for the same prize – and the losers somehow win.

It’s just tedious, unbelievable. Not everything in life goes your way, ends on a high note. Sometimes people are faced with a harsh reality. Viewers need to be presented with such, instead of thinking everything is rosy.
So when Me Before You ended with William dying, I felt a huge pang of sadness (I found myself crying amongst many other sniffling audience members) – but a sense of satisfaction at the same time because of how real it was. It wasn’t a character being involved in an accident or dying from natural causes either; William chooses to end his life (despite how happy the pair are together, and much anger and upset from Louisa). The harrowing issue of ending one’s life is something most of us have seen in the media before, it’s very realistic. This is where Me Before You excels; it flows with honest humour and then blends slowly into raw emotion, and a very realistic ending.

Me Before You was everything I didn’t expect; humour and a few hilarious moments, it flowed well with non-tedious snappy scenes, it also evoked physical reaction from me (and at least 75% of the audience) I.E. crying / laughing out loud. It definitely won’t be everyone’s cup of tea – it really is slushy in places – but from a production point of view it gets top marks from me for its brutal honesty and realistic approach at a love story.

This entry was posted on June 24, 2016 by rickysfilmreviews.