Alice Through the Looking Glass

Alice returns to the whimsical world of Wonderland and travels back in time to help the Mad Hatter. 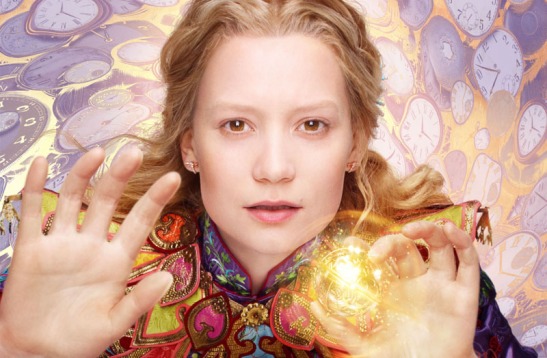 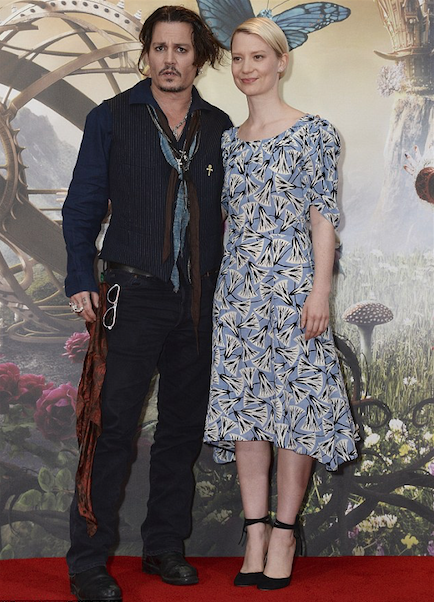 Alice Through the Looking Glass is perfect for children. It dazzles with beautiful, glossy colours and animation. A lot of work clearly went into the production and I have no doubt whatsoever that if you sit the little ones in front of this, they will be thoroughly entertained.

Alice: wears some weird (I’d go as far as to say fucked up) outifts. At one point I thought she looked like a visitor from outer space; she attends a social occasion where her aquaintances are dressed in formal attire. And then she enters dressed like a guardian of an outer space galaxy prison. It’s quite entertaining to watch – how different Alice is from her peers, making it fit perfectly into the fantasy theme.
Wasikowska gives it her all in a faultless performance of the lead character, brilliant casting.
The downside: she comes across a bit whiney and dull sometimes; the girl just walked through a mirror and into a magical land, and yet she still manages to replace fascination with whinging.
Good show other than this. 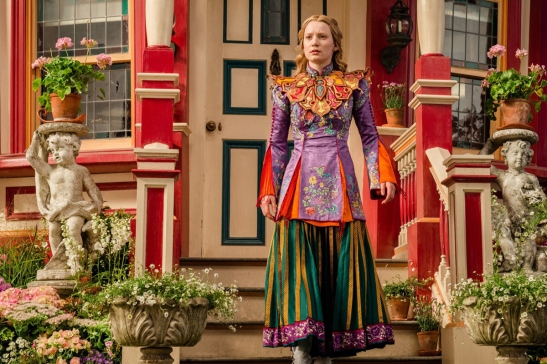 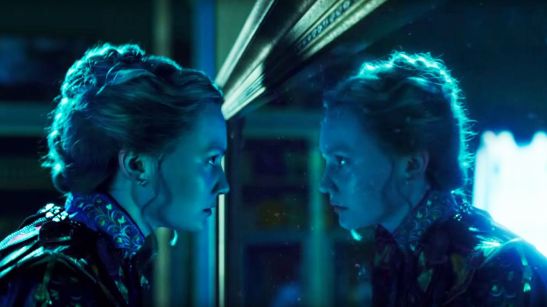 Red Queen: is just hilarious. Bonham Carter (ironically) overrules any other cast member with her mad personality. The actress is fantastic; icy glare through black makeup and those red lips ensure a capturing personality whenever she is on screen. She fills the screen with dread ad well as humour – a character you might possibly love to hate. There isn’t a lot Bonham Carter can’t do these days, and Alice Through the Looking Glass proves it.
The downside: she doesn’t get enough screen time. The Red Queen seems to appear, throw a few lines at her fellow characters, then disappear. Such an entertaining character should be present more often in a movie, not used as practically a cameo.
Also – that laugh. A guy sat near me in the cinema laughed out loud – at the Queen’s laugh. It’s just superb, twisted. I love it. But the actress does it once throughout her entire screen time, it just wasn’t enough. 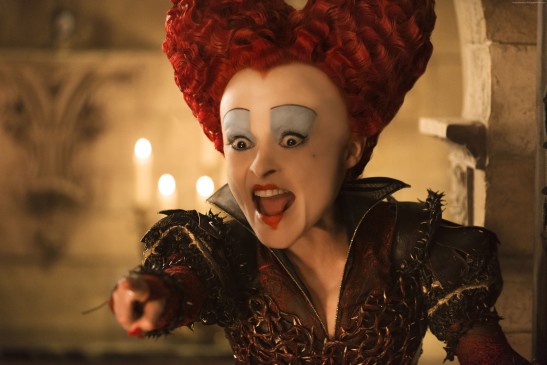 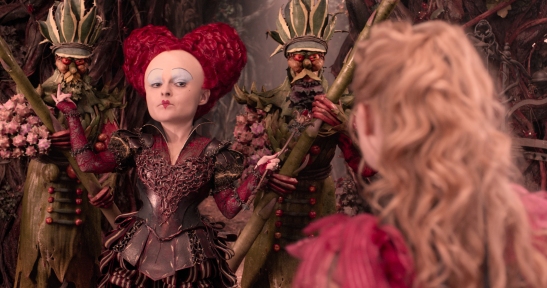 Hatter: annoys me for some reason. Perhaps it’s the fact he’s played by Depp. Something about the character is sickly, more irtitating than funny. I think Depp brings too much of his own style to the role; the actor is notorious for being wacky. Slightly high-pitched voice and wobbly head movements (he cocks it robotically from left to right, left, right like a mime artist on MDMA), Depp utilises a whole lot of deadpan action in most of his roles. However, here in Alice Through the Looking Glass it’s hard to tell if he’s giving us the same shit, or genuinely acting – giving a serious performance.
The upside: Hatter is colourful, distinctive. For what I dislike about Depp’s portrayal, costume and makeup make up for. He shines positively with radiance.. and this is just the foundation he is wearing. Never mind Alice, this chap has such an incredible dress sense that he is a truly unique league of his own. I find him irritating, but I just can’t deny how much of a captivating character he is. 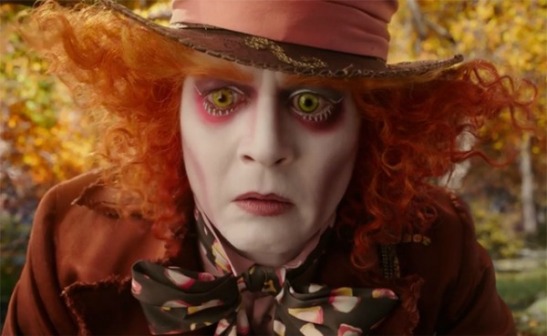 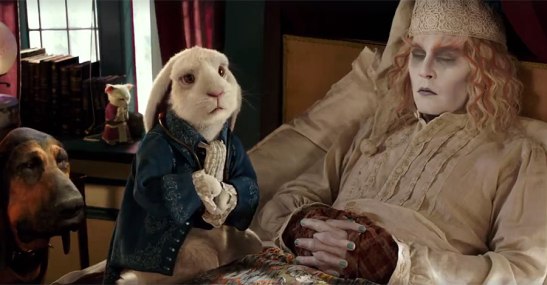 White Queen: is a performance I just can’t decide on. On one hand, Hathaway looks brilliant as the sultry Queen. Milky-white skin, long flowing hair, even longer dress.. she looks the part. But she doesn’t quite pull off the performance for it. The actress must have found this the easiest role she has ever played, because I’m sure there wasn’t a lot involved. She spends her time floating around the set speaking in hushed (and slightly strange) tones of voice. I can only sum up her performance as being like a pantomime character; a damsel in distress, or sugar-sweet princess.
Yes, Hathaway looks the part. But performance-wise it certainly wasn’t her most engaging role. 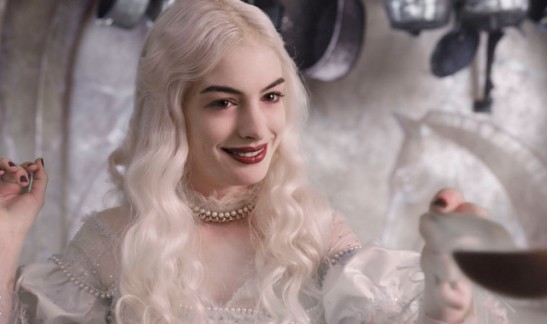 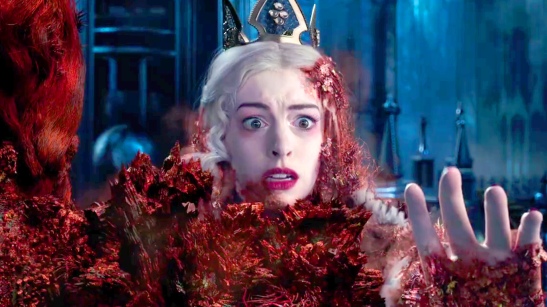 The kids will love this movie. It’s bursting at the seams with animation and fast-paced adventure. The story is light, simple and easy to digest whilst enjoying some cracking CGI and animation. However, the overall story begins – happens – and finishes. This movie was over before I knew it, and wasn’t very involving.

Give it a go if you’re a fan of the first movie, I don’t think you’ll be disappointed. Although lacking in story depth, it’s like an after-dinner mint to a main course – rounds it off nicely. 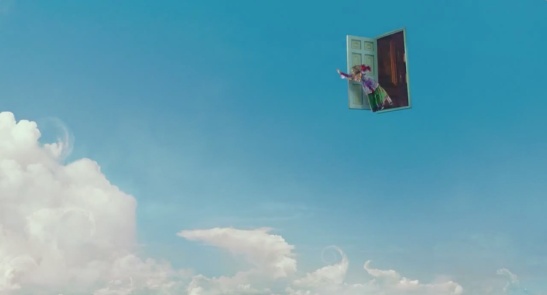 This entry was posted on June 18, 2016 by rickysfilmreviews.