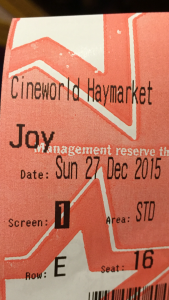 Joy is the story of the title character, who rose to become founder and matriarch of a powerful family business dynasty. 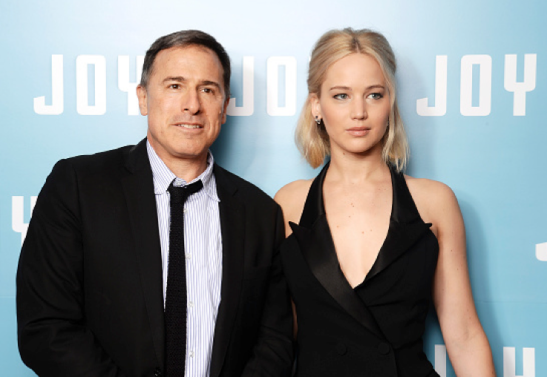 This movie speaks a clear message: if you want to see changes happen or want something done – do it yourself. Joy moves at a good pace, with its lead protagonist getting caught up in some difficult situations, all the while this message radiating from what is shown on screen. Joy was a refreshing watch, purely because of how realistic it was. The woman herself trying to balance a job with a child, as well as starting up her own business and dealing with feuding parents and an ex-husband. Usually movies casually gloss over the difficulties of everyday life – or focus on just one issue without highlighting those others which surround it – but this one does. It’s a car crash of human emotion which although seems a little drawn out at times (some scenes are lengthy) remains an entertaining watch as Joy gets over one problem, then faces another. It’s honest and very funny at points – funny because of how what you’re watching mirrors real life, it’s something most people can relate to. 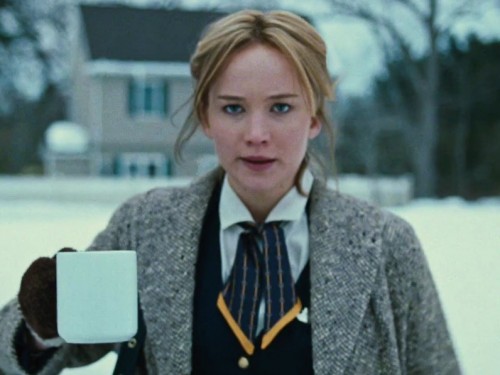 I’ve personally experienced those moments in life where I want to follow up on an idea – do something – which my family are not as enthused about; thus realising I have no one else but myself to help make it happen. It’s a strange feeling but can happen, your parents may not want (or be able to) help. So you think, “fuck it” and get on with achieving your goal.
This is also where Joy excels; it portrays a single woman who has so much passion, and yet her family won’t help her. So she adopts a case of ‘Do It Yourself’. This theme runs solidly throughout the movie, giving it a nice touch of empowerment. I enjoyed watching Joy get off her arse and do something about her situation. This movie is a must-see for those who need a bit of inspiration in their lives. 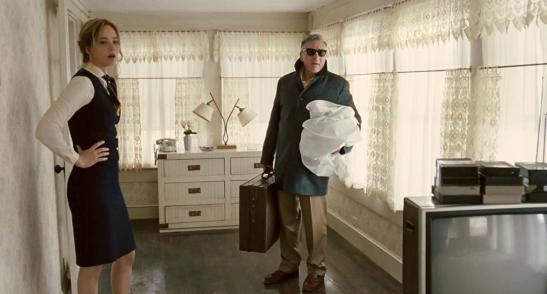 Have you ever watched something in a movie or on TV which genuinely stirs a feeling of sadness inside you? A particular look on a character’s face, or the whiney way they deliver a line perhaps. A moment where you feel sorry for the person you’re watching. I had this during Joy.

When Joy and Tony marry, the scene is pretty much perfect; lovely dress, cheerful guests, the cake cutting, the vows.. but then comes the speech from the bride’s father.  Rudy (De Niro) gets up and starts talking about how proud he is that his wonderful daughter is getting married. Which quickly turns sour as he explains that her marriage will not last, and that both husband and wife will grow tired of and frustrated with each other.
It was a darkly comic moment thrown in which I found entertaining, just the sort of scene a movie like this would have, to match its already brutally observant nature.

Joy tries to hush her father from offloading any more acid-tongued opinion, but fails terribly and ends up bursting into tears.
This yanked at my heart.
Watching a bride in her wedding dress with her mouth hanging open, tears streaming down her face. Jennifer does it so naturally too with a very convincing performance. This small scene isn’t even long – more of a clip – but it’s proper disheartening. I couldn’t help but feel sorry for the girl. 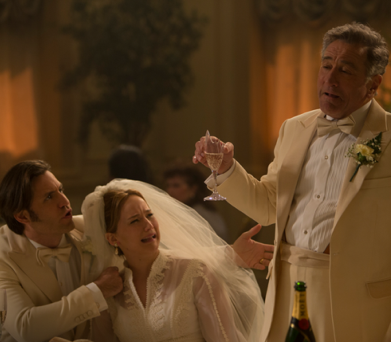 For viewers who enjoy a snappy, fast-paced flick that delivers the main story in an hour or so, Joy will probably seem like it lasts forever. It’s lengthy in places, making the whole thing drag – and if I’m honest I found myself with folded arms at one stage. As brought to cinema by the same director who gave us The Silver Linings Playbook, Joy turned out to be the same style of movie; slightly artisic. Raw but honest. Bursting with natural characters who portray genuine real-life situations. And as such (the director has to fit all of these elements in) the result is long.

And with length comes mess, unfortunately. It doesn’t matter how good a movie is, production-wise it can still overflow with actors, scenes, dialogue, etc. (Bridesmaids for example – it’s hilarious. But at the same time contains so many scenes involving so many characters that it trails off into boredom by the end and becomes slightly tedious).
Joy was no exception. It starts to get long. So if you’re expecting something short and sharp – don’t. But if you have a few hours to spare one afternoon give it a go, because its talented cast and empowering storyline are quite refreshing.

And the moral of this movie is:
If you want something done do it yourself.
People can be bastards, don’t let them grind you down (let the sexy ones grind up against you though).
Joy carries a strong message, and other than making me feel deeply sad at the sight of a weeping bride I didn’t mind it.
The scene where Joy attempts to sell the mop she has created live on a TV shopping channel had me hooked with anticipation, Jennifer plays it well.
Not a bad little flick, give it a go but be prepared for a lengthy one.

This entry was posted on January 21, 2016 by rickysfilmreviews.