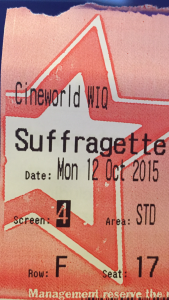 The foot soldiers of the early feminist movement, women who were forced underground to pursue a dangerous game of cat and mouse with an increasingly brutal State. 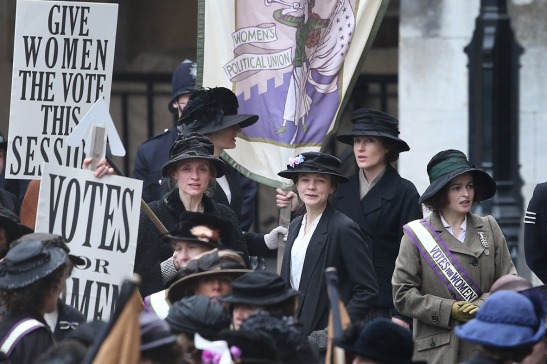 Normally I do not enjoy movies which involve a lot of period drama-style storylines and drab characters. Those classic steam rising, white cotton flying, old women scrubbing clothes in a warehouse. They bore the shit out of me.

Until now.
I will make an exception for Suffragette based purely on the fact that this movie was a gritty, highly touching portrayal of struggling women in the early 1900’s which – supported by a brilliantly strong cast – laid the truth bare about the rights of the female race as well as their enemies.
What I found most enjoyable was how Suffragette played out; it moved at a good pace with no overly boring scenes. With a historical story such as this, viewers run the risk of being hit tediously with long, dull scenes where script outweighs any action and the feature is – quite frankly – shit. Thankfully, the ‘talky’ stuff didn’t apply here as the action took over and the drama between woman and man kicked off. Some of it was shocking. Some of it was sad. But most of it made me feel damn well chuffed as the Suffragettes made their point and won the war. And not without sacrifice. Especially one scene where my face creased up with sadness and I started crying.. 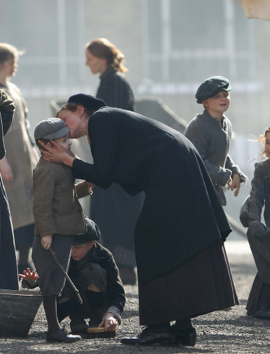 When Maud returns home to find a terrible decision has been made involving her son, the woman breaks down as her little boy is ripped out of her arms.
Adam Michael Dodd who plays George is just perfect. Not only is the small child adorable as hell, he’s a brilliant performer. During a brief moment in this scene, mother and son come face to face and George stands, crying. It was heartbreaking, and my emotional reaction was that of sadness and loss but amazement at how such a young chap could deliver such an effective performance. I loved it.

Women being hit, pushed over and stamped on, treated like slaves, spoken to with little or no respect..
Suffragette displays a lot of rough action that would make a wife-beating husband wince. Director Sarah Gavron makes a point of giving it to viewers straight, handing the bare facts of real events over boldly with the help of a meek but highly effective Carey Mulligan. The actress’ performance is emotionally charged as she cries and yells her way through this movie – she actually stirred genuine feelings of sadness from me and I don’t normally yearn for a movie where Mulligan is the lead role. I mean – who does? Mention to a friend a movie is out starring Carey Mulligan, and they’ll probably respond, “who the fuck is that?”.

That said, the 30-year-old actress nails it with a truly convincing display of a worn-down mother and victim. But the talent didn’t stop there. Helena Bonham Carter, Romola Garai and Meryl Streep each add their individual spark with powerful portrayals of the Suffragettes. In fact the entire cast ensemble made this movie a success due to the mix of faces. Streep’s taut cheekbones and husky British accent, Bonham-Carter’s classically dramatic (and slightly Shakesperian) facial features, etc. Without these dynamics Suffragette might have been boring as arse. But it worked.

I don’t class myself as a feminist, I’m not even highly political. But seeing women being treated like slaves or being ignored really yanked at my heart strings. The way this movie was directed ensured a massive impact on the audience; during the Westminster protest scene the auditorium was engulfed in carnage, with brawling women on screen and screaming and beating blaring out of the surround speakers. It was raw. But extremely powerful.
The scene where Emmeline Pankhurst (Streep) holds a meeting for fellow suffragettes is good; the woman is forced to stage the meeting after dark – and this means deep, rich night-time colours and a slightly spooky atmosphere on the cobbled back streets of London. 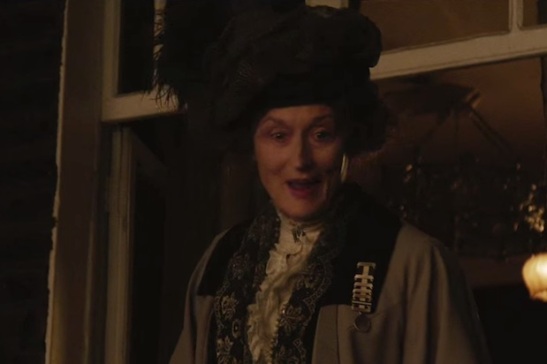 Brendan Gleeson.
The actor seriously gets on my tits, he is practically incapable of playing anything other than an Irishman in movies. Calvary, Harry Potter and the Goblet of Fire, Edge of Tomorrow.. even in Troy (Brad Pitt) he just couldn’t manage to act. Whilst many of his co-stars were delivering their lines in a classically English accent, Gleeson was staggering around yelling in an Irish accent. And then he appeared as Steed in Suffragette. A story set in London. About Londoners. All the characters having a typical British accent. Most of the cast being British themselves.

With Gleeson being Irish.

Not only was he completely out of place, but the actor radiated such a sheer lack of dynamic. Oh he managed to deliver a script and play the part of a stern police officer, but then so have many other actors in other movies. Fact is, his character was Irish – amongst everyone else who were English. Gleeson stood out like a courgette in a Christmas pudding. He just didn’t fit, and reminded me very much of Ray Winstone; another actor incapable of playing anyone other than himself in movies. It shows total lack of enthusiasm and talent on the actor’s part, tedious stuff. 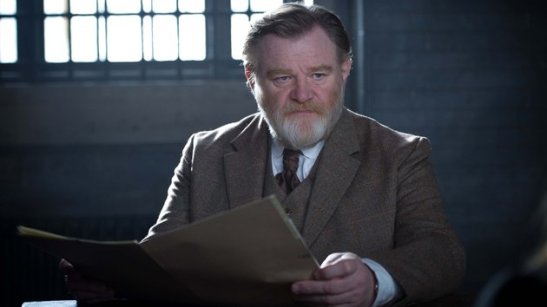 I exited the cinema crying.
I really didn’t expect Suffragette to have such an effect on me, but it did and it felt good. Let’s face it, if a single movie can reduce a person to tears it must have done something right.

What we have here is a raw portrayal of historical events. The producers waste no time in presenting the viewer with the facts, moving from one scene to another with gritty action and passionate performances from the lead ladies. One of the things I liked most was how direct and fast-paced Suffragette was. Far from boring, its scenes were punchy and entertaining. Added to this were the mixed bag of genuine emotions; comedy, sadness, pain, joy – it was enough to make a person cry. And it did.

This entry was posted on October 20, 2015 by rickysfilmreviews.