Mr Wickers and his class go on one final school trip after they finish their GCSEs. 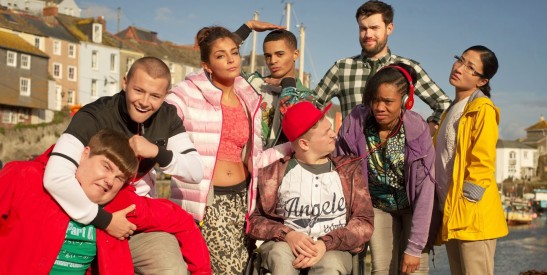 As I entered the cinema auditorium I snapped a pic – I wasn’t sure whether to find the sheer lack of audience funny or not..

I don’t know who sanctioned this movie let alone the television show, but it was absolutely terrible. And one of the worst movies – if not THE WORST movie – I have had to endure this year. Everything about The Bad Education Movie was (amazingly) bad. The tacky script, bizarre settings, one-liner’s that preceeded total silence in which you could literally hear the camera men wincing at how unfunny they were..
from start to finish it was genuinely embarrassing to watch. I’m not sure who Jack Whitehall thinks he is, but it’s not who he wants to be; as though trying to live up to the likes of many other British comedians (I can see hints of Harry Enfield and Rik Mayall in him at times), the man offloads as much unfunny crap as possible all in one go.

But it backfires spectacularly during The Bad Education Movie as he spends 85% of his screen time flopping around the set, wide-eyed and talentless. Like an overgrown school boy with ADHD, Whitehall seems to get up – shakily deliver a few lines – then wander off somewhere else. He looks like he’s very easy to come out of character, which gives the impression that he wasn’t trying in the first place. Lacking any secure substance when performing, the man is a bit of a loose cannon. And I have to say, he didn’t inspire me to want to watch any of his TV stuff after this movie.

I literally have nothing to elaborate on with this feature; it was that bad. But I’ll try. 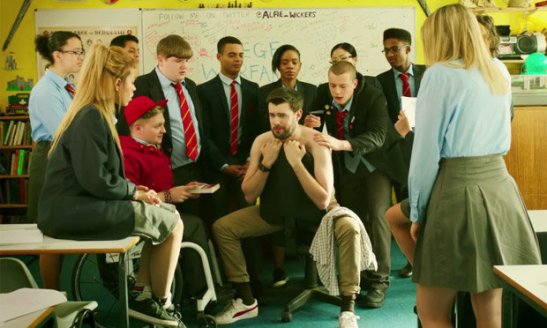 Alongside Whitehall on screen were Sarah Solemani (famous for playing Becky in BBC sitcom Him & Her), Mathew Horne (Gavin & Stacey), Harry Enfield and Iain Glen. All of whom outweigh him massively just by being in scenes less than two minutes in length each. And of course, Alfie’s class. Who are certainly a class of their own.

But although portraying a class of oddballs, these kids couldn’t be less entertaining. Usually in a movie the group of misfits come together with dynamics and deliver memorable characters, each with their own individual quirk or issue. Unfortunately with this lot they were as effective as a slow-moving traffic jam. There seriously wasn’t enough coming from them, added to this was the fact that each had his or her individual irritating quirk.

The obvious homosexual who, when the class are sat in a (empty and silent) pub, gets up on the small stage and starts gyrating to camp pop music. The boy in the wheelchair who has hardly any lines in the entire movie and doesn’t actually warrant being on screen. And the token fat kid who waddles around the place speaking in a voice which sounds about fifteen years older than himself (I.E. slow and factual, too wise for a school child).

The only one who actually made me laugh was Chantelle (Runeckles) who by portraying a lazy-tongued promiscuous pupil had me entertained whenever on screen. In fact, she’s the kind of girl who could head her own tv show with a character like that (like Catherine Tate’s Lauren or something).

The Bad Education Movie is a perfect example of a television programme that should never have been put on the cinema screen. Some sitcoms should be left as they are. This was like an extended episode of the show that had almost no right taking up valuable cinema space for something better. And in reverse, it has also ensured I will never sit down to watch an episode of Bad Education – if this was the standard of the movie I dread to think..

Review ends here.
I can’t bear to talk about this ‘movie’ anymore.

This entry was posted on August 30, 2015 by rickysfilmreviews.