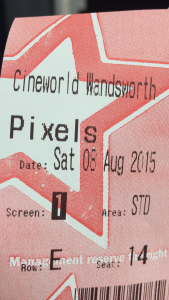 When aliens misinterpret video feeds of classic arcade games as a declaration of war, they attack the Earth in the form of the video games. 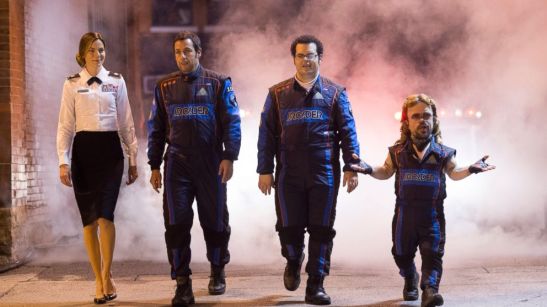 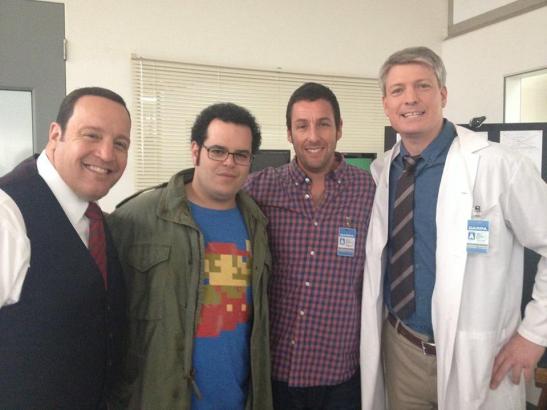 Pixels is a very immature movie. Perfect for kids, it involves a lot of people running around shouting, bright colourful animation, irrelevant dialogue and of course – Adam Sandler.
Let’s face it, any movie this man stars in is shocking and slightly pathetic.
Jack and Jill – I waked out.
Blended – pointless.
Grown Up’s – why?

So it came as no surprise that Pixels was just as scatterbrained as many of his other features. Which is a shame because given the concept of computer game characters coming to life and trying to destroy Earth could have been fantastic. Fascinating. And if kept as a comedy but using a different lead actor, it could’ve been great. Not that classic thin-lipped, weird sense of humour radiated by Sandler. The man delivers comic lines as though he’s stating a fact, not as though it should be funny. His humour is just weird. And every movie he stars in seems to turn into a showcase of his (lack of) comedic skills. Again here in Pixels, he was the same. Playing himself. 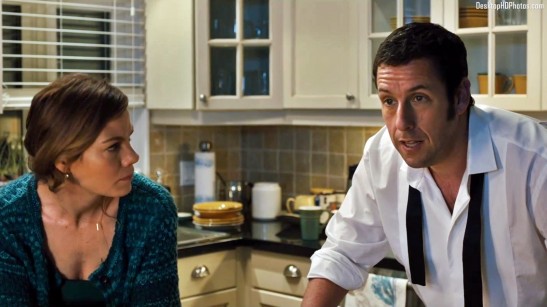 One scene made me cringe constantly; when Pac-Man is defeated in New York City. Shortly after the giant head ‘bleeps’ out of life, the group of unlikely heroes celebrate with a ball. Ludlow – the weird one – gets up on stage and performs a dance to the music of a live band. He flings himself around, singing incredibly out of tune. He then flings his arms out and gets down on the stage, wriggling around on his torso whilst continuing to wail into the microphone.

..my mouth dropped open as I sat staring in disbelief.
WHAT THE FUCK WAS I WATCHING?!

Pixels had become a total shambles. Quite literally every scene contained something stupid, immature, out of place. And it seemed to be getting worse as the movie neared its end. Anything said or done was pathetic. Even the main female lead (Monaghan) lowered herself to the level of the males with lines such as, “I wouldn’t kiss you!” shouted randomly during a serious scene.
This wasn’t going well.
This wasn’t going well at all.

Probably the best and only scene worth watching was when Pac-Man chomps his way through New York. This was the only scene that kept me watching, I was intrigued as the gigantic computer game favourite played his game on the streets. This scene contained big action and bright lights, and mixed in were some great sound effects too which made for great viewing. The concept of Pac-Man being brought to life and on to the streets was strange but very entertaining. The giant yellow emotionless head became something of a guilty pleasure as I sat watching – like the Stay Puft Marshmallow Man from Ghostbusters; a mascot or well-known cute icon who is normaly quite adorable, but becomes a giant city-crushing enemy.
Strange but very enjoyable stuff.
Pac-Man was the best character in Pixels without a doubt. Very effective. 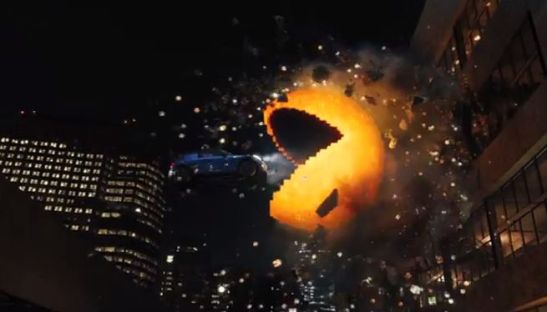 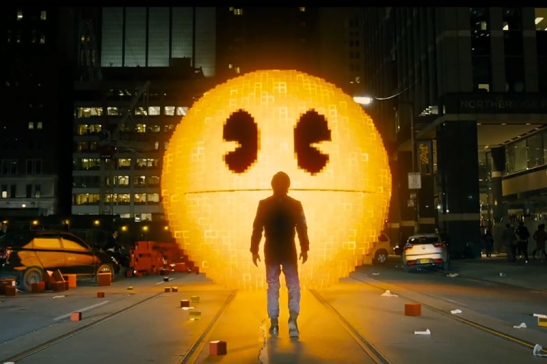 Perfect for Kids, Only for Adults

Pixels is proper trashy stuff. Or in a word – shit.
If you’ve got little ones and are struggling to find a movie to sit them in front of for an hour or so, try this. It is on the same level of trash as Inspector Gadget or Spy Kids, it contains all the ingredients of a pointless yet entertaining feature; irrelevance. Immature characters. Bright colours. Strange characters bouncing all over the screen. Jokes that no grown adult would find funny even if high on laughing gas. Pixels is very much a movie for under 10’s. But saying that, there is one element of it that kids these days may not be familiar with.

Whilst being perfect for kids, my first thought was, “are children today going to recognise computer game characters from the 1980’s?” 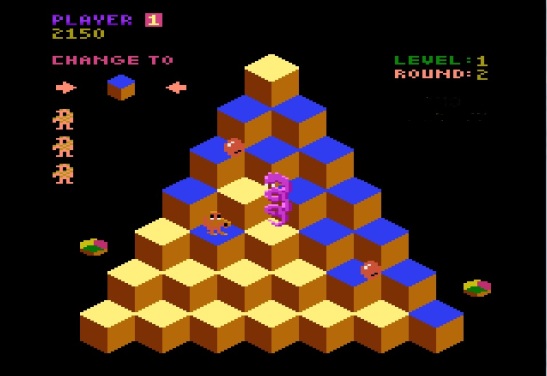 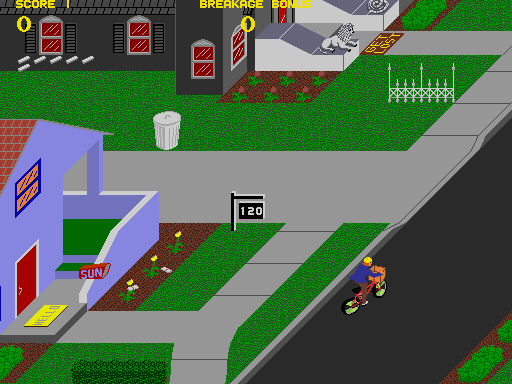 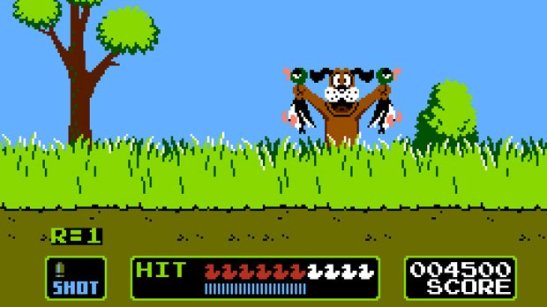 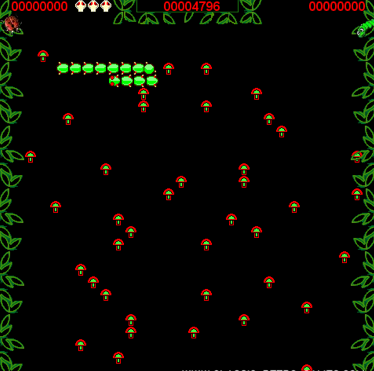 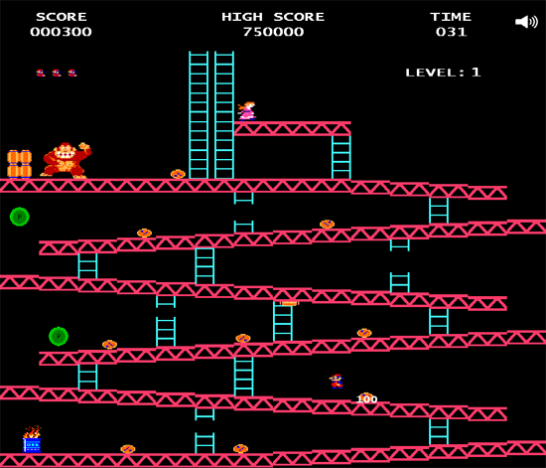 These are just few of the characters who appear during Pixels, and although entertaining as they burst into life, I’m sure most of the children of today won’t recognise them – thus making the movie perfect for kids but more familiar for adults. 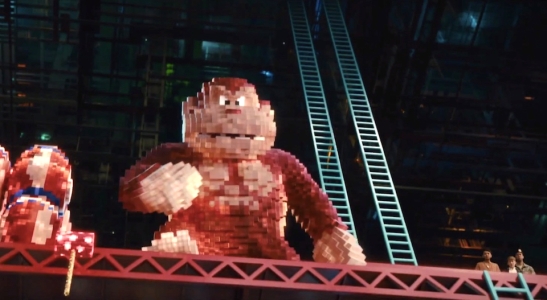 With a wonderfully colourful opening set in a 1980’s amusement arcade mixed with some lovely animation, but many failed attempts at humour and a (blatantly American) dwarf who talks like an African guy, Pixels is one hell of a mixed bag. I enjoyed the computer game characters. I didn’t enjoy the script. I enjoyed the concept. I didn’t enjoy how it was directed. I liked the colourful opening and arcade-style credits. I disliked the cast. And casting wise, what a god-awful state; viewers get a mix of northern British (I.E. Manchester), African, British, American – all of whom look as though they were thrown on set as understudies, an hour before filming began. With no one gelling properly, this had to be one of the worst, most shabby of ensembles I’ve seen in movie. Shocking.

So is Pixels worth a watch?..

..ABSOLUTELY NOT.
Avoid this one like the plague.
Do NOT pay to see it.
Don’t even rent it.
In fact – pretend it never existed. 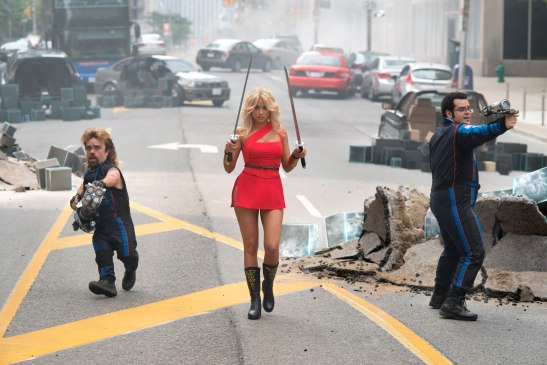 This entry was posted on August 18, 2015 by rickysfilmreviews.