Claire becomes fascinated by the suicide of a woman in her chronic pain support group while grappling with her own, very raw personal tragedy. 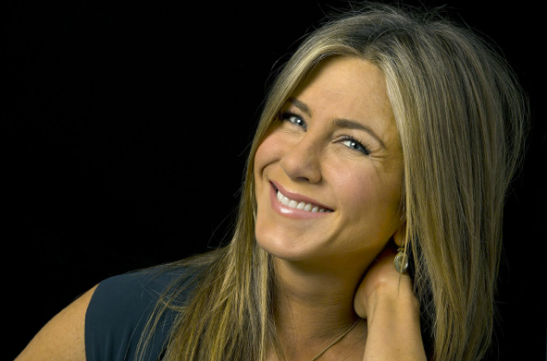 Every once in a while an A-list Hollywood actor comes along and gives us a performance very different to their usual display. Their typecast characters melt away and suddenly they’re a character you are surprised by.

I.E. the actor is actually acting for once.

Hats off to Jennifer Aniston, for once she was rather different to her usual stuttery, dry-humoured girly. She threw out the hairbrush and let it frizz. She even managed to step out of her normal skimpy dresses. Cake was a movie in which the usually pretty Jen went through an image and performance transformation. But although different, her performance did contain one or two flaws.. 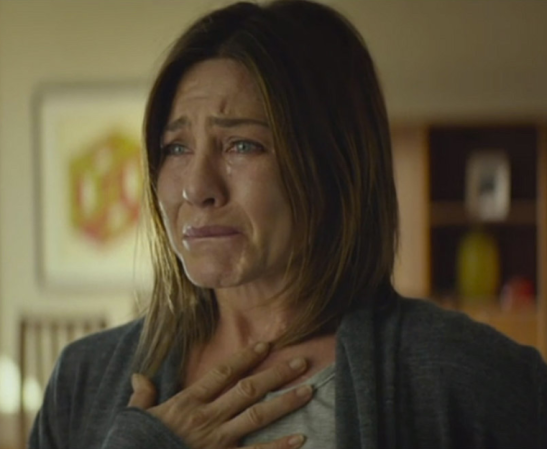 I’m honestly half and half on this element of the movie. Because although Jennifer brought a character to the screen who was very different to the ones she usually plays, she wasn’t exactly erupting with dynamics. In one particular review I read, the critic said how incredible she is in Cake – but in all honesty, I found Jennifer to be rather subdued. Like her normal self but on a high doseage relaxant drug. For a good 80% of the movie Claire is seen either laying down or staggering around with an expression on her face that makes her look half asleep. The woman has clearly gone through a hideous ordeal with losing her son and husband, but spends most of her time slapping her forehead and sighing.

Very rarely do viewers get to see her explode in a hysterical breakdown; apart from the scene where Leonard (the man responsible for her son’s death) turns up on her doorstep out of the blue. Claire bursts into tears as she throws herself at him, attacking him on the pavement until Roy has to intervene. Jennifer played this scene perfectly, and it even had me raising my hand to my mouth in a reaction of deep sadness. I could feel her pain, which let’s face it – means the woman gave an effective performance. But this was the only scene where the dynamic gage raised a level, because the rest of the time she was walking around groaning or moaning in distress.

As I said, Jennifer’s character seems quite subdued. Exhausted. I was longing for the actress to step it up and earn herself a Golden Globe by exploding in a performance filled with screaming, tears, anguish. If she could just push herself a bit further and prove to Hollywood that she is capable of breaking out of her normal roles and wowing the audience with an unexpected, captivating performance.. unfortunately she didn’t make enough use of the plot or the script, and missed the mark by inches. Yes – she gave a good show. But she good have given so much more. I therefore conclude that I am half and half on this element. Good – but could have been better.

During the opening scene I gasped.
During the scene where Claire visits her doctor I laughed. Due to the actors who were performing in the scenes. 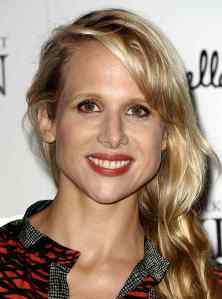 Felicity appears as women’s support group leader Annette. I was quite surprised by her appearance, because I honestly haven’t seen her in anything on television or in movies since playing Lynette in Desperate Housewives. And what a nice surprise it was. Felicity has limited screen time in Cake, but still managed to get the audience laughing out loud during one scene where Claire gives her a bottle of Vodka as a peace offering. A simple concept made witty, one of Felicity’s striking qualities. She does good and is a great supporting act. 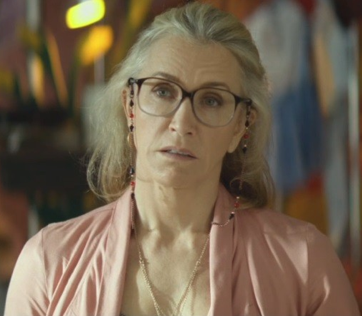 As for Lucy Punch, I was more surprised to see this British actress pop up during the movie. Main features I’ve seen her in have her play a classic quirky Brit, packing a punch (pun fully intended) with slick dry humour and a bit of slapstick. Bit of a funny looker is our Lucy; feline features and a triangular face, she’s one of those celebrities who is ‘strangely pretty’. Like Sophie Ellis-Bextor. Lucy appears in just one scene before disappearing again. 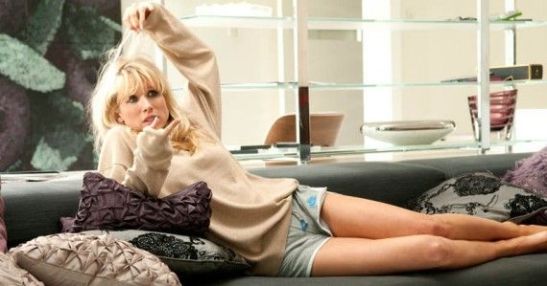 I wondered briefly who was responsible for selecting the Cake cast. Jennifer Aniston herself was one of the producers, I wonder if Felicity Huffman and Lucy Punch are two of her favourite performers. If she had personally picked these two to support the cast. But whether she did or not, it definitely worked.

A few introductions to this movie I’ve read have highlighted the story of the relationship between Claire and her housekeeper Silvana. They mention how Claire’s affection for her help grows and that they become very close.

..where? I didn’t see any of that happen. 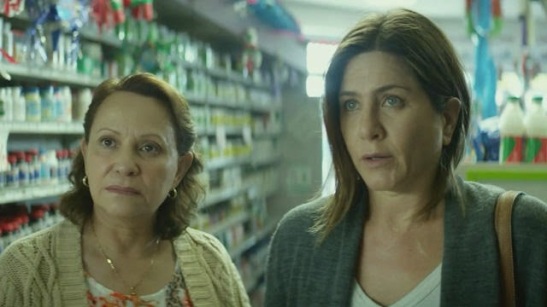 As the movie progresses, we see more and more of Silvana as she does her job. But that is literally it – her doing her job. The two women are on completely different levels, which is entertaining to watch. But as for growing closer to each other – this isn’t really part of the package. Towards the end of Cake, we see Silvana rescue Claire from taking her own life on a train track which is an incredibly empathetic scene; tragic yet heartwarming. This is Silvana’s role in the movie – as well as being housekeeper, she manages to pull a meandering Claire out of irrational situations.

The women couldn’t be more different. And this is obvious throughout the movie up until the end. I couldn’t quite see the whole ‘growing closer’ thing, but I suppose we all have different takes on movies.

Cake is raw.
It is a hard-hitting account of a lonely woman’s life and how she tries to cope with it. And although slightly depressing in parts, the movie delivers some truly emotional moments as it exposes issues many people have to deal with. It’s winning element is its ability to throw these issues at its audience and say, “there. Have a look at that”, and the good thing about doing this, is it’s not all dreary – there are some great darkly comic moments, things I laughed at that I suddenly wondered if I should be laughing at.

Jennifer Aniston gives a great performance as Claire Bennett, different to anything I’ve seen before from her. But at the same time I expected a little more. More tears, more anguish, more raw. Switch the actress with someone like Julianne Moore and by god – this would have been an unforgettable performance I reckon. Still, well done ‘Jen. But I want to see more next time. 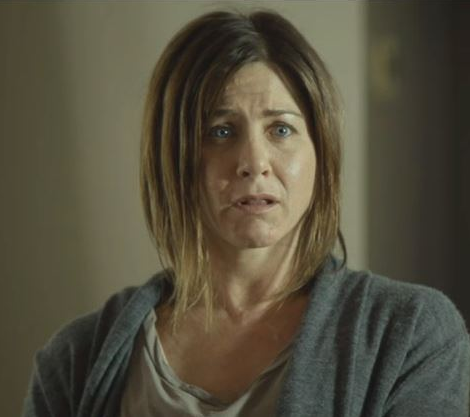 This entry was posted on February 23, 2015 by rickysfilmreviews.