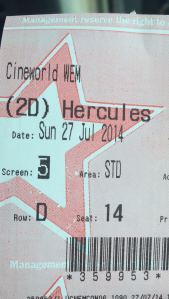 Having endured his legendary twelve labors, Hercules, the Greek demigod, has his life as a sword-for-hire tested when the King of Thrace and his daughter seek his aid in defeating a tyrannical warlord. 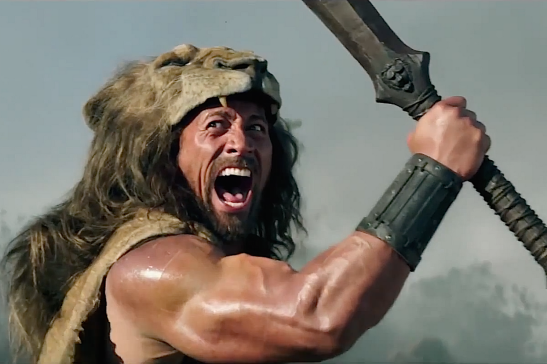 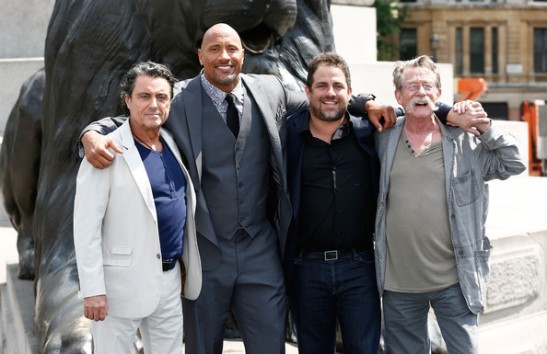 Well.
That was shocking.
But then what did I expect? A movie director takes Dwayne Johnson out of his usual muscled meathead role, and puts him in.. 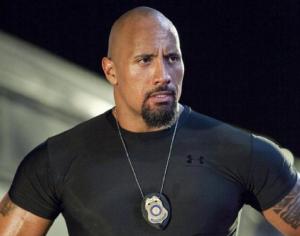 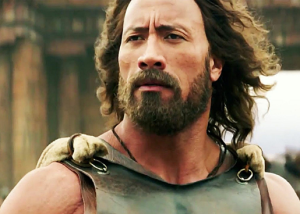 That’s right ladies and gents, we get absolutely nothing different to the same old bulging macho man Dwayne is typecast as in every other movie. Let’s face it; the man is a walking sack of protein shake who will always be known as The Rock, who will always be on camera as the ‘big tough guy’, whenever his name is mentioned will always spring to people’s minds as a ‘big chunky dude’ image. I therefore confirm that Hercules was nothing different to what many of us have had from Dwayne previously. His ‘character’ is big, muscly and growls a lot. And fuck me, does he need some detangling shampoo. 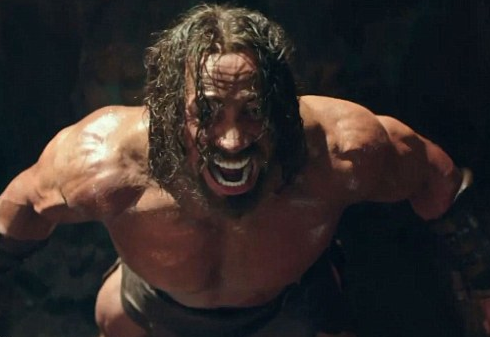 …Ok, I’ll be honest. I thought the whole attempt at recreating the life of the Greek hero and producing this movie just months after The Legend Of Hercules hit cinemas was a total piss-take. Having Dwayne strut around in a loin cloth (which amazingly, didn’t turn me on in the slightest) whilst staring at his fellow warriors with vacant facial expressions bored me beyond belief. It was as though director Brett Ratner threw scripts at the cast and said, “just have fun guys, don’t take the whole Greek God thing too seriously” – and it showed. The main flaw being the tacky humour / jokes which were thrown about sporadically; one minute you’re watching a serious fight between two armies – the next, one of the lead characters drops a stinker with a smirk, which came across as nothing but irrelevant. For example, when Amphiaraus (a psychic who can see the future) stands ready to receive a flaming arrow that has been shot at him and Hercules steps in and diverts it, there follows:
“..but that was my time to die”
“you’re welcome” Hercules repies and walks off.
Silence from the audience.

And of course, the scene where the two men are stood together faced with a mass army.

Hercules: “do we die here?”
Amphiaraus: “I’m alright, I don’t know about you”
Hercules: “that’s comforting”.

My god, the armosphere in the auditorium was like taking a mouthful of Coca Cola and realising it is flat. Not only did this seem unbelievable as something the Greek god would say, but it just wasn’t funny. 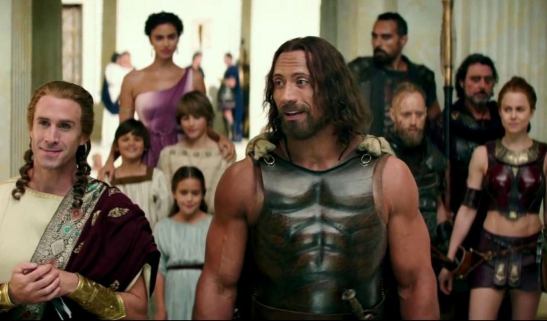 The main aspect that let this movie down was the attitude of the actors. I don’t mean their attitude was slack, I mean their overall appearance, etc. Obviously if the actors performed it with great seriousness and proper ancient language, Hercules would bore the balls off the viewing audience – thing is, this movie was full of attitude; sexy Atalanta who pouted her way through it and appeared to have a great make-up bag with her (clearly she’d discovered the 5th century version of Max Factor), Iolaus the joker (without the jokes) who seemed to enjoy using farcical antics and mishaps to entertain his enemies rather than join his fellow warriors in battle, and Hercules’ deceased wife who – in flashbacks – looked like the AD 420 alternative to Kim Kardashian, make-up, jewellery and all. 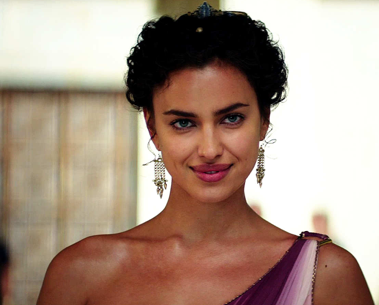 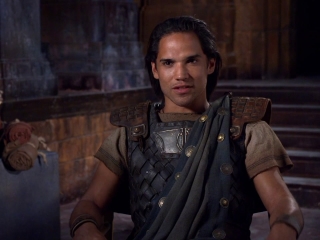 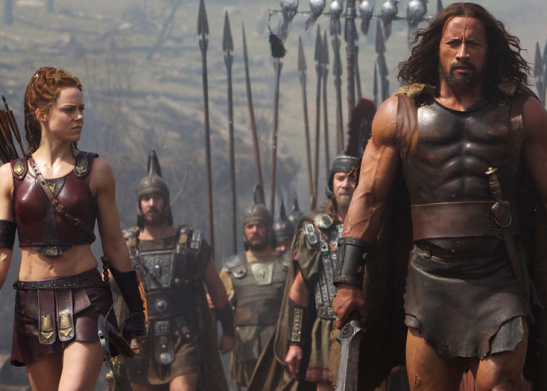 This was ancient story blended with present day attitude. And it wasn’t a conceiveable feat. In fact, during various scenes I couldn’t help thinking the movie should be on stage instead of screen. The theatrical costumes and props, dialogue and overall genre would be better as a live performance at the National Theatre in London or something. Plus the ensemble in this movie are made up of the same dynamics as a theatre group (shown clearly in their performance skills).

Perhaps it was the director’s intention to bring a modern approach, but it was just.. well..

I will point out that Atalanta is the most resourceful member of the gang. Whenever they go into battle with oncoming enemies, she whips out an arrow and shoots it at them – she does this continuously throughout the battle (or from what is visible anyway), yet the arrow pouch on her back is tiny. As in – no bigger than a slim backpack.
Ok, ok so I’m picky, but where the fuck was her seemingly unlimited supply of ammo coming from? The only feasible thing I could think was she grew each one from a single drop of blood from her body – bingo. More or less millions of arrows. I mean this is the era of mystic beasts and earth-shaping gods, anything can happen.

I couldn’t help thinking how much Ingrid – the actress playing Atalanta – resembled Nicole Kidman. It’s all in the cheekbones with her, whenever she was on screen facing the camera Ingrid radiated those peachy, ‘sucking her cheeks in’ facial features Nicole does. See if you can spot it. 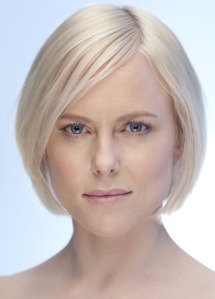 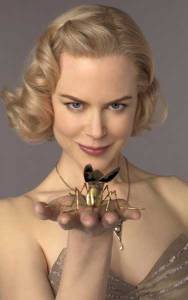 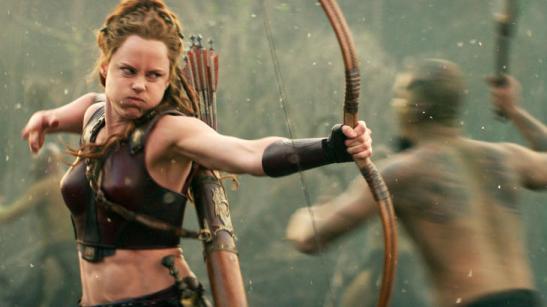 ..I suddenly lifted my head, looked at the screen.
Looked left, looked right.
Ah. I was still in the cinema.

I had completely zoned out somewhere near the beginning of the movie, mainly from sitting staring at black and brown set, tanned faces (as in proper tanned, this isn’t a racial slur) that blended into the background and became blurry, flickering fires, stony facial expressions, dialogue from Hercules about his past.. it was all excruciatingly tedious. To the point of me switching off, then zoning back in – and wondering what was happening.
“oh, they’re at a mountain. ..what are they doing there again?” I thought to myself at one point.

Then suddenly, one of the group of warriors (who hadn’t slayed anyone before in his life) slays an enemy with his blade. And then looks at Hercules and says, “I think I’m ready to fight now” with a smirk. Yes, the cheap wisecracks were still in full force – this one managing to get a laugh-out-loud reaction from two / three out of fifty to sixty audience members.
Better than nothing I guess. 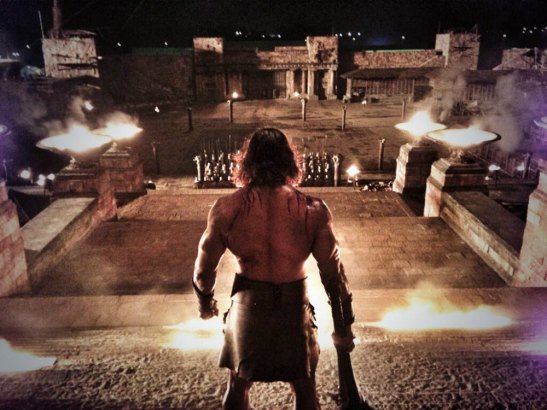 Doesn’t matter. Although ripped and very muscular, Dwayne has a face that I would roll over in the morning and scream at. I don’t care how much a guy works out, if you can’t look at his face and smile, it’s not going to work.
His co-star Rufus, however.. 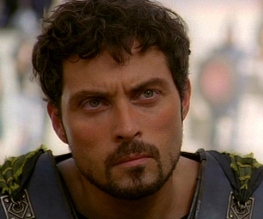 But my point stands; Rufus is incredibly plain and normal compared to Dwayne – yet is much sexier. 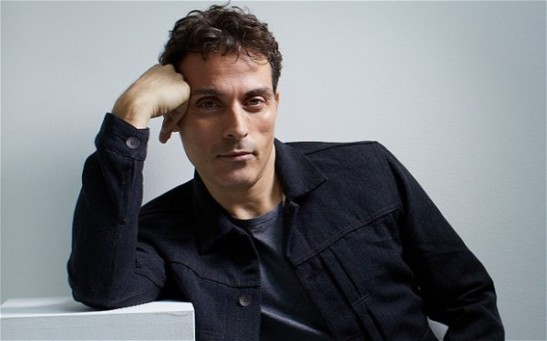 Hercules was a director making a movie shortly after another Hercules film was released, who thought he would jazz it up by using a famous wrestler – but inadvertantly failed and instead created almost a mockery of the classic Greek hero. This movie was an utter waste of time and money, its level of seriousness confirmed by the loud, pumping rock music that played over animated ending credits.

Cliché stories, characters and scenarios ensured the movie was nothing that hasn’t been seen before. But hey – Dwayne Johnson was the lead role so I guess this means the movie is cool, right?
Right?.. 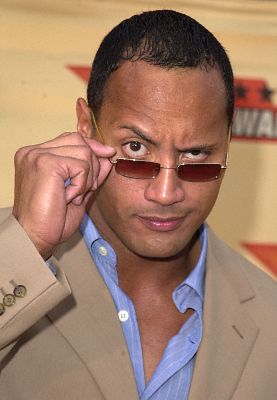 This entry was posted on July 28, 2014 by rickysfilmreviews.