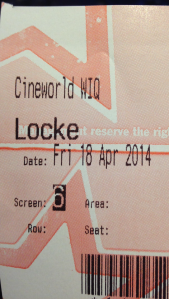 Ivan is driving down the M6 from Birmingham to London.
His phone rings.

And his life suddenly falls apart. 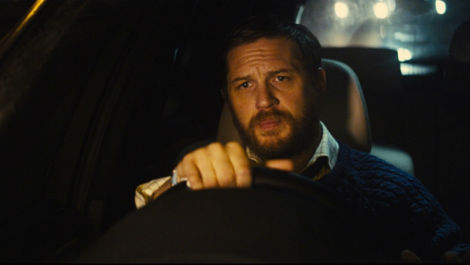 Tom Hardy isn’t literally the only actor in the movie – he is the only actor in the movie.
The entire feature is Ivan driving his car along a motorway, whilst making a (high) number of phone calls to various people he knows.
Almost a fly-on-the-windscreen documentary about what drivers get upto whilst on the road, we watch as he hangs up on one person, then calls another.
The thing is, the phone calls aren’t easy to make – firstly, there is the one he makes to his wife at home informing her that he “won’t be back tonight”.. 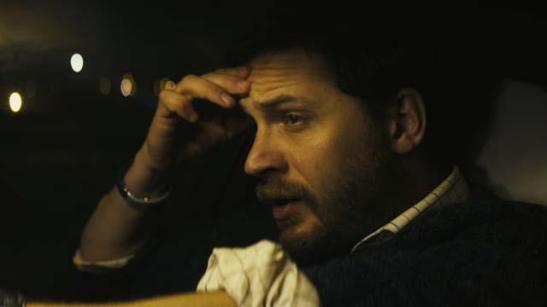 Everything begins fine, however our main man becomes increasingly distressed as time goes on.
There are tears, anger, all sorts of emotions flying when Ivan speaks to various characters during his 85-minute road journey. All for various reasons.
His job, his marriage, his life are ALL at stake… 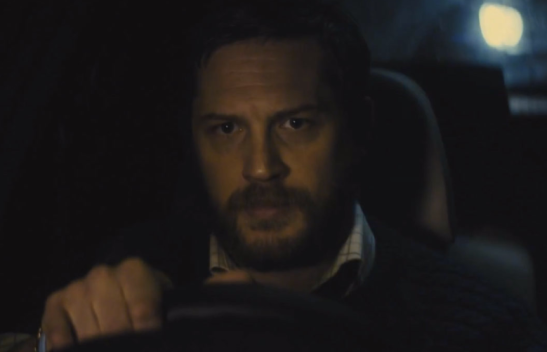 ..and that’s all you’re getting.

This is possibly THE SHORTEST review I’ve written but if I elaborate on what unfolds, then you won’t need to watch the movie.
All I can say is – it was fucking BRILLIANT. For a concept so simple, so neutral, this movie was incredibly involving – having just a singular man on screen mean’t my brain had no choice but to tune in and absorb every bit of dialogue spoken.
..and it was worth every second. 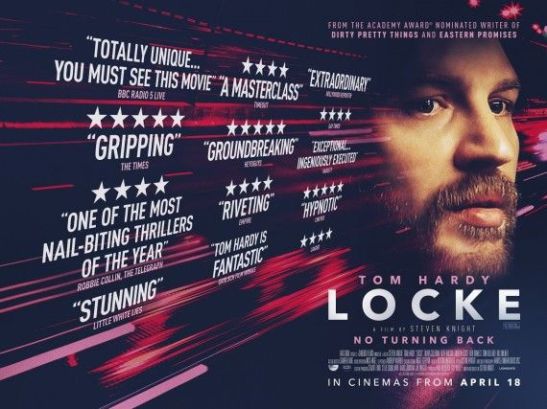 This entry was posted on April 19, 2014 by rickysfilmreviews.