A van door opens. And a young man sits with his head bowed. Handcuffed, he is led into a prison and strip-searched before being taken into his cell.

..he wasn’t kidding. Because the young man isn’t just high risk – he’s violent. Deadly. And the second he steps through that prison entrance, is when many people’s lives change.

The consequences aren’t going to be explosive.

They’re going to be catastrophic…

The BBFC warning came up at first. Sitting there wondering if a rugged movie about the inside of a prison would contain possible aggressive sex, I felt a flicker of excitement…

No romance (male terms – sex) between characters. Oh well. So with my hopes of man-on-man action dashed, it was on with the movie. And what a movie we got..

Let me begin this review by stating an honest fact:

Starred Up is just briliant. It is raw, gritty, and delivered very effectively by a cast ensemble who displayed a movie as though I was watching a reality show. As I left the cinema, I mumbled “brilliant” to myself a few times. Now if a movie can make me react like that, then it definitely won me over.

It had me hooked from the beginning; the opening scene sees Eric disembark a van and enter the prison. He is strip-searched, frisked and shoved through the gates by the guards. As he was made to squat over a mirror by guards, I felt a pang of raw intimacy flow through me – it was a little scary watching the poor sod (albeit criminal) get treated like a little dog. But then as the movie progressed, I soon toughened up like the scenarios which were about to unfold.

And trust me, they were shocking…

Jack Of All Trades

The lead role was stunning. His acting was bursting with energy and dynamics, his looks were adorable, and his screen presence – captivating.

Jack O’Connell singlehandedly carried the entire movie by hurtling onto the screen and radiating a constant energy source which didn’t stop for a second until the credits rolled. He was faultless at delivering his character and kept me entertained (and shocked) the entire time. I’ve not seen this kid in anything else – but by God I hope his talents grace the screen in more and more features.

He got da looks, he got da skills, he really is a jack-of-all-trades. 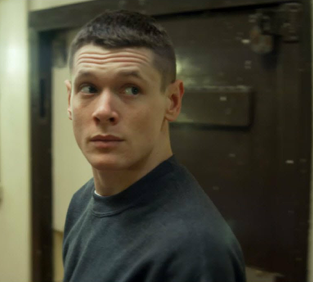 Flawless and effective, the entire supporting cast added to Jack’s talent which mean’t the movie in its entirety snowballed into something special.

The actors playing inmates were so natural, so strong, that watching Starred Up was genuinely as if I was watching a reality TV show set in a British prison. I mean, I’ve seen some stuff in my time – this was something else. And amongst the talent, you get delicious servings of brawls, blood and bollocks – there are some nasty confrontations which erupt between the men, so if you like a gritty film like this – it delivers. And if you’re at all squeamish – you’re in for a shocker.

In terms of cast, the inmates heavily outweigh the prison guards. The all-male ensemble and backing artists rightfully yank the spotlight from the clutches ofe the more senior cast; and thank God. Because they serve up a proper frightful frenzy, its fantastic. 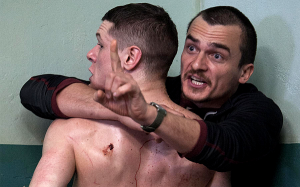 Be warned – if you cringe at the sound of the word ‘cunt’ or the word ‘innit’ irritates you, then this probably isn’t the movie for you. ‘Cunt’, ‘fuck’, and ‘innit’ are what milk is to babies when it comes to this movie; I.E. quite compulsory and always present. I really couldn’t give a fuck myself, but there are some people out there who dislike this language. So they’d best get used to it if sitting down to watch this. 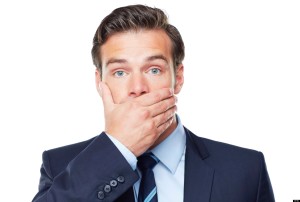 Look out for the scene where Eric is hustled into the therapy room by prison guards. In an attempt to break free from them, he starts a brawl – which turns out a bit of a ball-ache for one guard..

Eric – just like a dog – pounces at the guard, and bites his crotch. And doesn’t let go. With all the characteristics of a wild animal, the young offender is crouched in front of the prison guard, holding onto the old man’s penis & testicles with his sharp teeth. I don’t usually flinch at movies, but this scene made me gasp out loud – seeing this young man bite his enemy’s balls and freeze in ‘hold’ position, like a vicious dog they’d pissed off. The guard bleeding from his mouth, is completely vulnerable and one false move could mean the end of his sex life… 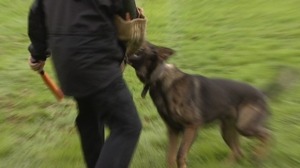 Dread. Panic. Fear. These and a load more emotions are portrayed throughout the movie. As mentioned above, the actors paint the prison picture perfectly; any violence had me gasping, brutal honesty had me laughing. I felt scared for Eric as he entered the massive metallic institution. I felt saddened by the attacks on him. I empathised with certain characters. Starred Up stirred up a range of various emotions, which blended together to create a pure adrenaline rush.

Before I went into the cinema, I assumed this would be another boring prison drama whose story and characters I wouldn’t give a crap about. I was ready for ‘tough guys’ to wander around waffling about what they were going to do when they finally get out. I can honestly say I was pleasantly surprised by this entertaining movie, and it exceeded my expectations. 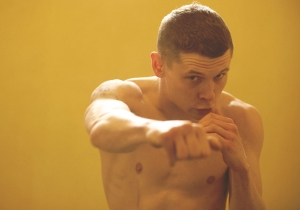 When Eric comes face to face with his own father – also a prison inmate – the shit (and blood) hits the fan, BIG TIME. It is apparent the two men are simliar (mainly in the violence department), but as the story progresses and truths are laid bare, the two become very different.

One scene sees Eric taking part in a rehabilitation class, where he seems to be overcoming his demons and doing well. Then his father bursts through the door and starts a fight. It appears the roles are reversed, and the family member you’d expect to be the wild one is actually the better of the two.

O’Connell and Mendelsohn are dynamite together; bound by their on-screen chemistry. They make a convincing father and son at the same time as oozing individual talent – total building blocks who lay the foundation of the movie. Basically, they are the main men.

One thing I revelled in when watching this movie is the element of surprise. I never read the synopsis of Starred Up before I went to see it, and I’m glad I didn’t – because even the main plot (between father and son) was a surprise to me. Thing is, the surprises kept coming. As it continues, various revelations are made and certain characters drop bombshells too. Listen very carefully to the dialogue however, because the men all speak with very thick cockney London accents – I live in London and even I had trouble understanding what some of them were saying. But it is what they say that delivers surprises and reveals truths, so ensure you keep an ear on the dialogue between certain characters. 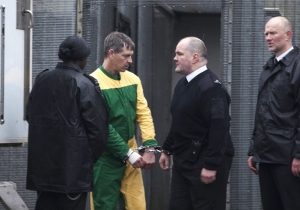 Shit Signal In These Parts..

At one point, an inmate needs to make an urgent telephone call to his girlfriend back home. He gestures to his cellmate, who in turn pulls his pants down and sits on the toilet..

The cellmate basically poops out a mobile phone – unwraps it, hands it to the inmate. The inmate then flicks it open and makes his phone call. Fucking funny. I literally LOL’d at this bit due to its strangeness – perhaps not so strange to actual prison inmates, however. But the fact a man could actually store a mobile phone up his butt I found fascinating. That must be one hell of a ‘ring of fire’. And fuck me, if he had the ‘vibrate’ function – his prostate would be well and truly smashed, sending him into an oblivion of orgasm..

..but enough of that. My point is I found this scene funny. 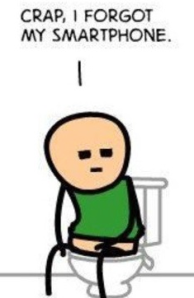 Rupert Friend adds a nice dollop of comic relief as voluntary prison therapist Oliver. He runs a group in which he specialises in rehabilitating prison inmates – but when Eric joins them, he starts getting more involved than he should do..

Oliver’s posh, well-spoken Oxfordshire accent slices through the room whenever he is running a group therapy session; up against the heavy London accents he is surrounded by. This made the character stand out nicely, and got me laughing whenever he delivered a humorous line. He was the ‘funny boy’, and brought a nice dynamic to the screen. This was much needed and well received. 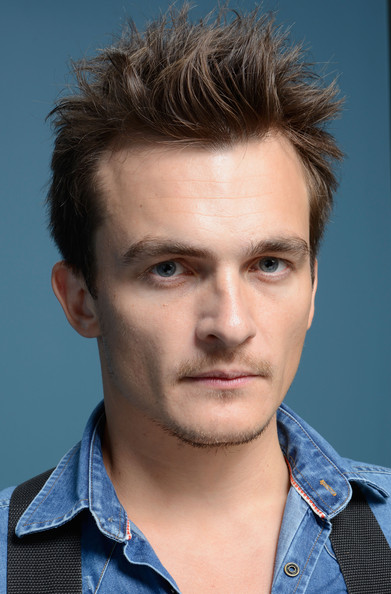 Added to this, was the hilarious language used by the cockney prison inmates. In one therapy scene, one of the boys demonstrates sheer elegance and perfect diction (yes – I’m being sarcastic) with the line, “..yeah blud, you get me? Chill out blud” – followed shortly by “..you should stick with this group – it’s beneficial”.

This African dude spouted a load of urban “yeah blud” bullshit speak – followed by a proper word like “beneficial”. Unfortunately, some London boys are exactly like this which is probably why it made me laugh out loud – it rang true; the actor mirrored the characteristics perfectly. 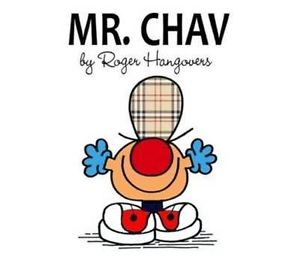 Starred Up was bloody brilliant, from start to finish. Raw, desperate, emotional.

I was pleasantly surprised by this movie – thinking it would be yet another dried up punch-up. On the contrary, it was gripping and interesting – and played out by a fantastic circle of actors. This movie flowed naturally, complemented by some great acting – so much so, it was like watching a reality TV show. It is watchable, and laced with adrenaline which gives it that dynamic tang; making it stand miles apart from any other criminal drama I’ve seen.

Violence and rage are mixed with compassion, emotion and empathy – it is this element which creates a more human undertone instead of pointing the finger at the characters with a frown. Relationships are explored as the human soul is laid bare then put to the test – and the results are explosive.

I’m glad I went to see this. Definitely worth a watch if you can get to see it. 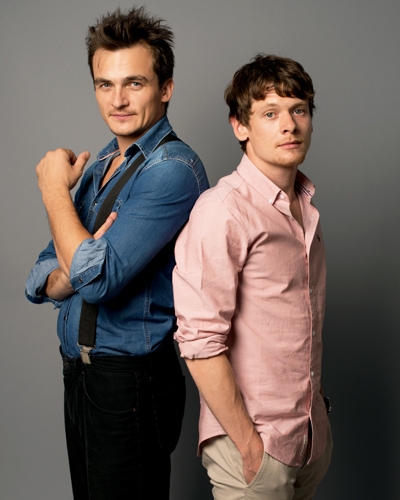 This entry was posted on March 22, 2014 by rickysfilmreviews.