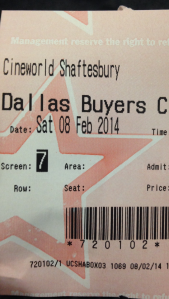 Ron Woodroof is at work, when a routine task causes him to have an electrical accident. As he recieves the electric shock, he is thrown into a blackout. He wakes up in hospital, where two doctors stand over him, with some important news. Ron’s blood has been tested.

And he is HIV positive.

That was raw. Very raw.

Emotional and funny at the same time, Dallas Buyers Club exposed the issue of HIV & Aids in an educating and entertaining way. But this was no documentary, it was an honest way of shining the light on a subject many people find difficult to talk about.

Throughout the movie runs an undercurrent of comedy. Insensitive you may think, but the comedy stems from the one thing Matthew displays superbly; Ron’s carefree attitude towards life, and his natural sense of humour. Especially when he discovers he has HIV – his aggressive, manly barriers begin to break down and a more sensitive, embracing person rises from within..

..whilst making a bit of money on the side, of course. Another funny concept, which saw Ron turn his pain into pennies as his idea of helping other ill people became more lucrative than he’d hoped.

Gotta be honest: I’m not a huge fan of Matthew McConaughey. I find him extremely bland, and a bit dull. Never quite wins me over with anything he is in, due to his slumping around in a loose shirt and being a proper wanker. But this review is based on his performance of Ron Woodroof and acting talent overall in Dallas Buyers Club.

Matthew was fantastic in this movie.

Completely convincing as the lead role, he singlehandedly carried the entire thing. Yes, his character may have been similiar to those he has previously played (all cowboy swagger and redneck traits) but I honestly cannot fault his performance. He kept me focused on the screen the entire time, to the point where I became intrugued. Intrigued by this man and his sad story.

And by God, he was thin. Almost skeletal. Maybe he purposely lost a shedload of weight for the movie, but I almost gasped at the sight of Matthew on screen. In one scene, he lies atop a hospital bed in a gown – and the sight of him is shocking. Stick thin, not an ounce of meat on him anywhere, and you can see his ribs sticking out. To be honest this, along with his pale / yellowing features added to the sadness of his situation and made the character even more real.

Whether it was crying or cheering, Matthew nailed each and every emotion splendidly, whilst bringing Ron to life using talentt that is to be applauded.

An incredible element of Ron’s journey is his ability to eventually accept homosexuals. Just after he discovers he has HIV leading to Aids, Ron bumps into a patient in the same hospital room as himself; a patient who happens to be a transgender woman named Rayon. And being a stereotypical redneck (homophobic, racist, etc.), he is rather hostile toward Rayon – at first, asking her to sit at the other end of the bed if she wants to talk.

But as the movie continues, a lovely friendship builds between the two. Mainly because they go into business together to form the DBC. One world has collided with another from a completely other end of the spectrum, but it proves to be a very solid friendship. It is lovely to watch a homophobic man slowly morph into an accepting one – these two are brought together by unfortunate circumstance, and given a little time the chemistry between them is changed completely. It is classic case, “ohh…alright then, might aswell” on the homophobe’s part.

Jared Leto is brilliant as Rayon, lighting up the screen with his humour and brings with it a deep emotional back story which slowly builds up to an upsetting end. Each character has their own story, but the movie focuses on Ron and Rayon’s. 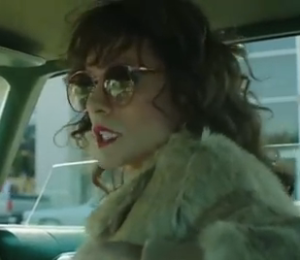 Dallas Buyers Club isn’t all doom & gloom. In fact, it is far from it. What we’re given here is a hard-hitting honest look at a serious health issue, but done so with humour in mind – most of the movie contains a light-hearted approach at the subject, giving way for plenty of witty one-liner’s and strange facial expressions.

Some may think it insensitive to be so funny, but quite literally, it is the funny stuff which eases the situation (like in those real life scenarios where people use humour to deal with it). As the movie continued, the laugh-out-loud moments from the audience kept coming, balanced with an undercurrent of sadness – and this made it even more emotional to watch.

The whole ‘laughing in the face of the inevitable’ atmosphere took hold.

Jennifer Garner as Dr. Eve Saks was a refreshing addition to the cast. I’ve not seen her play a role such as a nurse before, and she did great. If anything, her character gave the situation a dash of emotional value. Her compassion as doctor and as friend was lovely as professional became personal, and actually made me feel slightly more sad the more she got involved in Ron’s life.

The chemistry between Jennifer and Matthew was nice. Sad, but nice.

One scene stands out for me; the scene where Ron says a prayer. The scene opens as Ron appears in front of a cluster of tea-light style candles (the sort you normally get in a church). He bows his head and with hands grasping each other in prayer mode, begins talking to God. He is literally praying for his life with desperation in his voice. The camera suddenly pans out..

..and shows Ron in a strip club.

He is actually hunched over the table candles, praying to God in a drunken state. What a brilliant transition – seriously, I thought he was in church! But then the actual location is revealed and I was surprised. A nice little scene-shock here, done creatively. I liked this.

Dallas Buyers Club is laced with a very important aspect of life – acceptance.

For starters, Ron has to accept he is HIV positive. That’s the first hurdle gotten over (sort of) – but then comes the obstacle of his homophobia. His first reaction to the news in the hospital refers to “them faggots” – but later down the line, we watch as Ron comes to accept the homosexuals around him. He still doesn’t hold them in high regard, but he learns to accept them for who they are, the lives they choose to live.

Ron being diagnosed has led him on a different path in life. In a sense, he says “fuck it” to everything and gets on with his life. Whether its his reference to Rayon as “Miss Man” (which made the audience laugh out lout), or his reaction to a homosexual customer of the medicine he sells being “fuck off” when the young gentleman winks at him, Ron’s proactive and positive approach to his illness never falters.

Its inspiring to watch. 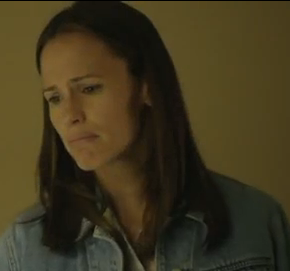 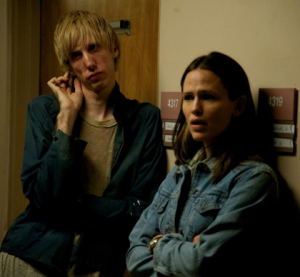 It is a compassionate tale of one man’s search for a cure before his time is up – and manages to blend an upsetting story with some hilarious comedy in the process, giving its entire screen time a wonderfully open, realistic feel.

A homophobe overcomes the phobia, and begins to accept these people for who they are.

A sensitive health issue is exposed and laid bare.

As well as its emotional and heart-wrenching plot, Dallas Buyers Club broaches the subject of HIV & Aids in a style that no documentary or leaflet ever could. We follow the journey of a discovery, a distraught man, and then of course – how he’s going to deal with it. But what is the best way to deal with such terrifying news?..

..be you, of course. Continue being you. Laugh, and make others laugh. Return the joy others put into your life. Because its this humour which gets us through hard times. Not sitting around wallowing in misery – there is no point dwelling. Deal with it. Get up, and go embrace life. However much time of it you have left.

This entry was posted on February 10, 2014 by rickysfilmreviews.