Jason, Daniel and Mikey are best friends who all have girlfriends. Things seem to be going fine with the couples, until each of them arrive at that awkward stage. That classic stage, where one question could mean the happy continuation or total downfall of the relationship: “..so where is this going?”

And we’re about to find out…

This movie was absolutely FUCKING AWFUL. It really was. Its basically a tacky flick which squeezes as much immaturity out of its actors as humanly possible, whilst focusing on the classic chauvinistic traits many guys adopt in their early twenties. It does manage to highlight the element of relationships however, with each man having his own separate storyline – and we get to see how each one unfolds, with its own issues and obstacles to overcome such as family, career, etc.

That Awkward Moment ‘hit the nail on the head’ – as they say – in complete reverse. It gave us a movie which displayed everything most women find vulgar in a man, topped with humour which just wasn’t funny. In fact, I feel slightly irritated just thinking about it.

But what were the upsides?

Did it manage to entertain?..

Read on to find out. 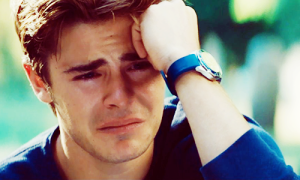 Zac Efron gets completely nude – and takes part in some DELICIOUS sex scenes.

I have to point this out straight away for those fellow Homo’s and straight girls everywhere who don’t mind an eyeful of Zac.

Imagine a moment where you’ve felt incredible – you know, someone performing oral sex on you which tips you over the edge and makes your legs fly. Or when you swallow a bit of food which somehow forces your eyes closed and a smile to rise, as you pull the spoon from your lips..

This is how I felt the second Mr. Efron popped up – naked. Broad shouldered. Furry chest. Butt so peachy you could bite it. Shagging a girl from behind..

I’m not going to lie – his body is fucking amazing, and is literally one of the best elements of this movie. High School Musical just turned into College Cock, I tell you. And its a beautiful sight. You don’t get to see his Jolly Roger (unfortunately) but you get more than your money’s worth of toned, ripped body to go gooey over. Its only 45-60 seconds in total of the whole movie that you get of Zac Efron naked, so keep your eyes (and everything else) peeled ladies.

At one point, I sat there mumbling “oh FUCK yeah, ohhh..” – then suddenly snapped out of my sexual stupor to find my teeth were biting down hard on my bottom lip, and I had sunk a little in my seat. I quickly sat up, and sorted myself out – not giving the slightest shit about the three girls sat behind me (even though they themselves had their legs flopped over the back of my row of seats, feet swinging wildly) – it appears I wasn’t the only one who felt a brief moment of relaxing pleasure.

I would strongly suggest you sign up Zac – you’ll become more richer than you already are!

Not Many Miles On His Clock

Miles Teller. The “who are you?” of Hollywood.  And to be honest, has not earned his rightful place to even be there. This twenty-something American actor is a bit too bland for me; shabby, pale face and desperate attempt at being funny but not quite cutting it.. he just isn’t all that.

His ‘lost sheep’ appearance only adds to the whole ‘is he funny? I can’t tell’ opinion I have of him. I first saw him in 21 And Over – another immature film where he got completely naked (apart from a sock on his donger) – and he returns again in That Awkward Moment – and gets naked again. You have to hand it to the guy, for what he lacks in being funny, he makes up for in nudity.

At the moment, he seems to pop in and out of movies – this one being his main feature to stick around for. But otherwise, he’s basically a ‘fill-in’ who manages to hold up a movie, but doesn’t quite nail being comedic. Actually, I wouldn’t be surprised if in a few years Family Guy mocks him in one of their episodes. I can see Seth MacFarlane doing this, like many other actors, MTV presenters, etc.

Miles reminds me a bit of Jennifer Lawrence. Random comparison I know, but when I look at him he seems to have the same sort of facial features as the famous Hunger Games actress.

See if you can spot what I mean. 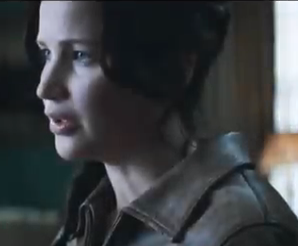 Imogen Poots – flowering star of Hollywood. And saviour of That Awkward Moment. She was like a bullet of sheer relief whenever on screen, due to her diverse looks and natural acting talent. If anything, I’m sorry she had to suffer the burden of being in such an awful movie.

After meeting her in a bar, Ellie (Poots) takes Jason (Efron) home and sleeps with him. However, on waking up in the morning and looking around her flat, Jason comes across circumstantial evidence that she may be a prostitute. Scared witless, he does a runner – only to bump into her the very next day at work when it is discovered that she is a client doing business with Jason’s company. And an embarrassing confrontation takes place..

Sort of. Again, this movie is so tacky that even the confrontation between Jason and Ellie is totally uneventful. It is basically Jason passing a notepad to Daniel with the word ‘HOOKER’ and an arrow pointing toward Ellie on it – Daniel’s reaction is nothing short of schoolboy-standard stuttering for a few seconds, before the scene is lost.

I can only assume Imogen was a relief because she was miscast in this movie. She is way too talented for crap like this, therefore her dynamics were superb, lighting up the screen with emotion and dry wit.

That Awkward Moment is pure candy for those between the ages of 15 and 19 I reckon; this is the feeling I got when watching it. The movie is brimming with attitude and contains such slack, immature scenarios that I reckon kids will love it. Its one of those American Pie style films – only much less funny.

I had just turned 16 when American Pie was first released back in 1999, and remember most of my friends loved it because of its yucky-funny approach at delving into relationships – it was rather tacky and the director didn’t make it subtle by having most of the characters on screen all the time, throwing constant vulgar jokes at its audience. No holes barred, no intriguing plot. Quite simply: spattering the audience in shit.

Whilst sat in the audience yesterday, most of the people behind me were late teens / early twenties and they were literally HOWLING at things that just weren’t laughable. One thing that stood out is when Daniel is talking to a girlfriend about the useless crap in his life, and he says to her how he remembers: “when I was a little boy, opening all the windows wide at night and laying on top of the covers – so I could see how homeless people lived”.

That was it – a teenage boy behind me howled with laughter and clapped his hands loudly in classic, “yeah man! That is sick” mode.

I was dumbfounded. At the screen, and the boy behind me.

So, if you’re a fully grown mature adult with a realistic grip on the world then steer clear of this – but send the kids (teenagers) out to watch it by all means. They’ll lap it up. 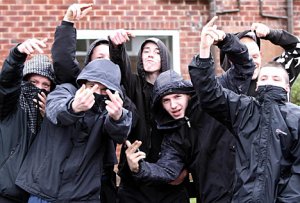 Just When I Thought It Couldn’t Get Any Worse..

..one of the male characters (who happens to be a nurse) fucks his girlfriend on a hospital bed.

As in – his place of employment, which could result to him being fired or even struck off the medical register.

Fucking idiot. This scene literally sealed the deal for me and I started to detest everything about the movie.

One thing I noticed about this movie is how easy I found it to lose track.

That Awkward Moment is basically three men – clutching takeout coffee – strutting down the street, discussing their sex lives and relationships. Each scene seemed to blend so effortlessly into the next, that a few times I didn’t realise it had bloody changed! I found it to be a mish-mash of scenes in which the men conversed disgustingly, acted like fucking idiots, and came across as sexist.

In the end, I literally didn’t care what happened. I sat back, bored senseless, waiting for the tedious thing to end. 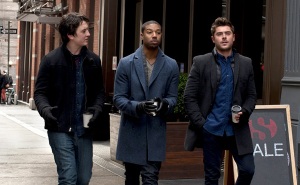 In one scene, Daniel and Jason visit a sex shop.

..and then the scene finishes.

I think I’ve honestly had more of a riot at a funeral. I shifted arse cheek yet again as the right one had gone numb, and sighed.

Another scene sees Daniel arrive at his girlfriend’s house for Thanksgiving dinner. And his very first comment is about having sex with her grandma.

Yes. His arrival is literally drowned in an excruciating conversation about how he could fuck his girlfriend’s grandmother, and make another girlfriend within two generations.

I felt sickened. What the FUCK did director Tom Gormican think he was doing here?! Did he think this sort of stuff was hilarious? Serious? Relevant?..

One of the very final scenes sees Jason and Daniel sat in a coffee shop talking about Daniel’s girlfriend. He confides in Jason how much he adores her, and wants to tell her this. Jason urges him to do so. Within seconds, the pair exit the coffee shop, run down the street, across the road – BANG.

Daniel is smacked by a passing car. Thrown up into the air, his body crunches violently then plummets to the pavement and smashes into the concrete.

..the next scene sees Jason sat by his friend’s hospital bed – with Daniel sat upright, not a scratch on him, making erection references under his bed sheet with his hand.

I reached for my bag, and then as I was clutching it, urged for the movie to finish immediately. I couldn’t take any more.

Overall, That Awkward Moment is bloody awful. Whoever came up with its concept needs firing. It is a disgraceful piece of cinema, fuelled by vulgar references and irrelevant sexual discussion. But all this gets worse because it is surrounded by irritating characters who thrive off their own immaturity. I’m afraid the only good element of the movie is its observation of human relationships and the effects they have on people.

Otherwise, I would urge anyone and everyone to avoid this movie at all costs. DO NOT pay to see it. Because you’ll regret every penny.

I just checked the Cineworld website – and this movie has had its showings cut dramatically to one per day, at only a few Cineworld cinemas in London.

What a surprise, oh no! (in the most sarcastic tone ever made)

This entry was posted on February 7, 2014 by rickysfilmreviews.