Adam (Mark Ruffalo) is a recovering sex addict. He is part of a Sex Addict group who meet regularly to vent their issues (mainly sexual, would you believe) – and that is literally it. There is no other plot than this – I’ve even Googled the movie, and there are fewer than 3 or 4 lines on each site. So let’s get on with the review..

As soon as I saw she was in Thanks For Sharing, I instantly thought ‘shit’. The aggressive-for-no-reason pop star who sports the appearance of an Albino lesbian dumped in a movie about sex addiction – joyous.  However, I was proved wrong (love it when that happens) as Alecia Moore displayed brilliant acting quality I didn’t think I’d see from her. I know she’s been in a few other features, but her role of disgruntled, sexual boomerang Dede was great. She isn’t in it for long, but provided some well-needed comic relief – because let me tell you – the rest of the cast and plot was bloody painful. 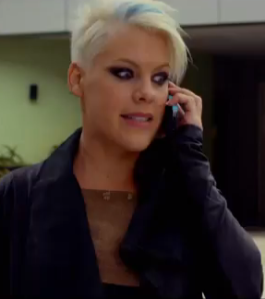 The movie continues its arse-numbingly boring journey, with Adam meeting Phoebe – a gorgeous blonde keep-fit addict (Paltrow) who suffered breast cancer a while back. They fall for each other, and soon enough Adam’s ‘sexy secret’ is uncovered; leaving Phoebe in a difficult position – love him or leave him?  At the same time, Mike (Tim Robbins) has his own issues with his estranged son who turns up out of the blue, and then theres Neil (Josh Gad) – compulsive wanker (yes I’m being serious, he’s hooked on ‘choking the chicken’) whose perverted antics lose him his job as a nurse at the local hospital. That’s more or less it I’m afraid – but these issues the characters experience couldn’t be any more uninteresting. The characters are there, the stories are there – unfortunately the entire thing was delivered by the actors in a total “when’s our lunchbreak?” way. 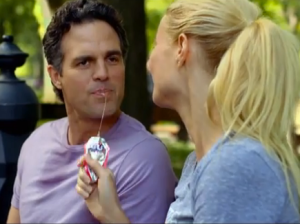 This was my query throughout the movie. OK, so the main men of the story were addicted to sex. But what I couldn’t fathom was HOW the fuck any of them managed to even catch the eye of the old lady who lives upstairs, let alone a single moderately-attractive young woman. Lets face it; Mark Ruffalo – you may be slightly rugged, but you’re no Adonis. More of a ‘Mr Bean given an extreme makeover’. Tim Robbins – nowhere near sexy. And then Josh Gad – let’s just say, I understand why he was more the ‘wanker’ than ‘fucker’.  Yes, I am aware sex addicts come in all shapes and sizes, but for the love of God – give us a bit of Ryan Gosling with his little blond butt being thrown against the wall, not this bunch of crones. Just the repulsive sight of Ruffalo’s furry chest as he sat masturbating made me think, “yeah…mate, you’re really not making it any easier on your career – or our eyes”. 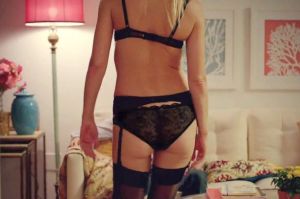 Things The Movie Does Right

The whole premise of addicts / addiction. The director managed to portray a sensitive subject quite well. I.E. the emotions and feelings they display, the meetings they have to attend, and the ‘checking in’ they are subjected to perform. Ruffalo’s character describes addiction as “a disease” at one point, which I found rather interesting; I assumed addiction to be enjoyable – hence why the person is addicted. But I guess you become so obsessed with the sport in question, that pleasure evaporates and it controls you.

Halfway through the movie, is an incredibly irrelevant scene. It is where Adam’s friend Neil (who I must point out, has just come from nothing even remotely Italian) rides a bike up a street, raises his hands and screams “ITALIA!”, starts to wobble, and then crashes into the side of a parked van. All this happens to the blast of Italian opera music. But to be honest, I don’t know – and don’t want to know either.

I knew I knew that face! Of course! Its ‘the squeaky one from Jumpin’ Jack Flash‘, Carol Kane. She cameos as Neil’s overbearing mother. But only briefly. I’m unsure if she has been cast in anything over the past decade, but the last thing I saw her in was indeed Jumpin’ Jack Flash – so naturally, it felt very random seeing her on screen for all of 7 minutes in 2013.

Summing up the movie, I can categorically state that Thanks For Sharing is utter shit from beginning to end. I was itching to get out of the auditorium, and kept breathing out tedious sighs with a wide-eyed expression, hoping to God himself that the bloody thing would come to an end – quickly. If you want entertaining, I suggest you go and watch two old ladies (who aren’t even interacting with each other) sat at a bus stop.

So, what I thought (Alecia Moore) would be tacky, was actually good. And what I hoped (the entire movie) would be raunchily funny, was the fourth worst feature I’ve seen this year. If you’re wanting entertaining, you’re best off staying in with a can of Budweiser and a wank. 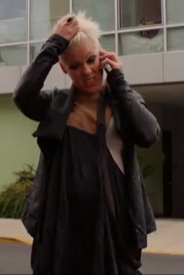 Avoid at all costs. Don’t even rent. And certainly don’t make the effort to watch it when aired on television in the future.

This entry was posted on October 5, 2013 by rickysfilmreviews.