When Cecilia’s abusive ex takes his own life and leaves her his fortune, she suspects his death was a hoax. As a series of coincidences turn lethal, Cecilia works to prove that she is being hunted by someone nobody can see. 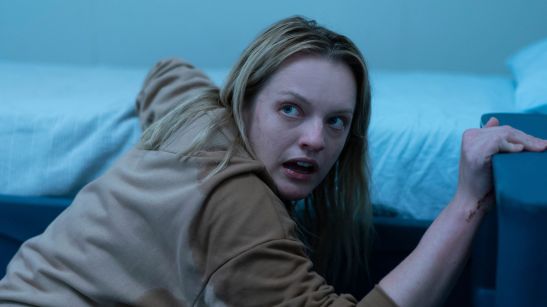 I’ve started to like Elisabeth Moss. I only really noticed her a year or so ago when Us was released in cinemas. Some might know her from The Handmaid’s Tale. She seemed like more of a supporting artist in Us, but by god does she take the stage in The Invisible Man. What this movie does magnificently is create a heightened sense of anticipation during particularly calm scenes. The beauty of it is that we never quite know if Adrian is there or not. Seemingly normal rooms become puzzle boxes, with even a windowsill giving off a weird vibe. Close-up moments of the corner of a room work well too. Cue Moss and her agitated facial expressions to flood the screen with a sense of dread and bingo – you get one hell of a mystery on your hands.

A scene near the beginning of the movie uses a wide still-shot with no actors in it at all, and works perfectly. Similar to the first Paranormal Activity movie where you’re sat watching the screen for something to happen.. it’s intense.

As far as thrillers containing invisible forces go, you could do a lot worse. Another good thing about this movie is its structure; it doesn’t lag too much as it shifts from the apartment – to the hospital – to Adrian’s exquisite house. And it’s all threaded together with the presence of an invisible person. Oh, and the restaurant scene! Absolute shocker, I was completely taken by surprise. It’s also not hard to feel a sense of empathy with the lead character as she screams her way through the story. It isn’t just about an unseen man creeping around doing naughty things, the story actually roots itself firmly in the effects that human behaviour and emotions have on people and their partners.

Domestic abuse is the main theme of The Invisible Man. A very serious subject which is portrayed with a unique twist. I’ve never heard of a movie where the man makes himself invisible in order to stalk his partner before. But Adrian using optics in order to hunt Cecilia down and push her to the edge is different. Invisibility is an imaginative concept that might usually be used for comedy or adventure – but not here. The domestic abuse continues from an unseen presence, which makes it sad to see Cecilia suffering and double sad that no one believes her about ‘the invisible man’. 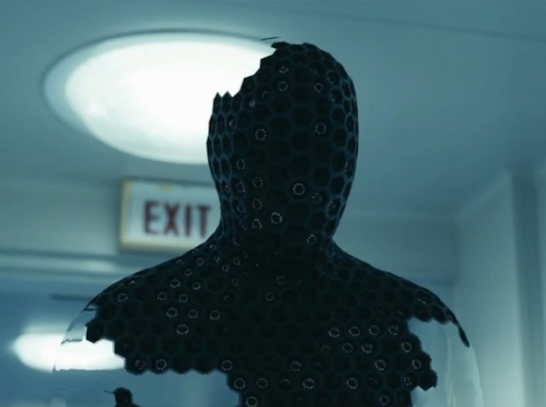 This movie’s refreshing twist on both domestic abuse and the concept of an unseen man earns it its rightful place in recent cinema. What could be a tired, recycled attempt at the theme of invisibility actually smacks the viewer in the face (pun intended – I shouldn’t really) with the perfect blend of drama and adrenaline.
Subtle but effective.

This entry was posted on July 26, 2020 by rickysfilmreviews.