When the owner and operator of a luxurious island invites a collection of guests to live out their most elaborate fantasies in relative seclusion, chaos quickly descends.

What a fucking terrible, TERRIBLE excuse for a movie this is. Fantasy Island feels far from and anything but a fantasy as you sit being force-fed the background of each individual character, in what supposedly keeps the story together. Personally, I felt such a lack of empathy towards them all that I couldn’t care less about each journey’s outcome. This wasn’t helped by the fact each person was beyond arrogant.
The whole thing is messy and tedious as it jumps from Melanie – to Patrick – to Gwen – to Brax – to Damon.. all while the titular island seems to be concealing something dangerous. And even this isn’t done very well. 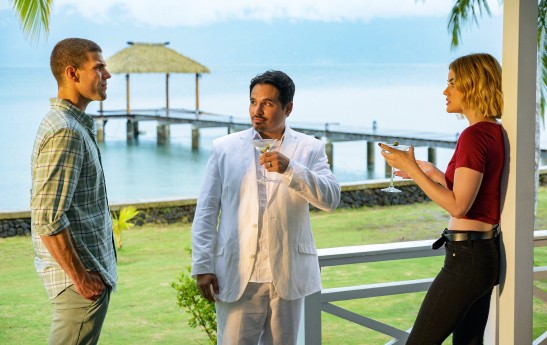 Viewers are presented with Mr Roarke (Pena), the keeper of the island who has absolutely no qualities to differentiate himself from the guests. You’d think a character like this would at least have a creepy personality. A strange smile, or look in his eye to bring about a sense of unease. But no. It’s simply Michael Pena in a white suit with good table manners. So that’s the first major protagonist out the window, leaving it down to the boresome group to stretch out the movie’s running time. 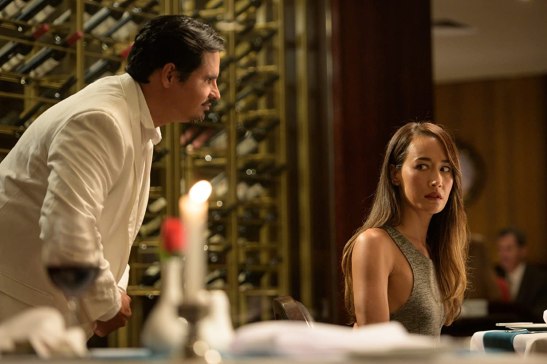 Blumhouse are like Asda: they’ll generally have a good range of decent products, but every now and again they’re completely out of stock and you’re left with shitty reduced price items. In this example, Fantasy Island is the shit on the shelf. And it’s past its use by date too. Their standard practise is releasing a variety of decent and sinister stories, some great entertainment. And then they chuck something at Hollywood that is utter tripe. I don’t think I need to elaborate further.

I was actually in the hallway between the auditorium and the door before this film had finished, I was that fed up of it. I watched until the credits rolled and ran.
Expect bad acting, even worse humour, a disjointed plot, despicable characters, and moments of confusion as you question why you chose this film to sit in front of for about 107 minutes.

This entry was posted on July 26, 2020 by rickysfilmreviews.