A lonely woman befriends a group of teenagers and decides to let them party at her house. Just when the kids think their luck couldn’t get any better, things start happening that make them question the intention of their host. 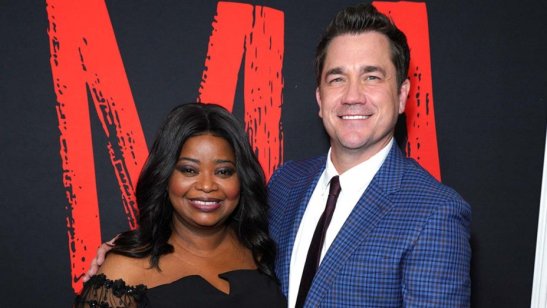 This movie is seriously crazy shit. It’s also very watchable, with a story so free from twists and character depth that it frees up time for Spencer to take the floor. And she does so with a brilliantly wacky energy; her reckless attitude and loose mannerisms make up a character so sinister that you can’t help but wonder what her back story is as the movie progresses. An older woman befriending a group of teens and taking them under her wing may sound odd, but plying them with booze in her basement is something else. And seeing Spencer dressed about twenty years younger, waving her arms in the air and screaming in delight as she bops to pounding R&B music.. is so weird it’s hilarious. The whole concept is dangerous (and probably bordering on child abuse given the psychological influence the lead character has on the kids), but this also gives the movie the push it needs to gradually reveal the reasoning behind Ma’s activity.

The plot is incredibly simple – it’s a tale of revenge. A young girl who was bullied harshly by her peers waits until they are all grown adults to get her own back. The way in which she executes their punishment directly involves the now adults’ children. This gives Ma a mixed vibe of hurt and vulernability, as well as spite. And naturally this means one or two scenes during this movie are bloody gruesome. You might think the fact that Sue Ann’s job as a veterinary technician is an obvious getaway part of the plot, but it means she has access to an entire personal toolbox of torture devices for her victims.. 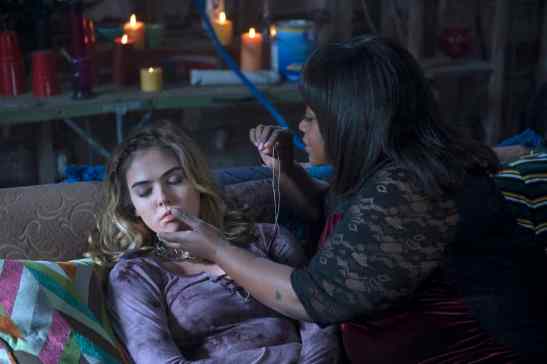 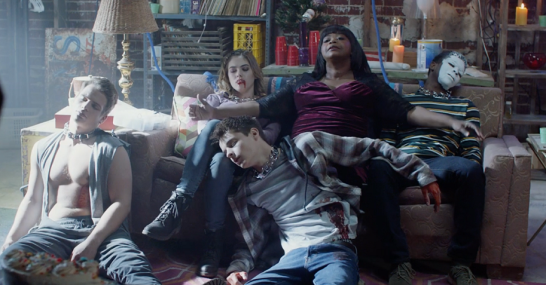 Ma is watchable rubbish. The sort of thing you’d catch once on Netflix and forget existed shortly after, but remained entertained by throughout. It’s one all fans of psychological horror should give a go, and its freaky example of how someone can take advantage of other people so easily resonates eerily as the closing credits roll. It’s slightly sad in a sense.
Spencer couldn’t have been better placed with those glazed eyes and distant facial expressions; just seeing that chubby smile immediately turn gravely serious is enough to make you shiver with anticipation. She captures the character perfectly when playing this woman. Ma is one of those personalities most people would shit their pants if confronted by. She means business – and it’s terrifying. 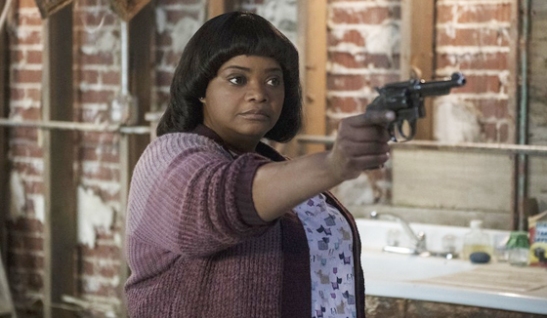 This entry was posted on September 21, 2019 by rickysfilmreviews.