A war-hardened Crusader and his Moorish commander mount an audacious revolt against the corrupt English crown in a thrilling action-adventure packed with gritty battlefield exploits, mind-blowing fight choreography, and a timeless romance.

There have been one or two movies (A-HEM, King Arthur: Legend of the Sword, The Great Wall) screened at the cinema over the past few years based on popular historical figures that have just flopped. Both in my opinion, and online reviews from various people around the map. And before I went to see Robin Hood I read a scathing review in a local newspaper.. but thought I would give it a go. 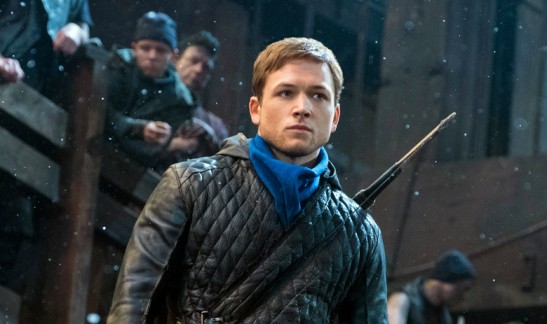 I cannot stress enough how strongly I would urge anyone to avoid this movie. My first thought before beginning this review was, “how on god’s earth can I write this one up?”, it is that bad a production. So in all enthused glory I shall bullet point the good (if possible) and the bad elements of 2018’s Robin Hood.
As mentioned above, various movies in the past have taken a historical figure and tried to emphasise the impact he or she had on the general public or in politics. Robin Hood however, seems to grab this brave outlaw by his balls and hang him upside down by the sack.

This so-called movie is an endless parade of gunfire, swords and arrows, just about held together by a tedious and loathsome love story. From the opening scene Egerton is caught up in battle and explosions, scenes which seem to drag on forever. And it’s plain to see the action unfolding on screen is only at the entertainment of director Otto Bathurst. As though oblivious to the ideas and opinions of everyone around him, the director goes full steam ahead by having the protagonist jump, pounce and swing through dangerous lands whilst pausing every so often to sulk over the loss of his love, Marian. It has to be one of 2018’s most arse-achingly tedious movies with aggressive action unfolding almost continuously for 114 minutes – because it can. 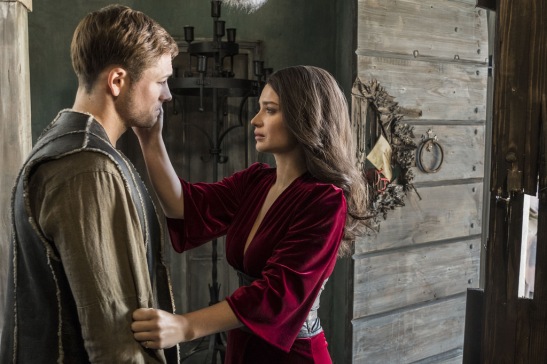 Robin Hood does pause at certain points to deliver scenes of domestic – sorry – romantic passion between the main man and Marian. Or more like domestic abuse, as Egerton appears on screen shoving Hewson backwards into an alcove before awkwardly interlocking their bodies. Of course this is supposed to be gooey action taking place, but perhaps Bathurst got wrapped up in what seemed a hostile action-flick stupor. Yes, even the romantic moments were fuelled by cold stares and rough body language.

How was Leonardo DiCaprio behind this movie? Listed as one of its producers, I am gobsmacked that the actor got involved with this dark, tediously action-obsessed piece of crap. 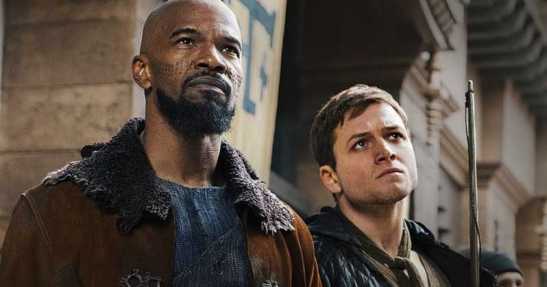 Ok, I got enthusiastic above. I said I would point out the good and bad elements of this movie. Truth is – there are very little good elements. I therefore end this review with about as much enthusiasm in my bones as Gemma Collins attending a Weight Watchers group.
And if you do sit down to watch this.. good luck.

This entry was posted on February 16, 2019 by rickysfilmreviews.